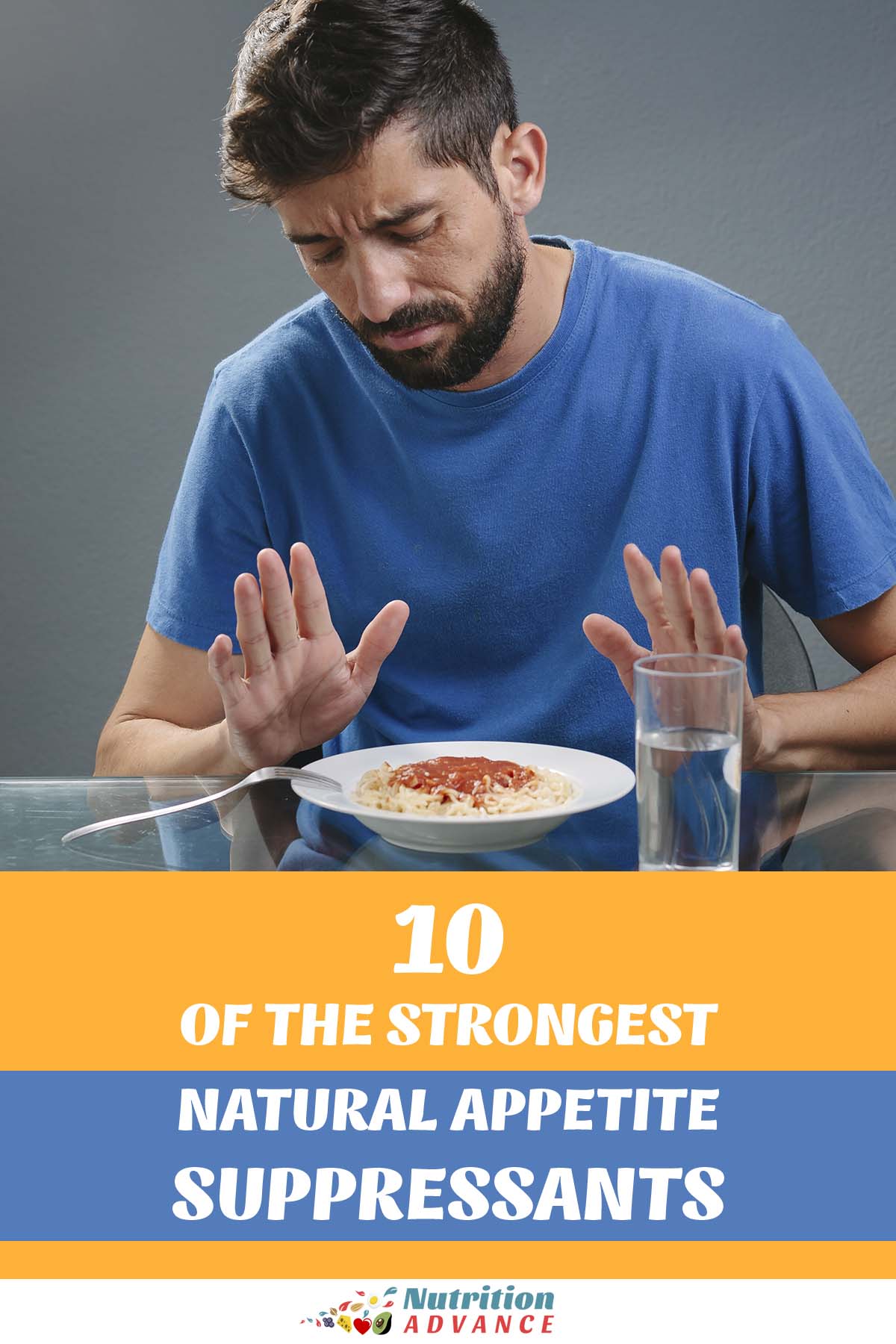 In recent times, the vast majority of us overeat food.

As a result, losing weight can be difficult, and many people look for miracle foods or supplements for a helping hand.

However, eating less doesn’t require weight loss supplements or drugs. Changing the way we eat can also help to curb our appetite.

In this article, we present ten food-based natural appetite suppressants; foods that research suggests may improve levels of satiety and help curb hunger. 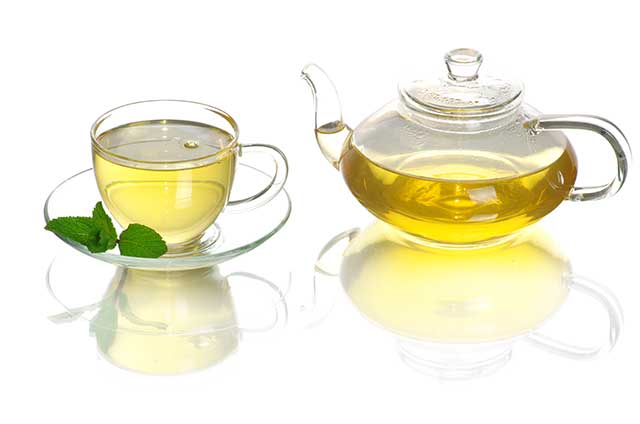 The origins of green tea lie in China, but the Japanese have long been the biggest green tea consumers per capita.

This traditional drink has several health benefits related to the chemical compounds—polyphenols—in the tea, most notably the catechin EGCG (1).

Research also suggests that this compound may potentially have slight appetite suppressing properties.

On this note, a randomized controlled clinical trial had 115 women with central obesity consume the equivalent of 856 mg EGCG per day for 12 weeks. Compared to a placebo group, women in the green tea trial showed “significantly lower levels” of ghrelin (2).

Ghrelin is a hunger hormone responsible for boosting appetite, and green tea may help curb hunger by inhibiting its secretion.

However, 856 mg of EGCG is approximately 10 cups of green tea, which is difficult to consume in a day.

Focusing on protein-rich foods is likely a better idea.

Key Point: Research appears to show that the EGCG polyphenol in green tea can inhibit the secretion of hunger hormones. Therefore, green tea may (very slightly) help to reduce appetite.

Whey protein is a low-energy, concentrated source of protein, widely regarded as the most satiating macronutrient (3, 4).

In one study, whey intake before a meal increased feelings of satiety in the trial participants, and it also led to higher levels of cholecystokinin (CKK). CKK is a gastrointestinal hormone believed to act as an appetite suppressant (5, 6).

Furthermore, a review of controlled clinical trials suggests that whey has particularly satiating properties compared to other dairy proteins (7).

Also, a randomized trial compared the ability of whey, turkey, tuna, and egg protein regarding their potential to influence satiety. The results found that whey had the most significant effect on lowering appetite and reducing energy intake at the next meal (8).

For anyone struggling with their appetite and food cravings, whey supplementation is a cheap and protein-rich option that may help. 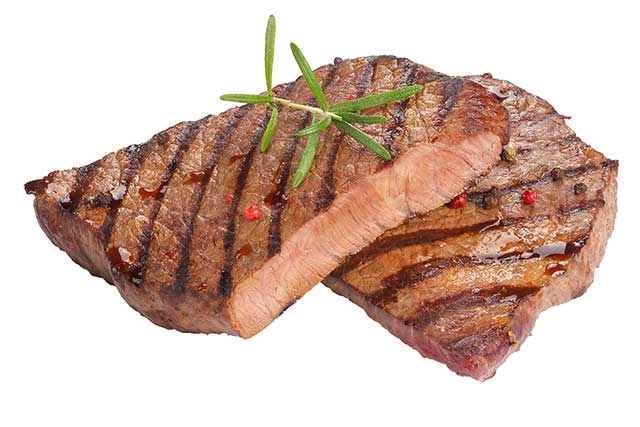 As previously mentioned, protein is the most satiating of the three macronutrients.

A typical serving of steak is an excellent source of protein, and an 8 oz (225-gram) steak offers close to 50 grams of protein (9).

Also, beef is a nutrient-dense food that provides numerous essential vitamins and minerals.

Interestingly, some studies suggest that the micronutrient density of food may affect how satiating it is. Perception of hunger, irritability, discomfort, and “hunger pains” all decrease on a high nutrient density diet (10, 11).

A recent trial served twenty women with either a beef casserole or a vegetarian casserole for lunch. Following this, the women were able to eat as much dinner as they wanted at the later evening meal.

Notably, the women who had the meat-based casserole for lunch consumed an average 12% fewer calories at dinner (12).

Key Point: Beef is a nutritious and satiating food choice, and it may help to reduce energy intake.

Fish offers many of the same satiating benefits as beef does; it is a nutrient-dense rich source of protein.

Notably, fish protein may be even more satiating than beef protein. In one study, researchers fed participants a calorie and protein-matched lunch featuring either beef or fish.

Following this, those who had the fish-based dish had an 11% lower energy intake at an ad-libitum dinner four hours later (13).

This potential greater satiation from fish protein is further supported by an interesting (but small) study, which found that plasma amino acid concentrations take longer to peak after a fish-based meal (14).

Key Point: Overall, fish is a satiating food that can help to lower feelings of hunger and decrease appetite. 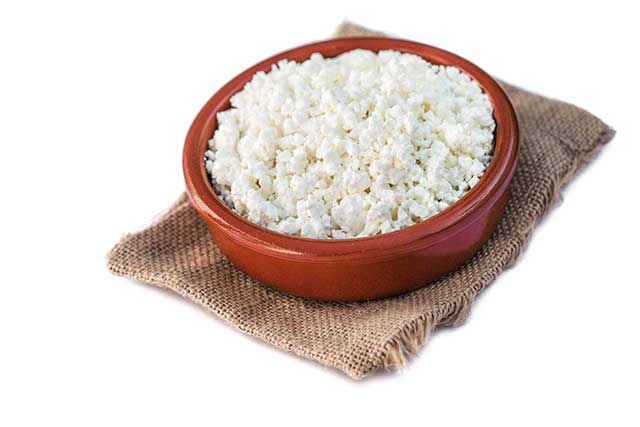 Cottage cheese is an incredibly protein-dense food, and some products can offer as much as 12.5 grams of protein for as little as 72 calories (15).

In other words, cottage cheese is very high in protein yet contains minimal calories, which makes it a satiating addition to a diet.

Notably, a randomized controlled trial on the satiating effects of cottage cheese showed it to have a “similar satiating power” to eggs (16).

Both foods have a better satiating effect than typical cereal-based breakfasts, largely due to their superior macronutrient profile.

Following protein, fiber is the next most proven nutrient for suppressing hunger, and research shows that greater fiber intake can have a significant positive effect on satiety.

Key Point: Adding small amounts of psyllium to a meal could be a way to help curb appetite. 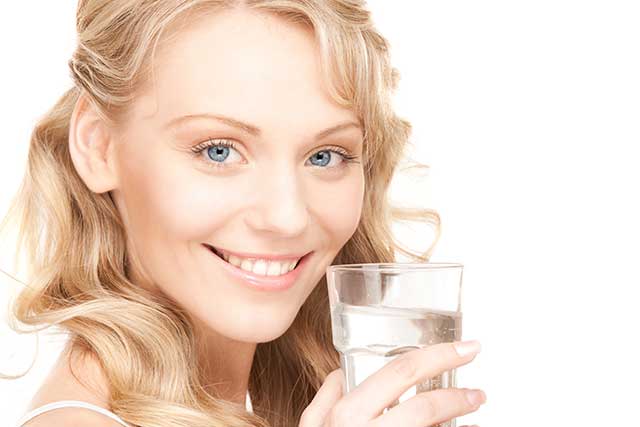 One of the very best natural appetite suppressants is water.

Thirst is a stronger sensation than hunger, and it is possible to confuse the need for water with hunger (19).

Research confirms that drinking water can increase feelings of fullness too. In a controlled trial, drinking one pint (568-ml) of water before a meal decreased energy intake by approximately 20% (20).

In a further trial, 24 obese elderly adults either consumed an ad-lib breakfast with or without a 500 ml glass of water.

Interestingly, the group who didn’t have the glass of water consumed an extra 74 calories of food on average (21).

Firstly, eggs offer an excellent nutrition profile, and they provide a great source of fat, protein, vitamins, and minerals.

Consuming eggs for breakfast is a great way to suppress hunger throughout the day.

Key Point: Eggs are a nutrient-dense food that are extremely satiating. An egg or two can be an excellent way to quell appetite. 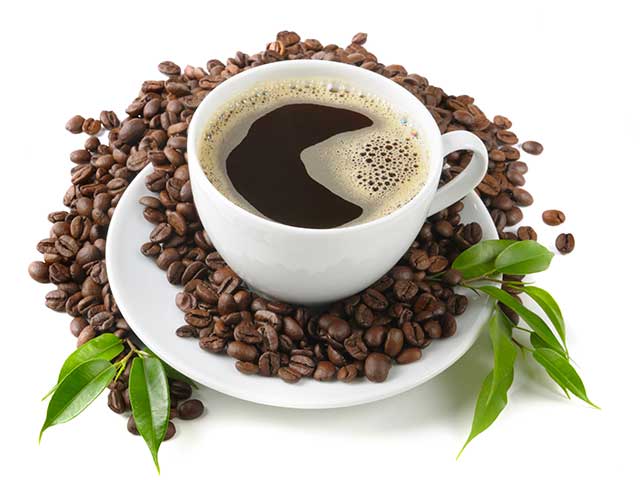 Initial research on the hormone demonstrates that it leads to a dose-dependent reduction in food intake in animal studies. In human trials, it reliably reduces appetite (25).

In a randomized, controlled trial featuring 11 human participants, both caffeinated and decaffeinated coffee led to increases in PYY (26).

Interestingly, decaffeinated coffee led to the most significant increase in the hormone. A control drink of caffeine in water also had no effect on PYY levels, which suggests that the increase is due to a different compound in coffee.

A review of the literature on coffee and appetite found that coffee consumption 0.5 – 4 hours before a meal may suppress energy intake (27).

While not quite a whole food, glucomannan is a type of fiber derived from the roots of the konjac plant.

Konjac is a kind of yam that is native to China.

Notably, research suggests that glucomannan can lower appetite levels. One study showed that adding glucomannan to a low-calorie diet of 1200 kcal reduced hunger levels and improved feelings of satiety (28).

Further to this, glucomannan supplementation increases satiation by decreasing levels of the hunger hormone ghrelin and expanding in the gastrointestinal tract as it absorbs liquid (29, 30).

For these reasons, using glucomannan may provide slight appetite-reducing benefits for people struggling with food cravings.

Despite the visibility of success stories, weight loss is never easy, and it does require constant and sustained effort.

For anyone having trouble with reducing food intake, some of the appetite-suppressing foods in this article may help.

Combining several of these choices may also increase the satiety-related benefits.

That said, it is our diet (and lifestyle) as a whole that is important, and there is only so much that individual foods can do.

For further information, see this guide to sensible and sustainable weight loss.