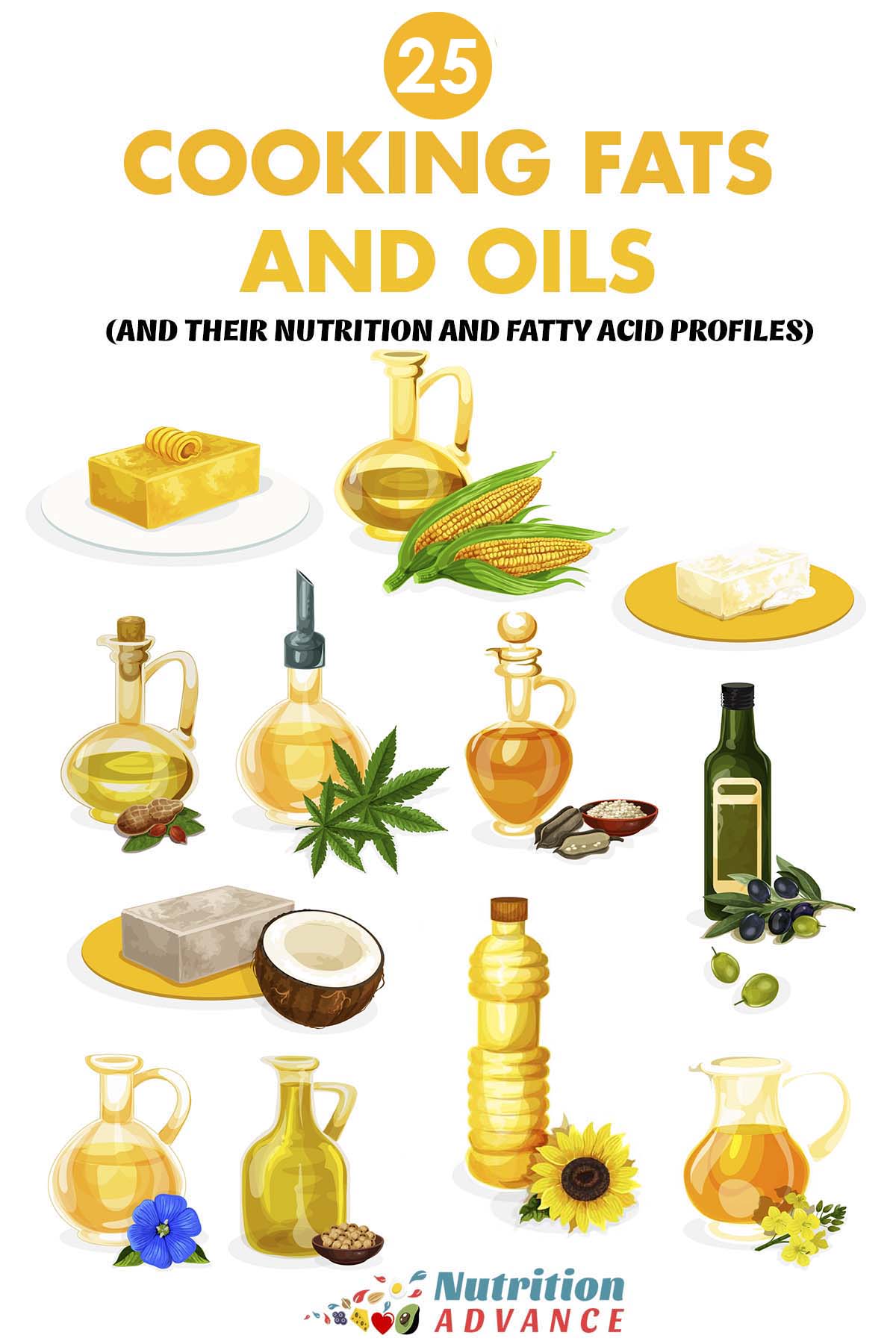 There are many different choices of cooking fat, and most of us use them to cook our food from time to time.

Choosing the right option and using it in sensible amounts is very important, as we can compromise the benefits of different foods if we use excessive amounts of added fat.

This article provides a list of 25 common cooking fats and oils alongside their full nutrition profiles, sourced from the USDA’s FoodData Central Database.

Additionally, we take a balanced look at their potential benefits and drawbacks. 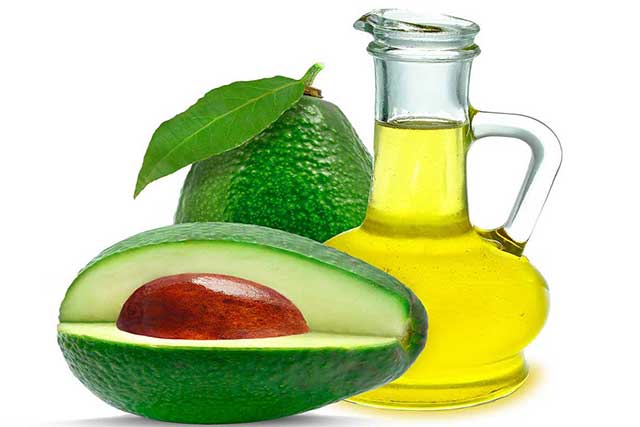 Avocado is a relatively new oil on the mainstream scene, and like olive oil, it is high in the monounsaturated fat oleic acid.

Here is the full nutrition profile for avocado oil per tablespoon serving (1):

Key Point: Avocado oil is a good choice for high-heat cooking, but it can be a little expensive.

However, taste and nutrition are two separate topics, so is butter a good choice?

The nutritional values for one tablespoon of butter are as follows (3):

Key Point: Butter is a delicious cooking fat, but it can burn when exposed to prolonged high temperatures. 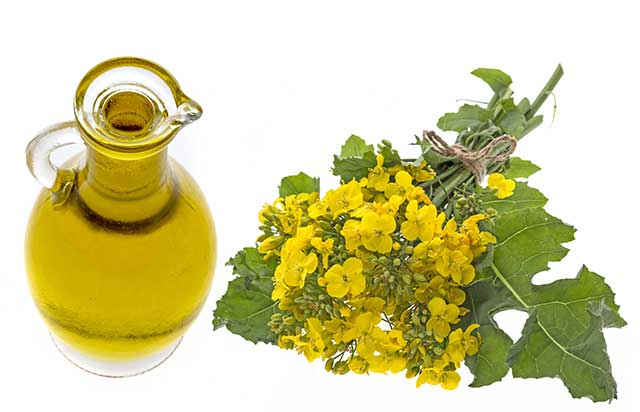 Canola is otherwise known as rapeseed oil and it is primarily a source of polyunsaturated fatty acids.

Firstly, here is what one tablespoon of Canola oil offers (11):

See here for a deeper look at Canola oil.

Key Point: Canola has a high smoke point and it contains a large amount of monounsaturated fats. However, some studies suggest it may degrade when used at high temperatures for long periods.

It is possible to buy cocoa fat (the fatty part of the cocoa bean) and it can even be used in cooking.

The only problem? It’s rather expensive, and for the majority of people, it doesn’t offer good value.

Cocoa butter is mainly a source of saturated and monounsaturated fatty acids.

Per tablespoon, here are the nutritional values it offers (16):

Key Point: Rich in saturated and monounsaturated fat, cocoa butter is a delicious and heat-stable fat. However, it is difficult to recommend due to its expensive price tag. 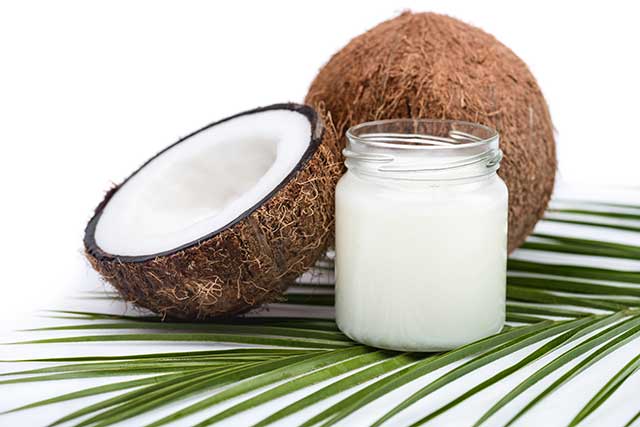 With a long history as a traditional fat in the tropical regions, coconut oil has surged in popularity over the past decade or two.

Although it can sometimes leave things tasting slightly coconutty, this popular oil has some positive (and some negative) points.

Key Point: Coconut is a popular cooking oil, but some people may dislike the slight aftertaste it leaves.

Also known as maize oil, corn oil comes from the maize germ, and it is a type of seed oil.

Similar to other seed oils, corn is predominantly a source of omega-6 polyunsaturated fat.

Per tablespoon, here is what corn oil offers nutritionally (22):

Key Point: Corn oil is a very affordable cooking oil with a high smoke point, but it may not be as heat-stable as oils such as olive oil. 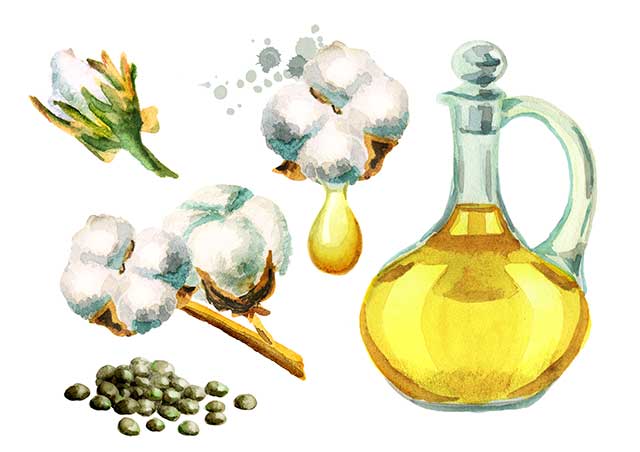 Cottonseed oil has a long history, and it was the primary ingredient in partially hydrogenated (trans fat) shortening products like Crisco and Cottolene.

There is a robust scientific consensus on the harmful effects of trans fat, but how does cottonseed oil perform in its lesser processed liquid state?

Below you will find the nutritional values per tablespoon serving (27):

Key Point: Corn oil is a cheap and affordable cooking oil, but it isn’t suited for long cooking times at high temperatures.

We can often hear claims of extra virgin olive oil being the healthiest oil in the world.

However, there seems to be a common belief that olive oil is excellent for use on salads but not suitable for cooking. Is that true or is it just a myth?

First, here are the nutrition facts per tablespoon (30): 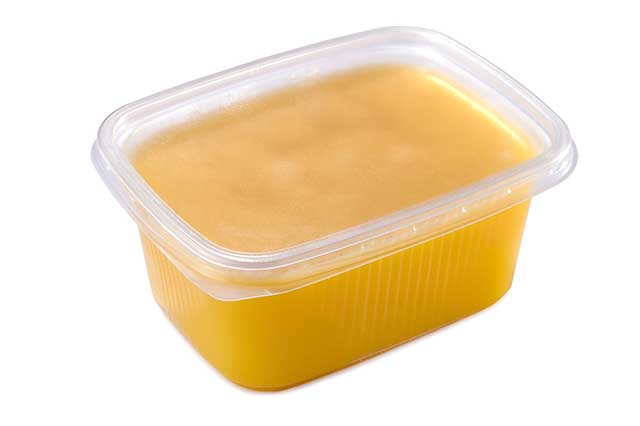 Ghee is a traditional cooking fat from India.

This fat is also very similar to butter, with the only difference being that it doesn’t have the additional water, lactose, and casein content of butter.

Here are the nutrition details per tablespoon (32):

If you’re wondering how ghee compares to butter and the major differences, see this guide.

Key Point: Ghee offers better performance than butter as a cooking fat, especially at higher temperatures. However, you have to pay more for the privilege of using it.

Goose fat is widely considered to be one of the best-tasting cooking fats available.

Nutritionally, this popular fat offers the following values per tablespoon (35):

See this guide to goose fat to find out more. 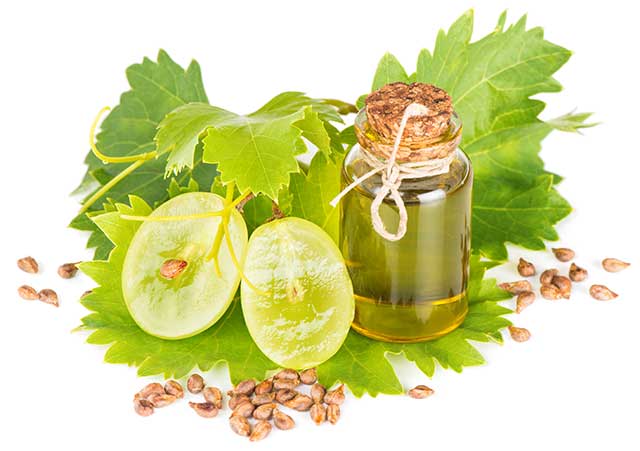 First introduced as a byproduct of the winemaking industry, producers make grapeseed oil by pressing leftover grape seeds to extract their oil.

As is the case with most seed oils, grapeseed is primarily a source of omega-6 polyunsaturated fatty acids.

See here for a full overview of grapeseed oil.

Key Point: Grapeseed oil is a cheap cooking oil but it isn’t the best choice for extended cooking times at high temperatures.

Lard is rendered pork fat, a traditional cooking fat that was once common in households. However, lard declined in popularity alongside the rise in trans fats, shortening, and vegetable oils over the preceding decades.

In recent years, animal fats such as lard have started to become more popular once again.

One tablespoon of lard provides the following nutritional values (39):

See this full guide to lard for more.

Key Point: Lard is a traditional cooking fat that stands up to high-heat cooking well. However, it contains high amounts of saturated fat. 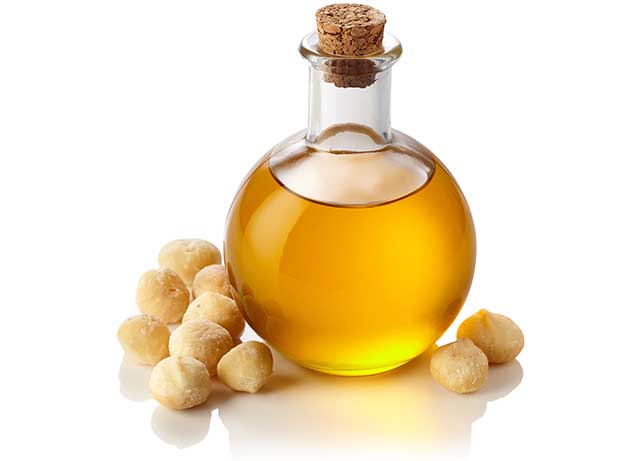 Macadamia nuts are delicious, and since they are full of fat, they can be used to make good cooking oil.

Key Point: Macadamia oil displays excellent heat stability, but it can be expensive.

Margarine was once thought to be a healthy replacement for butter. However, that soon changed when we found out the harms of the trans fats it contained.

In recent years, margarine no longer contains trans fat and its nutrition properties may vary depending on the specific vegetable oils used to make it.

That said, here are the general nutrition facts of a typical margarine per tablespoon (41):

Key Point: Margarine used to contain trans fats, but modern varieties do not. The exact profile of margarine depends on the oils used to make it. 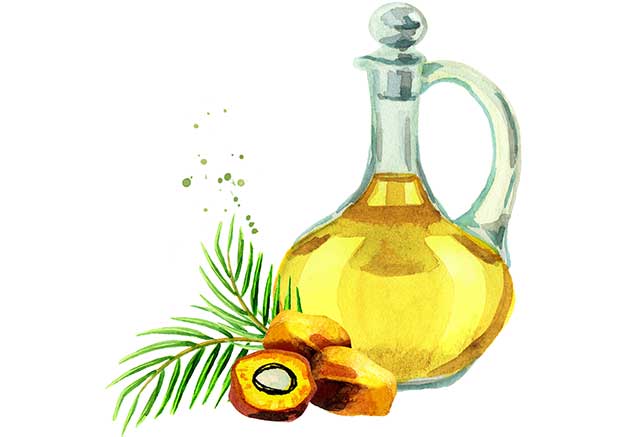 Palm oil is one of the biggest sources of fat in the Western—and global—diet.

Large numbers of processed foods use this oil in their products, and it is also available as cooking oil.

Palm oil is a type of seed oil, and manufacturers produce it from the seeds within palm fruit.

Key Point: Palm oil is an extremely popular oil with a range of pros and cons.

Peanut oil is high in monounsaturated fat, and it has a tasty and slightly nutty flavor (at least in its unrefined state).

See this full guide to peanut oil for more information.

Key Point: Peanut oil is reasonably heat-stable, but it is very expensive. 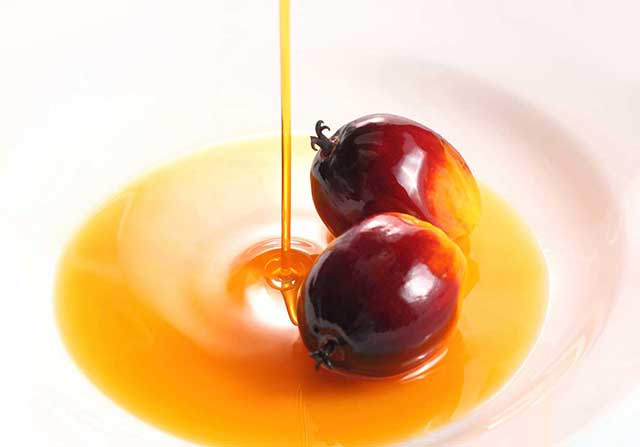 However, red palm oil is derived from the actual fruit rather than the seeds (kernel).

Key Point: Red palm oil provides excellent heat stability, but its color/taste may not be for everyone.

There are several different names for refined olive oil, and these may include both of the following;

While these oils still come from real olives, the manufacturing process is different.

Next, this pulp goes through an extraction process using solvents such as hexane (51).

Key Point: Refined olive oils offer better stability to seed oils, but they are not as good as extra virgin olive oil. 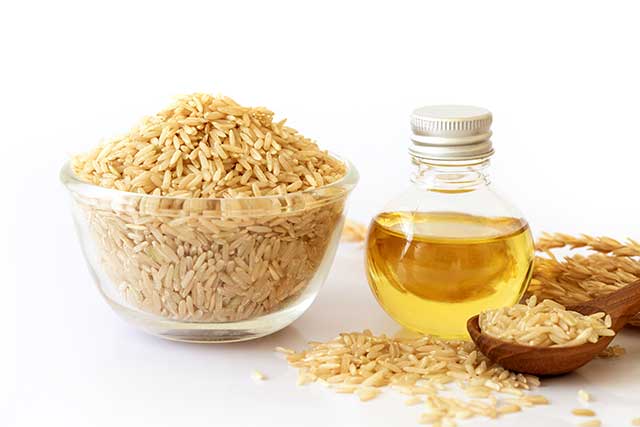 Rice bran oil comes from the outer shell of brown rice, which is otherwise known as the chaff or husk.

This oil is especially popular in Japan and South Asia.

Safflower oil has been one of the most common oils over the past half-century, and it often turns up in food products.

This vegetable (seed) oil comes from the seeds of the safflower plant, and it provides the following nutritional values (56):

Key Point: Safflower oil is a cheap cooking oil that is also available in a high OLEIC variety, which offers better oxidative stability. 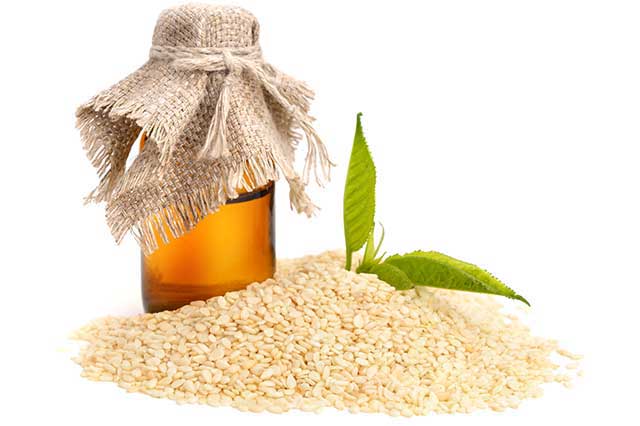 Sesame oil is an excellent choice for use as a condiment, and it adds flavor to food that no other oil can match.

Key Point: Sesame oil is delicious and it imparts lots of flavor to food.

Soybean is one of the most common cooking oils throughout the world, and it is hugely popular in the United States.

Here are the nutritional values per tablespoon of soybean oil (62):

See this full guide to soybean oil for more information.

Key Point: Soybean oil is one of the most common cooking oils in the world. 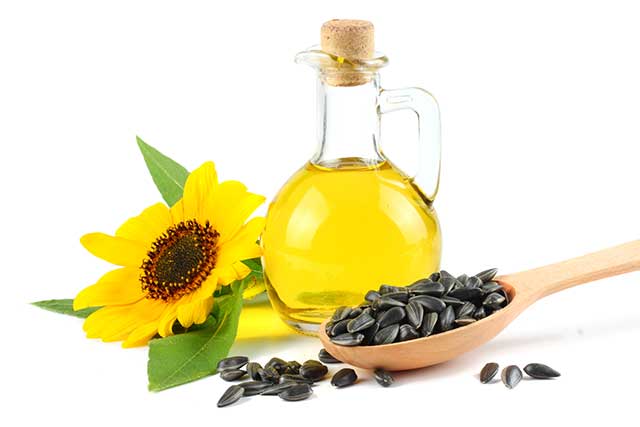 Sunflower oil is very similar to safflower in its fatty acid profile, and it comes from the edible seeds of the sunflower plant.

Key Point: Sunflower oil is one of the most common cooking fat options.

Similar to lard, tallow is a type of traditional animal fat that once enjoyed great popularity.

This cooking fat comes from rendered beef fat, and it gives food a flavorful taste.

Let’s now look at the nutritional data per tablespoon of tallow (69):

Key Point: Tallow is a heat-stable cooking fat that adds a lot of flavor to food. 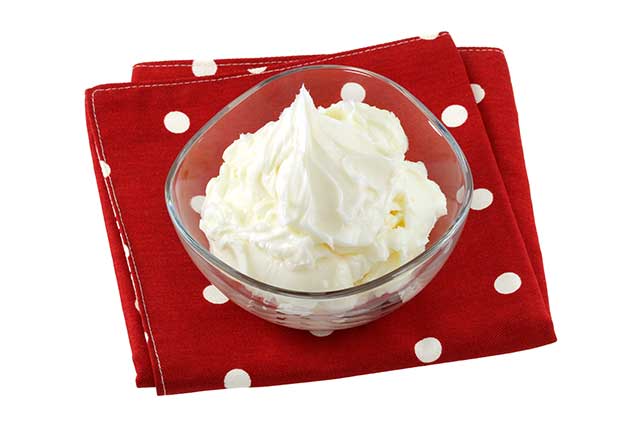 Vegetable shortening became popular in the early 20th century since it provided the same cooking properties as lard for a much cheaper price.

Once marketed as healthy fat, it was later found that it contains a harmful type of fat known as ‘trans fat’ (partially hydrogenated oil).

In recent times, shortening should no longer include trans fats.

Shortening is a hard, white fat that somewhat resembles lard.

Per tablespoon, here is what the nutritional values of a modern vegetable shortening may look like (71):

Key Point: Old style shortening used to contain trans fats, but this is not the case for modern versions.

Which Is the “Best” Cooking Oil?

The answer to this question is somewhat subjective, and there are many different views.

If we focus on cooking fat’s overall health benefits rather than just heat stability, then extra virgin olive oil is probably the most evidence-based choice.

Lastly, if you’re looking for an oil for deep frying, see this guide to some of the best deep-frying oils.