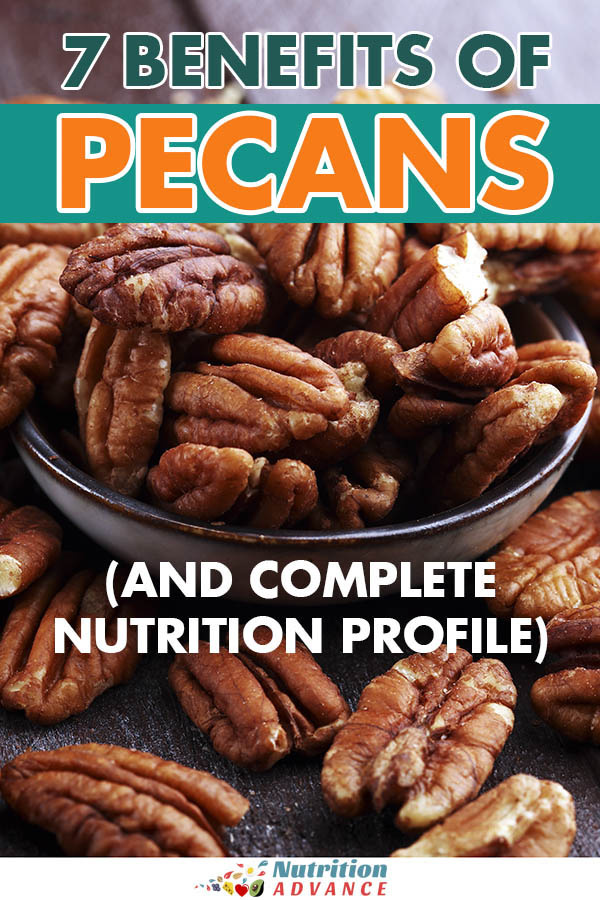 Pecans are one of the most popular types of nuts in the world.

Assuming they are not in a pie, these nuts also offer some interesting potential health benefits.

This article takes a full look at the nutrition profile of pecans as well as the benefits that they provide. 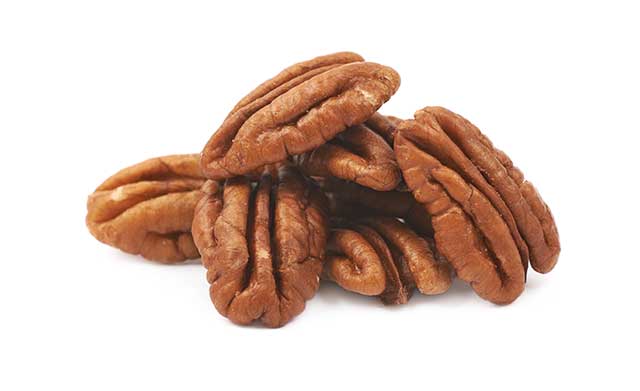 Pecans (carya illinoinensis) are an edible tree nut native to Mexico and the Southern states of the US (1).

They grow on a species of hickory tree, and they are closely related to hickory nuts.

Regarding their appearance, pecans look slightly like walnuts, but they are smaller in size.

The color of these nuts can also vary, with some nuts having a grey to brown shade and others having a reddish-brown coat.

Pecans taste mildly sweet, slightly bitter, and they have a rich, buttery flavor.

Nutritionally, pecans are predominantly a source of fat, but they also provide smaller amounts of carbohydrate and protein.

Lets now take a look at their full nutrition profile.

Here we can see the full nutritional values for pecans, including the calories, macronutrients, vitamins, and minerals.

All values are from the USDA food database and on a per 100 grams (2).

As shown above, pecans are extremely high in calories and fat.

Additionally, the carbohydrate content is low to moderate and mainly from fibrous carbohydrates.

Pecans also offer a moderate amount of protein. However, due to the nut’s calorie-density, it will be difficult for anyone to use them as a substantial source of protein.

As shown in the table, pecans are an excellent source of vitamin B1. Additionally, they contain a small to moderate amount of B vitamins.

Their overall vitamin-density is not high, but pecans are a significant source of minerals.

Among these, the nuts are a particularly good source of manganese, magnesium, zinc, and copper.

This mineral profile is somewhat similar to the nutritional values of pine nuts.

Key Point: Pecans are a reasonably nutritious tree nut, and they provide significant amounts of calories and fat.

There are lots of exaggerated claims about most nuts, and it is no different for pecans.

However, they do have a range of potential benefits backed by science.

1) Pecans May Improve the Cholesterol Profile 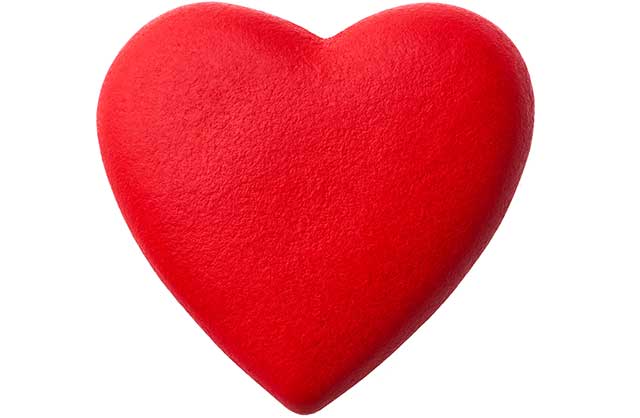 We can often hear media stories about nuts being good for the heart, and there may be some truth to it.

In recent years, numerous controlled trials have looked into the potential health benefits of pecans, and the results appear to be promising;

2) Pecans Are a Rich Source of Minerals

As we saw in their nutrient profile, pecans provide a substantial amount of minerals, and especially;

Each of these minerals has differing—but equally important—effects on the body.

Regarding the other minerals, studies link even slight copper deficiencies with an increased risk for cardiovascular disease and reduced immune response (9, 10).

The most abundant mineral in pecan nuts is manganese, and this nutrient is vital for maintaining healthy bones, optimal skeletal health, and wound healing (11).

Pecans provide a good supply of all these minerals and many more in smaller concentrations.

Key Point: Pecans are rich in a variety of minerals.

3) Pecans Are Loaded With Flavonoids 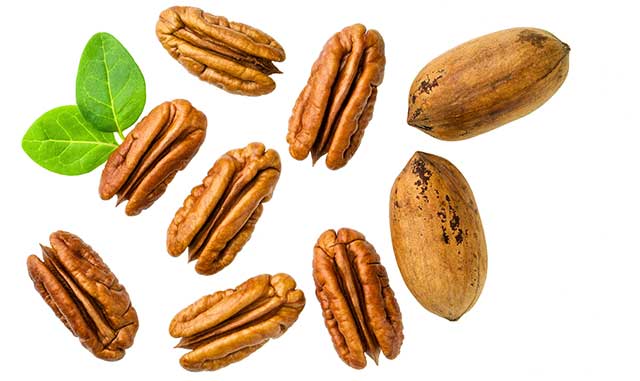 Flavonoids are a group of polyphenols associated with several health benefits.

Although we do not fully understand how they work at this point, numerous randomized clinical trials have shown benefits from a high-flavonoid intake. These benefits include improved immune response, better vascular function, and improved glycemic control (12, 13, 14).

We can find large concentrations of flavonoids in foods and drinks like cocoa, coffee, green tea, and red wine.

Notably, pecans are one of the most significant sources of these compounds in the world. These tree nuts contain more polyphenols than any other nut, and more than most other foods too (15).

The primary flavonoid compound in pecans is epigallocatechin-3-gallate, otherwise known as EGCG. A recent review paper showed how this compound is likely responsible for many of the health benefits pecans demonstrate in clinical trials (16).

EGCG is also one of the major compounds believed to play a role in green tea’s health benefits.

Key Point: Pecans contain a large concentration of flavonoid polyphenols, which may have numerous positive impacts on our health.

Firstly, it is important to note that no single food can singlehandedly control blood sugar and insulin levels. There are no “superfoods” in that sense.

It is our whole lifestyle that is important, and this includes everything from the way we eat to how we sleep and exercise.

However, as part of a healthy lifestyle, certain foods may help to improve insulin sensitivity.

Based on recent evidence, pecans are one of these foods.

Over the past two years, two interesting trials examined the effect of pecans on risk factors for cardiovascular disease, specifically focusing on blood glucose and insulin levels.

Studies on Pecans and Cardiovascular Risk

In one randomized controlled trial, 26 overweight or obese adults consumed pecans at 15% of total daily calories for four weeks. Additionally, they ate a control diet (with no pecans) for four weeks.

Interestingly, after four weeks of following the pecan plan, key markers of cardiovascular risk such as blood glucose levels and insulin resistance improved compared to the control diet (17).

A previous (and similar) randomized trial from 2016 displayed the same results. In a 12-week study, 15% of calories from pecans per day improved cardiovascular risk compared to an eating plan based on the average American diet (18).

However, we should be careful not to exaggerate the benefits from these studies. Were the benefits entirely because of the pecans? Or were the “average American diet” foods the nuts replaced part of the problem?

Either way, compared to a standard American diet, a diet that includes a high intake of pecans improved the cardiovascular risk profile. 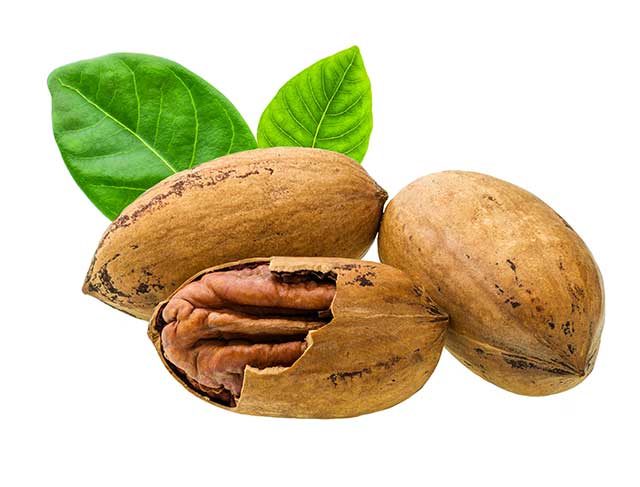 While pecans contain a moderate amount of carbohydrate (14.8 grams per 100g), the majority of this comes from fiber (2).

Although fiber is a type of carbohydrate, it does not break down into glucose in the same way that simple carbs (like sugar and flour) do.

Firstly, this means pecans contain a minimal level of “net” (digestible) carbohydrate, making them an excellent choice for anyone consuming a lower carbohydrate diet.

For a similar reason, pecans are a suitable snack for people with diabetes trying to control their blood glucose levels (19).

Fiber also slows digestion, and studies demonstrate that it can reduce postprandial blood glucose levels. As a result, a higher fiber intake will help to reduce the blood glucose response from meals higher in carbohydrate (20).

On this topic, pistachio nuts contain more fiber than any other nut.

Key Point: Carbohydrate quality is important, and the carbs in pecans are much healthier than simple sugars and flours.

6) May Have Benefits For People With Diabetes

As just mentioned, pecans are suitable food for anyone trying to control their blood sugar levels.

However, what effect does consuming tree nuts have on blood glucose in people with diabetes?

A recent study looked into this issue, and when nuts replace dietary carbohydrate, the results appear to be positive.

This particular study was a randomized controlled trial, and it featured 117 people with type 2 diabetes (21).

7) Pecans Are a Source of Protein

Although it is not a significant amount compared to other foods, pecans also provide a source of protein.

Pecans are approximately 9% protein by weight, and despite not being a complete protein, they contain a decent range of amino acids (2);

While pecans can’t compete with animal-based proteins, they are a good plant source for those following vegetarian or vegan diets.

Overall, pecans offer a good nutrient profile, more polyphenols than any other nut, and they may help to improve blood glucose levels.

If you are looking for a healthy snack, there are not many better options than a handful of pecans.

For more delicious and healthy nuts, see this guide to macadamia nuts.

You can also read about the benefits of Brazil nuts.