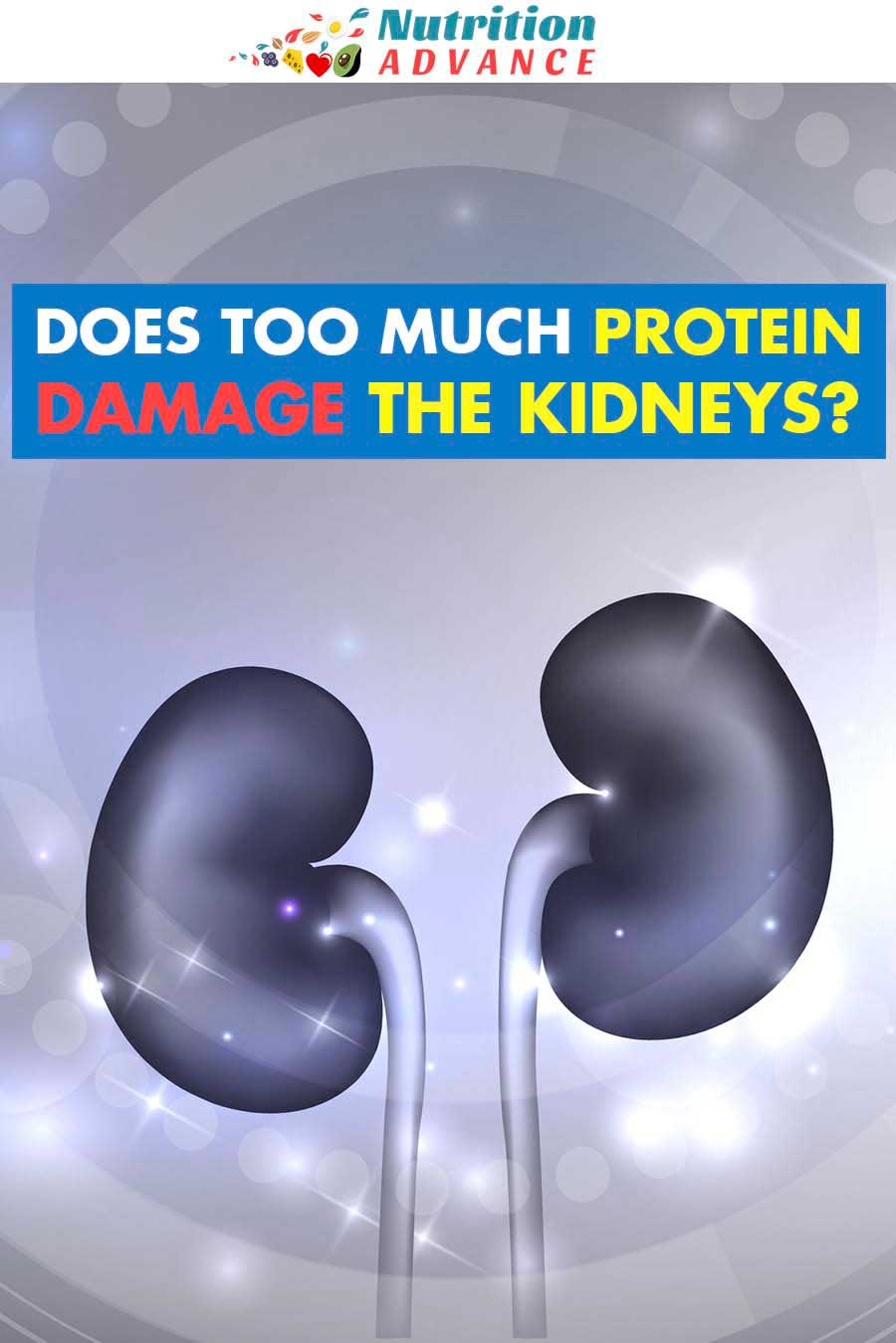 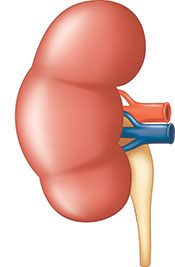 It is easy to hear claims that too much protein damages our kidneys.

However, many people contend this claim and believe that higher protein intake is beneficial.

Many myths and controversies exist in the field of nutrition, and they often depend on a personal interpretation of observational studies.

In this article, we will examine whether high protein diets are safe by looking at the best available evidence.

The aim is to set the record straight, and to answer the question; are high protein diets bad for the kidneys?

What Does Protein Do? 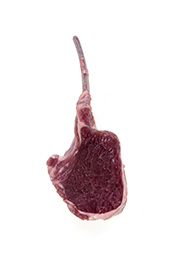 First of all, protein is an essential macronutrient, and our health would quickly fail without it.

It is responsible for the growth and repair of cells, and our muscles, hair, and skin all depend on it.

Here are some of the primary roles of protein in our body (1);

What Foods Are Rich In Protein?

Except for isolated fats and sugars, almost every food contains protein.

Among these, those with the highest protein density are predominantly animal foods.

While animal foods tend to be the best (most bioavailable) sources of protein, a few plant foods can be high in the macronutrient too (2).

The following foods are the most concentrated sources of dietary protein;

Key Point: Protein has many important biological roles in our body, and it is essential to our overall health.

Is There a Maximum Digestible Amount of Protein For One Meal? 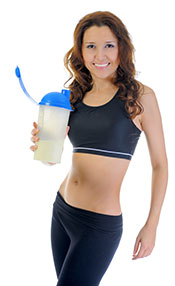 You may hear claims that there is a maximum amount of protein our body can synthesize at one time.

However, this isn’t strictly true.

In truth, no universal limit determines the exact amount of protein everyone can digest.

In other words; 30 grams of protein in one meal is not the “limit.”

While the rate of muscle protein synthesis is at its highest for the first 20-25 grams of protein in a meal, we can utilize more (3).

Well, the evidence for that isn’t entirely clear at this stage, but we do know that the so-called ‘protein ceiling’ is higher than previously believed.

In this particular study, the 70-gram serving of beef protein led to a significantly greater anabolic response.

Furthermore, all participants had higher plasma amino acid concentrations than those who consumed the 40-gram serving (4).

Key Point: The amount of protein we can utilize at one meal isn’t set in stone, and it is higher than commonly believed. It is a myth that our body can’t synthesize more than 30-40 grams of protein at one time.

How Much Is “Too Much” Protein For General Health?

If we did eat too much protein, whatever that amount might be for each individual, then will we have problems?

First of all, there are associations between high protein intake and health problems in some studies (5, 6).

But there are also associations with better health in others (7, 8).

Importantly, correlation does not equal causation, and these observational studies do not control for confounding variables.

In other words; it is difficult to ascertain whether it was the protein (or side servings of french fries and soda that many eat) that cause the problems.

For instance, someone eating more fast food hamburgers would likely be eating more protein. But would that mean it is the protein content causing the harm?

One of the most thorough research papers on the topic is a systematic review of 64 prior studies that passed quality checks. This particular paper found that links between a high-protein diet and cancer, cardiovascular problems, and all-cause mortality are all inconclusive (9).

At a certain stage, the intake vs. benefits ratio will drop, and eating more will simply become counter-intuitive. The amount at which this would occur likely depends on a combination of overall diet/lifestyle and physical activity levels.

Key Point: There is no clear evidence that a high protein intake causes long-term health problems.

Does Too Much Protein Damage the Kidneys? 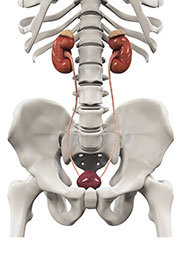 Many people advise that a high-protein diet is hard on the kidneys and that it can cause kidney damage over time.

This belief primarily comes from the interaction and relationship between protein and the kidneys.

These waste products need filtering out of the body for excretion, and this responsibility belongs to our kidneys.

This task requires a lot of hard work, which is quite normal for the kidneys; they receive and process approximately 1.2 liters of blood per minute. This amount accounts for around 25% of all cardiac output, which shows the importance of the organ (11).

If waste products build up in our body, they become toxic, and so the kidneys play a crucial role in removing these products.

As a result, many people assume that higher protein intake leads to a higher kidney workload, and the extra demand causes kidney strain.

So, can high protein diets cause kidney damage?

Not according to the evidence.

Although it was theorized that long-term high protein consumption would cause side effects, clinical trials on human participants do not support this hypothesis.

In recent years, there have been several studies that investigated this issue, and they all show no link between protein intake and adverse markers of kidney health.

However, some studies suggest that keeping protein intake at a moderate level may help people with pre-existing kidney disease (12, 13). 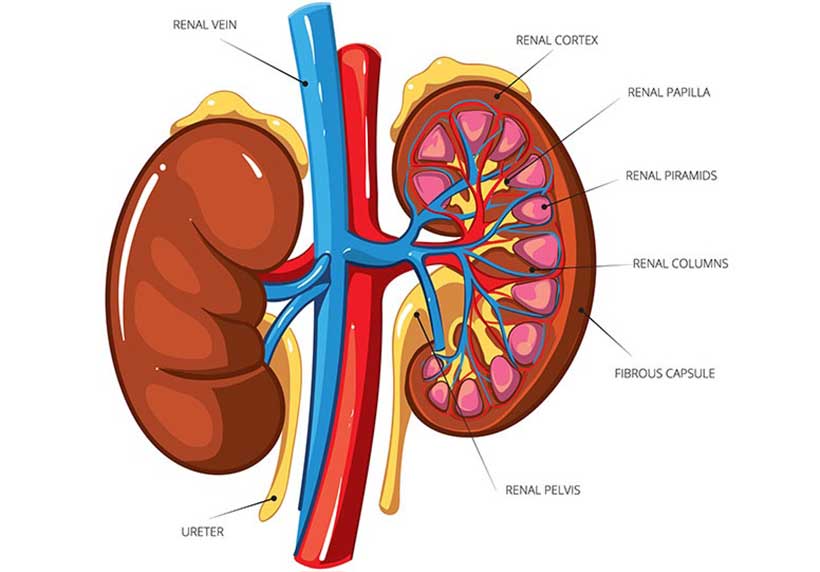 We will now take a look at four relevant randomized controlled trials and systematic reviews.

In each of these papers, the researchers were trying to establish whether too much dietary protein can damage the kidneys, and what risks high protein diets may have.

1. A High Protein Diet Has No Harmful Effects: A One-Year Crossover Study in Resistance-Trained Males (2016)

In this randomized controlled study, Jose Antonio of the International Society of Sports Nutrition (ISSN) led research into potential harms of a high-protein diet in resistance-trained individuals (14).

The study lasted for 12 months in total, and participants consumed between 2.51 and 3.32 grams of protein per kilogram of body weight every day.

During the 12-month period, participants visited a laboratory five times for comprehensive testing.

The results showed no negative effects, and there was no adverse change in kidney function or other health markers.

Key Point: A protein intake 3-4 times greater than the RDA causes no harm or adverse changes to health markers over 12 months.

In this study, 355 pre-diabetic men and women were split into following two different dietary systems (16);

The higher protein diet worked out at 1.6 grams protein per kilogram of body weight.

After a 12-month period, there were no indications that the participants on higher protein diets had experienced any adverse effects on kidney function.

Interestingly, there was even a slight indication of improved kidney function with increasing protein intake.

In short, the study found no detrimental effects of a high protein diet on kidney health and no negative changes to any health markers.

Key Point: There were no differences between a daily moderate and high protein intake in terms of kidney function.

This systematic review analyzed the existing literature on protein intake and a range of different health conditions (9).

Regarding kidney health, the review found that there is inconclusive evidence that a higher protein intake can affect kidney function.

Among the notable points from this study was the findings of the European Food Safety Authority (EFSA).

This food safety organization published their findings on protein intake and kidney health in 2012. Markedly, the EFSA deemed that there is insufficient evidence available to justify an upper level of protein intake for optimal kidney function.

On the negative side, this systematic review did find an association between kidney function decline and high protein intake in people with kidney disease.

Overall, the study’s position is that there is no conclusive evidence to suggest that high protein diets cause harm.

However, the researchers do stress that they can’t rule out high protein intake affecting kidney function in the long term since this research doesn’t yet exist.

This randomized controlled study investigated if low carb (and high protein) diets have any risks to kidney function (17).

68 participants were equally split into two groups, and they were put on one of two diets;

As shown, both diets contained a respectable amount of protein, but the VLC diet provided significantly more than current recommendations at 35% of energy.

Full health markers for kidney health were taken before and after the study.

After a period of 12-months, there were no changes in either group to serum creatinine or glomerular filtration rate (markers of kidney health).

Compared with higher carbohydrate diets, there is no adverse effect from low carb, high protein diets.

Key Point: Daily protein intake at 35% of calories, for a period of one-year, had no negative impact on kidney health.

How Many Grams of Protein a Day is Too Much? 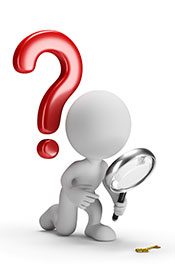 If there is a level of protein intake that is excessive and damaging to kidney health, we don’t currently have evidence to show what this may be.

In other words, there is currently no such thing as “too much protein” regarding negatively impacting renal function.

Studies show that protein intake at up to 35% of total energy intake has no adverse effect on people with healthy kidneys.

The four studies mentioned in this article also consider all different people.

From resistance-trained individuals to pre-diabetics, people with abdominal obesity, and average healthy adults, no harm was found from increasing protein intake.

Of course, we should still be sensible, and we shouldn’t overeat protein just for the sake of it. But overall, the data suggest that there would be no harm from consuming around 1 gram protein per pound of body weight.

Consuming more protein than this would likely be unnecessary for the majority of people.

Key Point: A wide range of data suggests that higher protein intake doesn’t harm our kidneys. Furthermore, there is currently no evidence of an upper “safe” ceiling in regard to kidney health.

Does a High Protein Diet Have Any Benefits?

Rather than focusing on the potential (non-evidenced) harms of a high protein intake, it’s worth considering the health benefits too.

There is evidence that higher protein consumption can lead to a range of positive effects.

Here are three of the most important;

Can too much protein be harmful to kidney health?

Possibly, but at what amount remains to be seen.

Right now, we have no substantial evidence from clinical trials to support a maximum daily protein intake for kidney health.

8 thoughts on “Can Too Much Protein Cause Kidney Damage?”