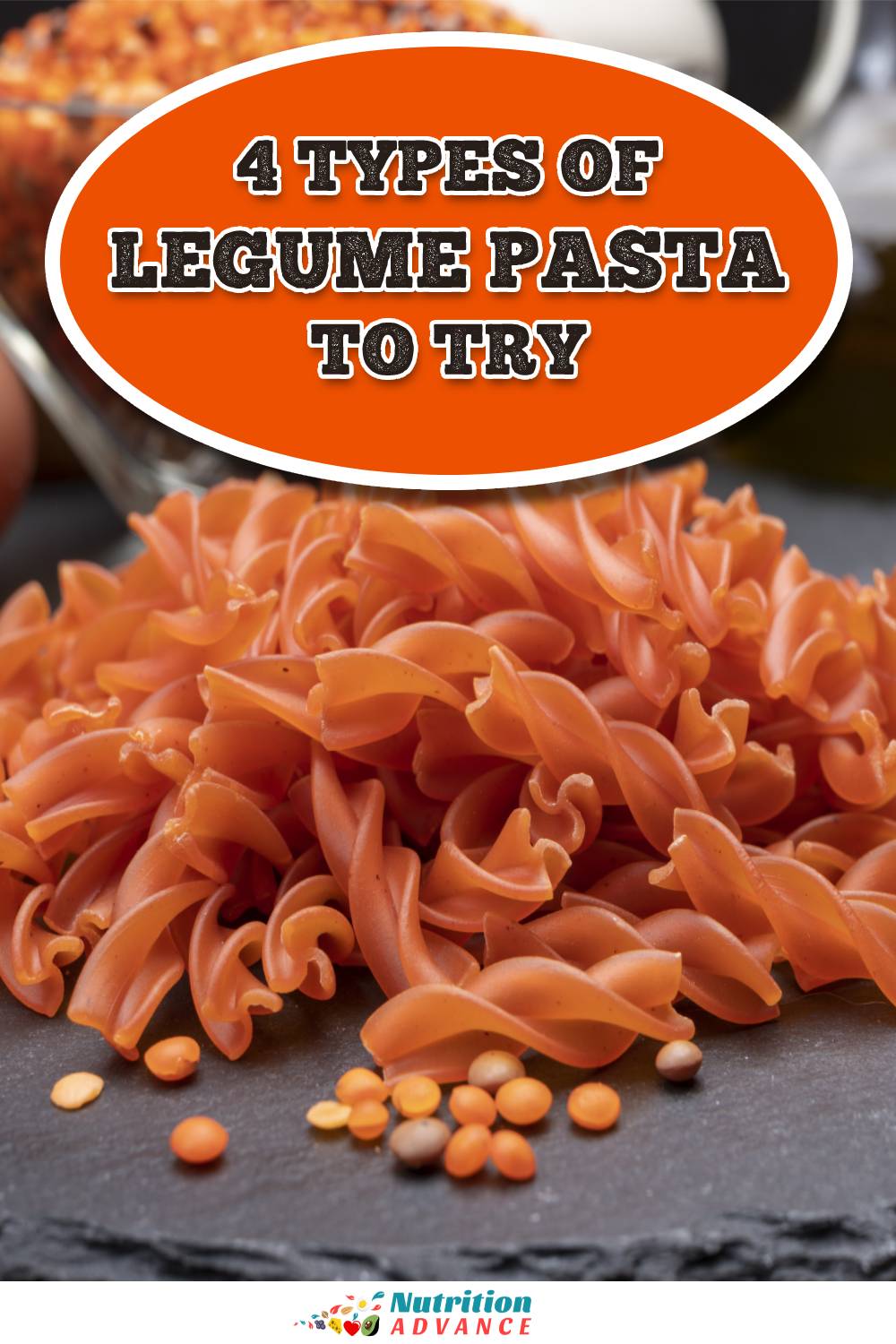 More and more pasta products made with legumes have been appearing on store shelves over recent years.

Are these legume pasta options a good source of nutritional value? And how do they compare to regular pasta?

This article looks at four popular legume pasta products, their nutritional properties, and their potential benefits.

What Is Legume Pasta?

Legume pasta comes in the same form and shape as traditional pasta, but its main ingredient comes from a legume rather than grain.

The primary ingredient in most traditional pasta is semolina flour (made from wheat) or, less frequently, whole wheat flour.

In contrast, legume pasta products typically use flour from lentils, edamame, chickpea, or some bean variety.

For this reason, legume pasta is sometimes referred to as “protein pasta” due to its higher protein content (1).

Key Point: As its name suggests, legume pasta is made from legumes rather than grains. It typically contains a higher fiber and protein content than traditional pasta.

For each pasta, nutritional data will show the basic nutrition profile. Additionally, we will display the vitamins and minerals in amounts higher than 10% of the recommended daily value.

The source of this nutritional data is the University of Minnesota’s respected NCC Food and Nutrient Database (2). Daily values have been calculated using the FDA’s recommended daily values (3).

Additionally, we will look at any relevant scientific research on each pasta and how to use them.

This spaghetti has a relatively mild flavor and relies on absorbing other flavors from a recipe.

However, the pasta is a little thicker and chewier than regular pasta.

Based on uncooked weight, a 2 oz (56-gram) serving of black bean spaghetti has the following nutritional values:

As shown here, black bean spaghetti is an excellent source of both fiber and protein; a 2 oz (56g) serving offers 11 grams and 25 grams, respectively.

Here are some potential benefits of using black bean spaghetti:

As well as being a key ingredient in hummus and various curries, chickpea pasta is also a thing.

Chickpea pasta has a mild, nutty flavor and a slightly softer texture than regular pasta.

Compared to black bean pasta, it is very soft.

We can see that chickpea pasta provides a good amount of protein and fiber.

Here are the vitamins and minerals present in the highest amounts in chickpea pasta:

Chickpea pasta may have some benefits compared to regular pasta:

Edamame pasta is made from edamame (immature green soybean) flour.

Like chickpea pasta, edamame pasta has a mild and somewhat nutty-tasting flavor.

It is also soft but with a slightly grainier texture than regular pasta. In this regard, it has a consistency more comparable to whole wheat pasta.

As the above nutritional values show, edamame pasta provides a significant amount of protein for relatively few calories.

The pasta is also an excellent source of fiber, with a 140-gram cup offering 11.53 grams.

Regarding the micronutrient profile of edamame pasta, here are the vitamins and minerals present in high amounts:

As shown above, edamame pasta is a very nutrient-rich food product, just like edamame.

Some benefits of using edamame pasta may include the following points:

Lentil pasta may use flour made from red, yellow, or green lentils, but red lentil pasta is more common.

Red lentil pasta has a texture that is a bit thicker and firmer than traditional pasta (and many legumes pasta varieties too).

While it is not as soft, red lentil pasta does have a relatively mild flavor with nutty, earthy tones.

As the nutritional values show, red lentil pasta doesn’t contain as much protein as some of the other legume pasta varieties. However, it is a good source of protein, with more than 14 grams per serving.

Here are some potential benefits of using red lentil pasta:

A 140-gram cup of traditional durum wheat pasta contains 220 calories and provides 8 grams of protein and 2.5 grams of fiber (8).

As we saw in the nutritional values for legume pasta, the different varieties provide at least double the amount of fiber. Additionally, they have a much higher protein content than wheat pasta for fewer calories.

A pasta swap that increases protein and fiber content while lowering calorie intake is probably a positive thing.

In this regard, we could call legume pasta “healthier” than traditional pasta.

How To Choose a Good Legume Pasta

For anyone wishing to try legume pasta, the best bet is to experiment with the options available to find the one you most enjoy.

There are different legume varieties and brands, and all of them will slightly differ in taste.

However, it is vital to note that not all legume pasta options are nutritionally equal. For example, some products contain some form of legume flour mixed in with regular wheat flour.

How To Make Legume Pasta

Most legume pasta products will be in dried form.

Cooking them is like cooking any dried pasta; bring them to a boil in a pan and then simmer them for 5-10 minutes until they reach the desired consistency.

Cooking instructions may differ slightly depending on the product, so check the label for the most accurate instructions.

Once ready, you can add pasta sauce to them and mix them with the rest of the recipe.

For further information, here are the answers to some common questions about different types of legume pasta.

It will be if it contains only legumes. For instance, 100% legume pasta will not contain gluten, but some pasta products use mixed legume and grain flour in their ingredients. Check the ingredients label carefully to ensure the product doesn’t include wheat flour or other grain products.

The eating experience of legume pasta and traditional pasta is not entirely different. However, legume pasta varieties tend to have a firmer and chewier texture and are not as mild in flavor. In this context, legume pasta tastes closer to whole wheat pasta than regular (white) pasta.

Can you eat legume pasta every day?

There are no significant reasons why someone shouldn’t consume legume pasta daily if they choose to. As a straight swap for regular pasta, it is a simple way to increase the nutrient content of a diet.

What type of legume pasta has the most protein?

Out of the commonly available legume pasta varieties, black bean pasta and edamame pasta tend to offer the most protein.

Legume pasta will have no unique effect on weight loss, and the overall diet (and lifestyle) matters most. It is possible that the higher fiber and protein content could increase satiety levels and thus lower appetite and subsequent food intake. However, there is currently no research in this area.

It is now easy to find varieties of legume pasta on store shelves.

As a simple swap for traditional pasta, these products can improve the nutritional value of a meal.

Among the beneficial characteristics of legume pasta, the products are a straightforward way to increase protein and fiber intake.