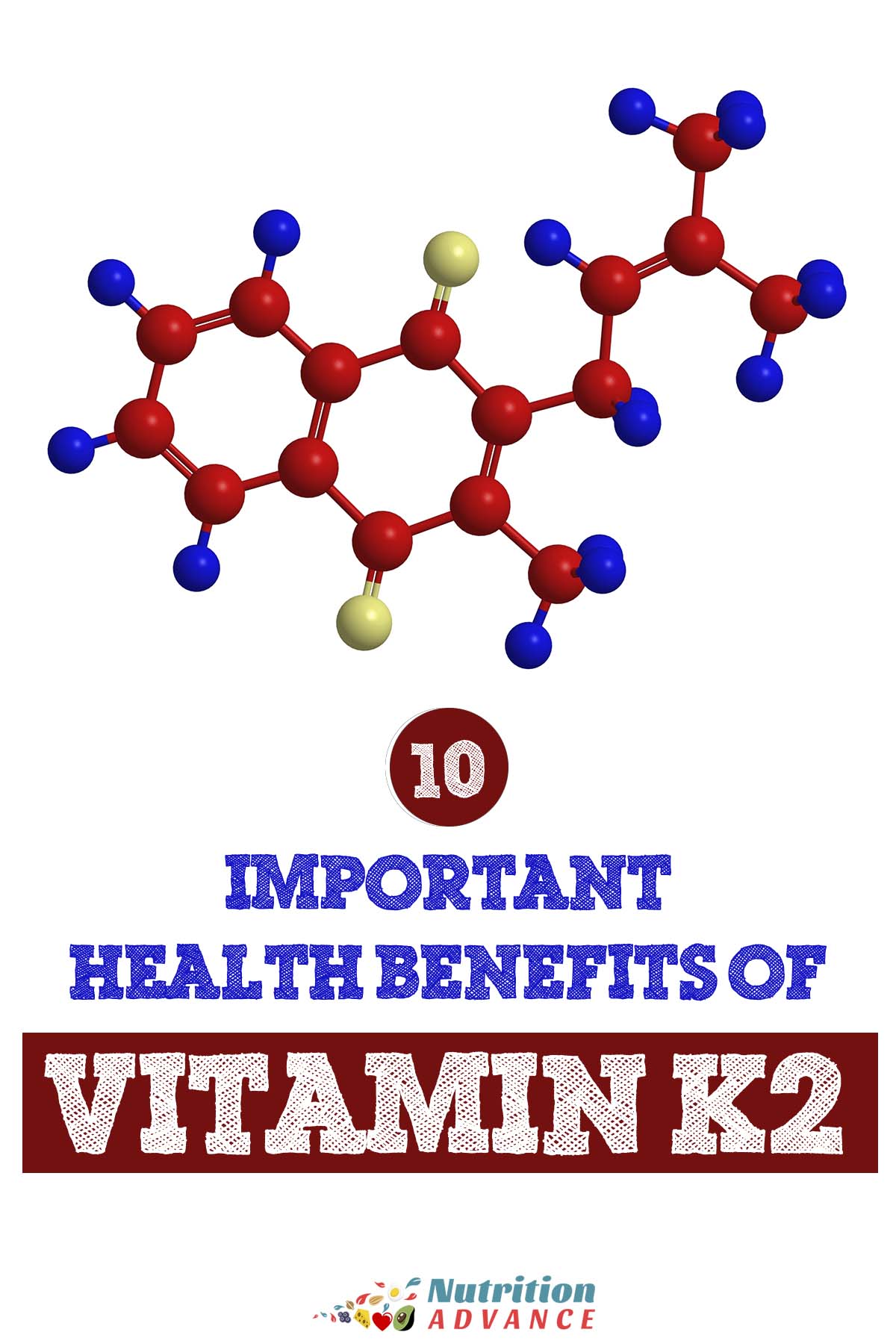 Vitamin K2 is a form of vitamin K, which is an essential vitamin.

Recent research suggests that this form of the vitamin may have some potential benefits for human health.

This article will explain what vitamin K2 is, the different forms of the compound, and the potential benefits it may have.

What is Vitamin K2? 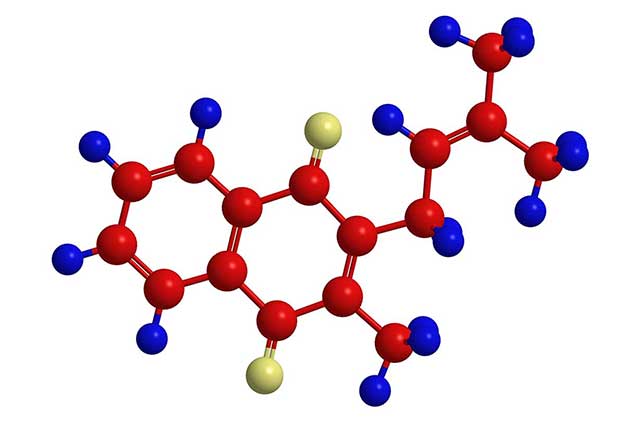 A Danish scientist named Henrik Dam made the discovery of the vitamin K group of vitamins in 1929 (1).

While this discovery came in the early 20th century, the beneficial effects of vitamin K2 are only recently coming to light (2).

Vitamin K2 is a fat-soluble vitamin that has some notable differences from vitamin K1.

Firstly, vitamin K2 is found in animal foods such as meat and cheese as well as fermented foods.

There are many different forms of vitamin K2, but the two primary forms found in food are:

On the other hand, vitamin K1 (phylloquinone) mainly occurs in plant foods, predominantly in dark green vegetables such as collard greens and spinach.

Intake of vitamin K2 may have importance for human health as the vitamin appears to have a host of beneficial functions in the body.

Here are some of the ways in which vitamin K2 may have benefits.

Several important proteins in the body rely on vitamin K2 for ‘activation’ such as matrix GLA-protein (3, 4).

Importantly, this protein has been shown by numerous studies to inhibit arterial calcification (5, 6).

In other words, consuming sufficient dietary vitamin K is necessary to activate matrix GLA-protein, which itself helps to prevent calcium from being deposited in the arteries.

Interestingly, a large observational study of 4807 participants found that those consuming the highest amounts of vitamin K2 had the lowest risk of developing cardiovascular heart disease (7).

Here are a few more findings:

One of the major benefits of vitamin K2 is that it activates osteocalcin, which is a protein hormone made by the bones. Osteocalcin depends on vitamin K2 for activation via carboxylation (11).

Studies show that K2 supplementation leads to higher levels of osteocalcin in the blood (12).

Osteocalcin plays a vital role in strengthening bones, and one of its primary functions is to bind calcium and take it to the bone (13, 14).

For these reasons, researchers believe that testing serum levels of osteocalcin may be a useful screening option for assessing osteoporosis (bone loss) risk (15).

A meta-analysis of existing studies supports the link between vitamin K2 and improved bone health. The meta-analysis concluded that dietary intake of vitamin K2 “is significantly associated with a reduced risk of fractures” (16).

3) May Be Protective Against Some Cancers 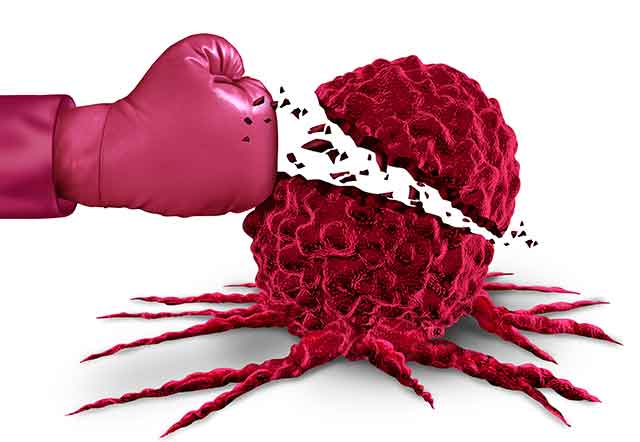 An adequate dietary intake of vitamin K2 may potentially be protective against certain forms of cancer.

For example, initial research from the Heidelberg cohort of the European prospective investigation into cancer and nutrition (EPIC-Heidelberg) study suggested there might be an inverse association between menaquinone (particularly from dairy) and prostate cancer (17).

However, this association did not exist for phylloquinone (vitamin K1).

Additionally, research also showed that higher vitamin K2 intake was associated with a reduced risk of fatal cancer. Once again, this association was not present for vitamin K1 (17).

However, it is important to note that the outcomes of cell studies do not automatically translate to what happens within the human body. Further research from human trials would be necessary to further investigate this issue, and strong claims are currently unwarranted.

Key Point: Further research is necessary, but greater vitamin K2 intake may potentially help protect against some types of cancer.

There is very little in the way of research on vitamin K2 for dental health. However, there are numerous educated assumptions that we can make.

Firstly, as a result of vitamin K2’s impact on calcium absorption, this should also confer dental health benefits, since calcium is a vital mineral for tooth mineralization (20).

Secondly, the proteins osteocalcin and matrix GLA-protein are both present in tooth dentin. As discussed earlier, vitamin K2 plays an essential role in activating these two proteins (21, 3, 11).

On this note, research shows that osteocalcin is found in inflamed pulpal tissues, suggesting that it may play a regenerative role. Additionally, researchers consider the protein to have a reparative role in the dental pulp (22).

5. An Important Co-factor For Calcium and Vitamin D 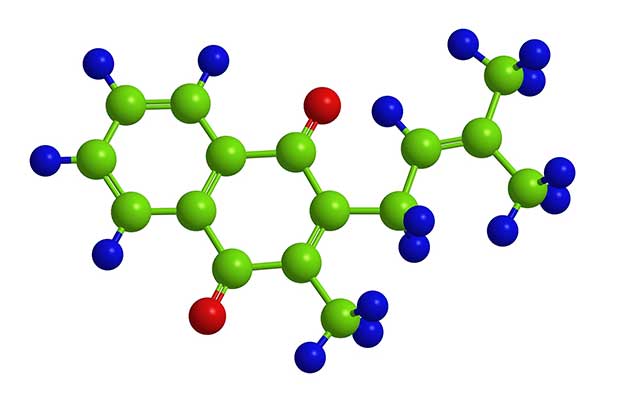 Vitamin D is a fat-soluble vitamin that affects every cell within our body, and calcium is a vital mineral for skeletal health, amongst other things.

However, these two nutrients require vitamin K to function as they should in the body.

Calcium is important for strengthening bones and overall skeletal health.

That said, it can only have these benefits if it goes to the right place, and this is where vitamin K comes in.

Studies have shown that vitamin K2 prevents calcium from being deposited on the walls of blood vessels. It also directs calcium to the place that needs it the most: bone (23).

Vitamins D and K2 have a synergistic effect in some areas. For example, vitamin D appears to promote the production of Vitamin-K dependent bone proteins (24).

Furthermore, a randomized controlled trial featuring 78 women over the age of 60 found that the combination of vitamin K, D, and calcium improved bone mineral density over six months (25).

Key Point: There is an element of an interplay between vitamin K2, calcium, and vitamin D. Each of these nutrients may be necessary for the optimal functionality of the other. 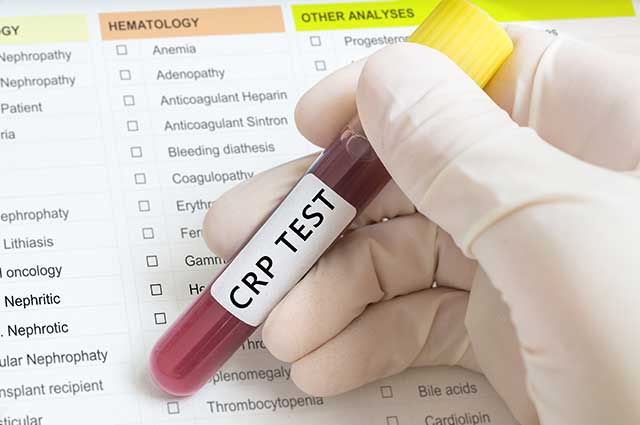 Vitamin K2 may have another key benefit through potentially lowering markers of inflammation within the body.

For instance, a study analyzed the impact of increasing vitamin K2 intake in 158 female patients with a mean age of 62.5 years old.

Since CRP can be a risk marker for a wide range of diseases, the researchers concluded that greater vitamin K2 intake might lower the risk for diseases other than rheumatoid arthritis (26).

In addition, a randomized trial featuring 379 healthy men and women demonstrated that individuals with poor vitamin K status had higher concentrations of the pro-inflammatory cytokines CRP and interleukin-6 (IL6) (27).

PCOS is the most common hormonal disorder in young women, and it causes enlarged ovaries and can potentially lead to fertility problems (28).

Although the specific cause of PCOS is not fully known, insulin resistance and an imbalance in hormones are thought to play a role. This hormonal imbalance includes the over-production of testosterone (29, 30).

Some research suggests that vitamin K2 may play a role (alongside calcium and vitamin D) in managing PCOS by helping to regulate this excessive testosterone production.

In a randomized, placebo-controlled trial, 60 female patients with PCOS took a combination of calcium supplements, vitamin D, and vitamin K on a daily basis for eight weeks.

Compared to the placebo group, the women treated with vitamin D, K and calcium saw a beneficial, greater decrease in testosterone and other hormone levels (31).

Key Point: Optimizing levels of vitamin K, D, and calcium may improve the symptoms of PCOS.

8) May Improve Insulin Sensitivity and Have Benefits For Diabetes 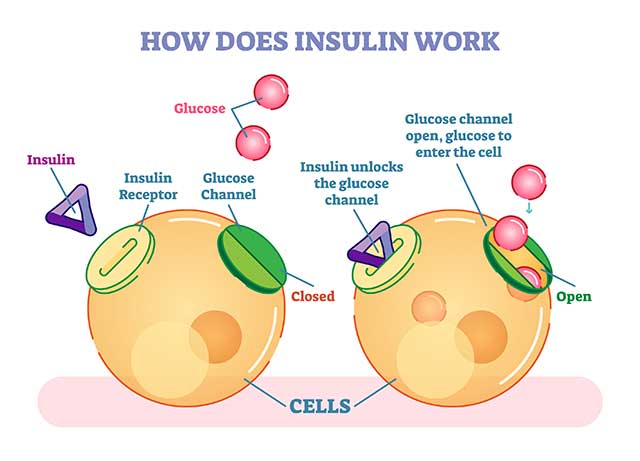 Recent research has found that maintaining a sufficient intake of vitamin K2 may help to improve insulin sensitivity.

Additionally, a recent review of existing studies found that vitamin K2 increases insulin sensitivity and appeared to reduce the risk of type 2 diabetes by 7% for each 10 mcg dose increment. The researchers also found that the effect of vitamin K2 was more significant than that of vitamin K1 (33).

However, it is important to note that there is mixed evidence for this effect. For example, a further systematic review of controlled trials found that vitamin K2 supplementation did not affect insulin sensitivity (34).

The exact type of supplement (form of vitamin K2) being used could potentially explain the contrast between these different studies. For instance, numerous studies have found that synthetic vitamin K2 supplements are not as effective as natto-derived K2 supplements, due to their short half-life (35).

In short; a greater intake of vitamin K2 may improve insulin sensitivity, but the evidence for this effect is unclear, and more research is necessary.

There is accumulating evidence that vitamin K2 may play a role in the health of our kidneys.

Interestingly, this MK-7 supplementation resulted in significant reductions in the calcification of the patients’ blood vessels (36).

Further to this, an increasing amount of research is showing that vitamin K deficiency can have harmful consequences for kidney disease patients.

Some of these “consequences” include vascular calcifications, bleeding, and higher mortality (37).

Additionally, chronic kidney disease patients typically have a subclinical vitamin K deficiency, suggesting that this group may benefit from a greater intake of the vitamin (38).

As previously mentioned, we can get vitamin K from K1 (mainly green vegetables) and K2 (animal foods and bacteria/fermented food sources).

With this in mind, one of the most significant benefits of vitamin K2 is that the MK-7 form (found in natto) has greater bioavailability than vitamin K1.

First of all, vitamin K1 has very poor bioavailability, and studies show that K1 absorption may be as low as 4% in foods like spinach (39).

Since vitamin K is fat-soluble, eating the spinach alongside a source of fat (butter) led to a threefold improvement in the absorption rate (40).

Although the precise absorption rate of vitamin K2 is not known, the consumption of menaquinone-7 significantly raises serum vitamin K levels.

The graph below shows that vitamin K2 (MK-7) has a much greater absorption rate and half-life in the body, and keeps vitamin K levels high for several days (41).

Additionally, the Rotterdam Study showed that menaquinone (K2) decreased the risk of arterial calcification and cardiovascular disease mortality. In contrast, phylloquinone (K1) had no such effect (42).

Key Point: As evidenced by the absorption rate in numerous studies, vitamin K2 is significantly more bioavailable than K1.

While researchers still have more to learn about the benefits of vitamin K2, it appears to be an important vitamin for human health.

From its role in strengthening the skeletal system to protecting against arterial calcification, the vitamin seemingly has numerous powerful functions.

See this article for more information on the best food sources of vitamin K2 (and an overview of the differences between MK-4 and MK-7).

13 Essential Vitamins (and Where To Get Them)