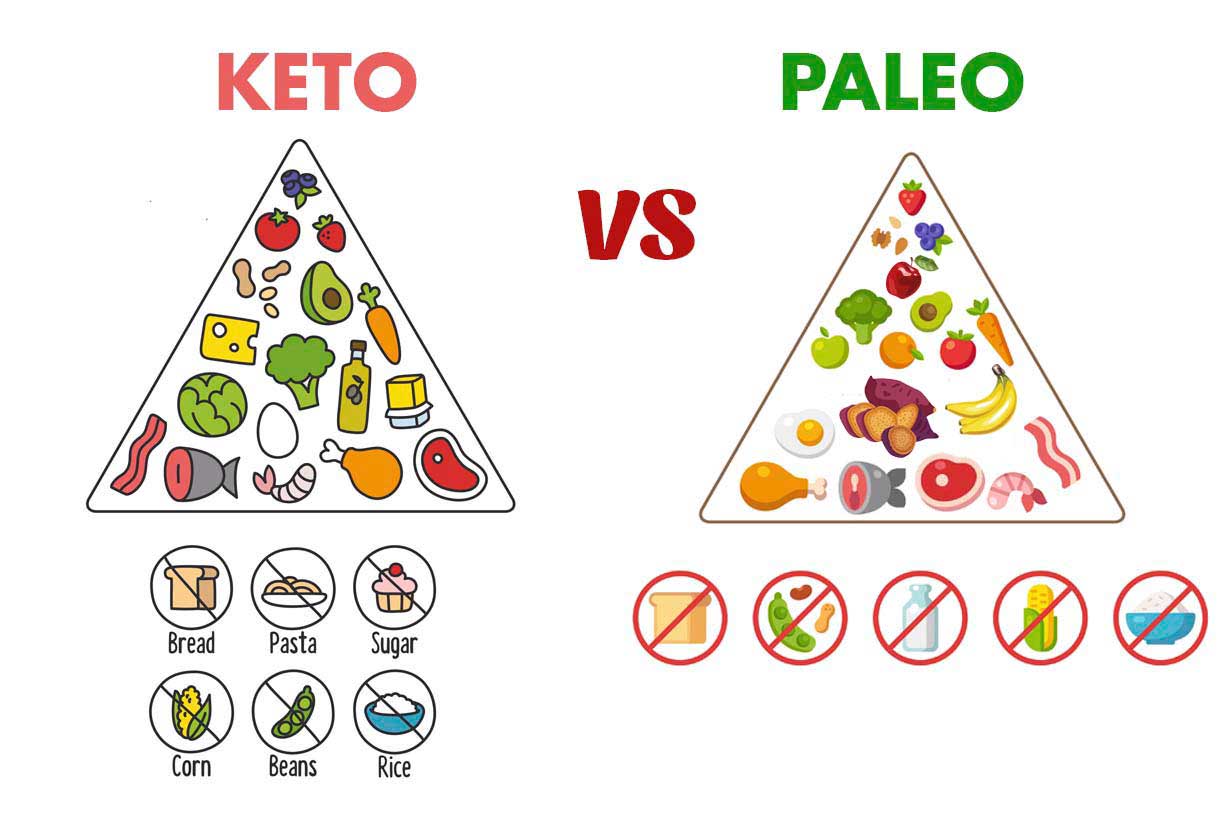 Keto and paleo are two of the most popular diets in recent times.

For the past decade, paleo diets have been number one.

Over the past year or so, the tide has been turning, and the popularity of ketogenic diets is now surging.

This article will provide a balanced look at the fundamental differences, benefits, and drawbacks of keto vs. paleo.

A Brief Summary of Both Diets

Here is a look at the history of keto and paleo diets and how they have changed throughout the years.

Ketogenic diets restrict dietary carbohydrates to a maximum of 50 grams per day, but many followers consume much less.

Instead of carbohydrate, fat is the primary macronutrient, alongside a moderate protein intake.

The first reference to a ketogenic diet came in 1921 from Russel Wilder at the Mayo Clinic. Notably, he discovered the diet could successfully treat epilepsy patients, and he conducted successful clinical trials during the same year (1).

Since this time, the high-fat plan has been a fringe-diet that has mainly been in use for medical purposes. For example, it has primarily been a treatment for epilepsy, and it has become increasingly popular as a dietary option for type 2 diabetes.

The Atkins and Paleo diets of the nineties and noughties contained elements of the ketogenic diet, but they were more lenient in their carbohydrate allowance.

Recently, keto has gained mainstream popularity as a weight loss diet and for general health.

Key Point: Keto is a low-carb, high-fat diet that has traditionally been a treatment option for epilepsy. In recent years, it has started to enjoy mainstream popularity.

The paleolithic era took place from approximately 2.5 million years ago, and finished around 10,000 BC, around the time of the agricultural revolution.

In other words, the paleo diet allows you to eat anything a caveman could hunt or gather.

On the other hand, followers of the diet should avoid anything that only became possible with agriculture, with grains being a prime example.

The first advocate of the paleo diet was Dr. Walter L. Voegtlin, who wrote a book entitled ‘The Stone Age Diet’ in 1975. However, the diet didn’t become a mainstream trend until the release of ‘The Paleo Diet’ by Dr. Loren Cordain in 2002.

Key Point: Paleo diets have historical roots going back millions of years. However, they became a popular diet trend in the mid-2000’s.

What is the Difference Between Keto vs Paleo? 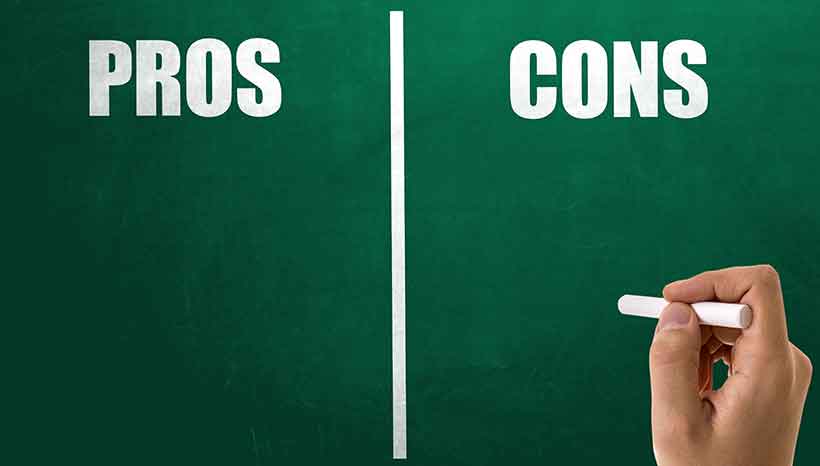 There are a few similarities between keto and paleo diets, but there are also some significant differences.

Let’s first take a look at how the diets are similar, before looking at how they are different.

Key Point: While paleo and ketogenic diets do share some similarities, they focus on very different objectives.

The table below provides an at-a-glance summary of which foods are encouraged (and restricted) on both diets.

Beans only became available with the advent of agriculture, and they are relatively high in carbohydrate. Hence, both diets restrict them.

Dairy was not a part of the paleolithic diet, and so the paleo diet restricts all types of dairy foods (2).

However, care should be given with milk since it is reasonably high in carbohydrate at 5 grams per 100 ml.

Eggs are a low-carb, high-fat food that has been part of the human diet for millions of years. As a result, they are suitable for both keto and paleo diets. 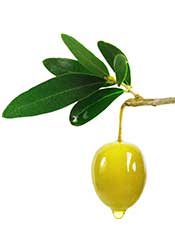 Healthy fats and cooking oils are allowable foods on both diets, although we should focus on natural fats rather than industrially processed ones.

In other words; animal fats, avocado, coconut, and olive oil are fine, but no trans-fats and ultra-processed vegetable oils.

Fish are one of the healthiest foods in the world, and they are a good choice for ketogenic and paleolithic plans.

Oily fish are especially beneficial due to their omega-3 content. For example; anchovies, herring, mackerel, salmon, and trout.

It only became possible for humans to eat grains (in mass) with the advent of agriculture, and so they are not a paleo-friendly food.

Higher sugar fruits such as grapes, mangoes, and papayas are natural foods that humans have eaten for a long time. While they may not be the same nutritionally as they once were, these foods are generally accepted as ‘paleo’.

However, such fruits are too high in carbohydrate to be compatible with ketogenic diets.

Humans have been dodging angry bees to get at their honey for a long time. Since honey and maple syrup are natural sugars, they are OK for paleo diets.

Although they are natural, they are still concentrated sources of sugar, so they are not keto-friendly.

They have also been part of the human diet for millennia, and they accordingly play a role in both keto and paleo.

Although some legumes such as lentils are relatively nutrient-dense, they are too high in carbs to be considered a keto food.

Additionally, they are not considered to be a paleo food.

Low-sugar fruits such as avocados, berries, and olives are perfectly acceptable for a keto diet.

Humans have been picking fruit as far back as history goes, so they are an excellent option for paleo diets too

Humans living in the paleolithic era are commonly known as ‘hunter gatherers’ and meat was always a prized commodity.

Meat is also a perfect food for a keto diet; it is full of beneficial nutrients and contains zero carbohydrate.

Nuts are perfectly compatible with ketogenic and paleo diets.

All types of nuts are no problem, but people following a ketogenic diet may wish to limit certain nuts.

In particular, cashews and pistachio nuts contain 30 grams and 28 grams of carbs per 100 g respectively (3, 4).

Chicken, duck, turkey and other types of poultry are suitable for both diets.

On a ketogenic diet, fattier cuts are ideal.

Since they are industrially manufactured and loaded with sugars/starch, refined carbs and sugars are a no-go on keto and paleo.

High-carbohydrate veggies such as parsnips, potatoes and sweet potatoes do not fit with the aims of a ketogenic diet.

However, they are encouraged on a paleo diet.

See this shopping list for ketogenic dieters for more information on suitable foods for keto.

Key Point: The main difference between Keto and paleo is their contrasting take on dairy and dietary carbohydrate. 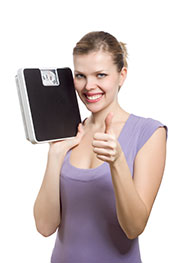 Which Diet is Best For Weight Loss?

People often wonder how a particular diet compares to others concerning weight loss.

However, it depends on whether the specific diet is right for you.

For example, if someone doesn’t really buy into a particular diet, then they are unlikely to adhere to it.

Ketogenic diets are clinically proven for weight loss when participants stick with the diet.

This is one of the most significant advantages of keto diets. Struggling to lose weight while simultaneously fighting hunger is one of the hardest things about weight loss.

On the negative side, the ketogenic diet is notoriously difficult to start.

For many people, entirely giving up on all sources of starchy carbohydrates is unimaginable, and some find it difficult to restrict carbohydrate to such low levels.

Success with keto very much depends on researching the diet, and properly committing and adhering to it.

For example, there is a myth that ketogenic diets virtually guarantee weight loss, but this is far from the truth.

For those who understand what the diet entails and are willing to give the diet a shot, ketogenic diets often have dramatic weight loss results.

Key Point: Keto diets work very well for weight loss, but they are not for everyone. With research and adherence, they frequently give significant results.

Similar to any diet, a well-implemented paleo diet can lead to weight loss when done well.

However, unlike low-carb and ketogenic diets, there is very little research on paleo diets being used as health interventions.

Probably the best study is a systematic review from 2015 that analyzed four randomized, controlled trials with a total of 159 participants.

The results of this study demonstrated that participants following a paleolithic diet reduced their weight circumference. Additionally, over a short-term duration of 2 – 28 weeks, participants experienced statistically significant weight loss (7).

Key Point: Only a small amount of short-term studies have looked into paleo diets for weight loss. However, the available evidence suggests that they can successfully help with weight loss.

What Are the Health Benefits of Keto and Paleo? 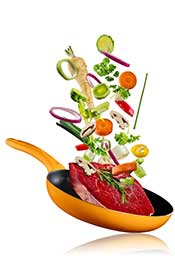 However, studies do show they have specific benefits too.

For one thing, randomized trials show that they can improve glycemic control and cardiovascular risk factors.

A randomized trial also compared a paleo diet to the Australian Guide For Healthy Eating’s diet. Notably, the paleo diet had a larger impact on improving body composition, with no significant differences in other health markers (10).

In contrast to paleo, people often turn to keto diets as a health intervention, particularly for help with weight loss or type 2 diabetes (11, 12).

Since ketogenic diets improve insulin sensitivity and reduce fasting blood-glucose, they can be especially useful for those with some degree of insulin resistance.

This health marker is an important factor, as studies show a high ratio of triglycerides to HDL has a strong association with the extent of cardiovascular disease (13). 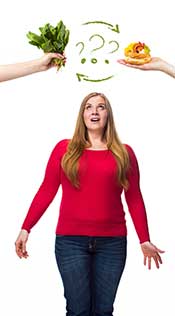 Which is More Sustainable?

Sometimes people struggle to stick with their diet…

The merits of a particular diet often depend on how easily people can adhere to it.

Unfortunately, there are no studies that directly compare these two diets in this regard, so the answer is debatable.

Key Point: While both keto and paleo have their plus points, they also contain elements that some people will find challenging. In short; how sustainable the diet proves to be will depend on each individual’s personal needs and requirements.

Keto vs Paleo: Which Is the Better Choice?

Both diets are a big improvement on the heavily processed foods most people subsist on.

While carbohydrate restriction is not necessary for everyone, many people find success and improve their heath with keto diets, which is great.

On the other hand, for those who are otherwise healthy, a paleo diet containing more fruit and veggies may be the preference.

It largely comes down to what you prefer; more fruits and starchy carbs?

Or more steak, cheese, and avocados?

For more comparisons, see this guide to low carb vs keto.

7 thoughts on “Keto vs. Paleo: How Do These Popular Diets Compare?”