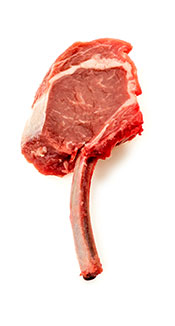 Lamb is a common type of red meat.

Due to its impressive nutrition profile, it is perhaps the healthiest commonly available meat.

This article will analyze the complete nutritional values of lamb.

Additionally, we will examine the science-backed health benefits of lamb to show why it is one of the healthiest foods around.

Lamb refers to the meat of a sheep in its first year.

The meat from these animals is usually produced when the sheep is between 1 and 12 months old.

Lamb is a kind of red meat because it has a high myoglobin content, an iron-rich protein found in the muscle of animals.

Myoglobin contains heme, which is a pigment that gives meat its red color (1).

All meat and poultry contain myoglobin, but beef and lamb contain much larger concentrations hence their classification as red meat.

Lamb is a nutrient-dense food, and it is rich in protein, vitamins and essential minerals.

Key Point: Lamb means the meat of a sheep under one year of age. It is a nutritious form of red meat.

The Difference Between Lamb and Mutton

Before we get started looking at the health benefits, many people wonder how lamb compares to mutton nutritionally.

The definition is quite simple;

While this all sounds very simple, there are further key differences between the two types of meat.

Lamb meat enjoys far greater popularity than mutton due to its tenderness and milder flavor.

Studies show that the texture of lamb deteriorates with advancing age. As a result, some farmers produce lamb from as young as one month old (2).

As sheep eat large quantities of grass throughout their life, mutton meat becomes very fatty and imparts a much stronger flavor.

Additionally, the meat is chewier and doesn’t have the tenderness of lamb.

However, some people have a taste preference for the higher fat content and stronger flavor.

Key Point: Lamb is meat from a young sheep while mutton comes from older animals. Lamb is more tender, but has a lower fat content compared to mutton.

The nutritional value of lamb is impressive; it contains a range of beneficial nutrients including protein, healthy fats, vitamins and minerals.

The tables below show the full range of nutrients in cooked domestic lamb (leg shank) per 100 grams (3).

As shown above, lamb is a mixture of fat and protein.

Lamb fat mainly comes from equal parts saturated and monounsaturated fat. Among the fatty acids, oleic acid is the most predominant (4).

For those who are unaware, this monounsaturated fatty acid is also the primary fat in olive oil (5).

Compared to most meat, lamb also has a much higher omega-3 content.

However, as a domestic American lamb, the meat shown in the table is likely grain-finished.

Opt for pasture-raised lamb for an even better provision of omega-3.

Here is the vitamin profile; as shown, lamb is an excellent source of B vitamins – particularly vitamin B12.

Key Point: Lamb has a very healthy nutrition profile and it contains a wide variety of essential nutrients. It is a significant source of B vitamins, zinc and selenium.

Aside from the nutrient profile, lamb has many other nutritional benefits. 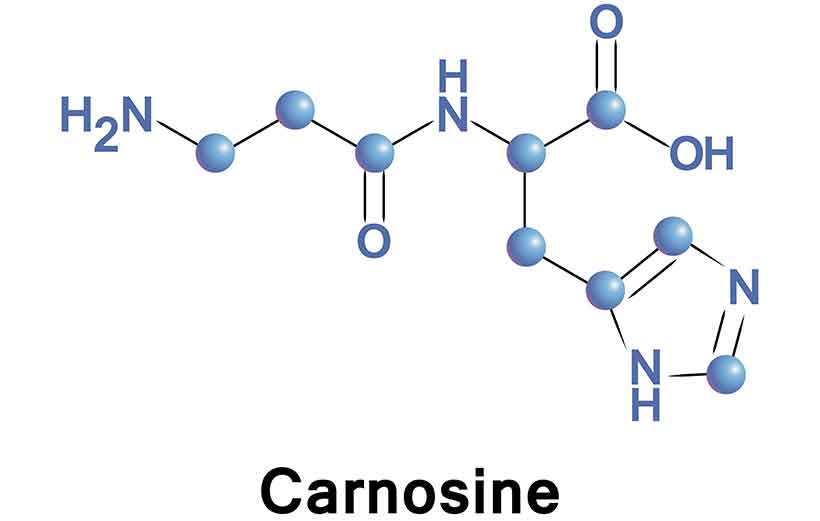 L-Carnosine is a compound that contains two amino acids (proteins) bonded together; beta-alanine and histidine.

Only certain foods contain carnosine in high amounts, and lamb is one of these.

Firstly, carnosine is classed as a non-essential nutrient because our bodies can make it internally.

However, recent research is showing that higher amounts of carnosine from external sources may offer additional health benefits.

Among these, carnosine appears to have anti-atherosclerotic effects, meaning that it may help to protect against cardiovascular disease (7, 8).

Notably, carnosine also helps to reduce the glycation of sugars and proteins in our body.

Unfortunately, AGES are harmful compounds which directly cause inflammation and oxidative stress, and they are believed to be one of the keys to the aging process (9, 10).

Key Point: Lamb is among the best dietary sources of carnosine, a healthy compound that may have powerful health-protective properties.

2. Lamb is a Significant Source of Complete Protein 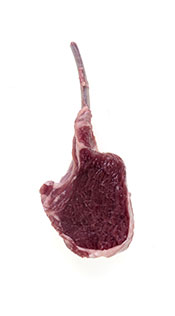 One of the biggest positives from eating lamb is the protein content.

While it is common knowledge that lamb is an excellent source of protein, not all protein is made the same.

In other words; the efficiency by which our body can use protein differs depending on the specific food and the amino acids it contains.

On the positive side, lamb contains every amino acid, and we can, therefore, class it as a ‘complete’ protein.

This completeness means that our body can use lamb protein more efficiently than ‘incomplete’ proteins in plant foods.

Protein is incredibly important for our health, and it encourages lean muscle mass, the growth and repair of cells, and higher levels of satiety (14, 15, 16).

While some people like to judge food based on how many calories it contains, the caloric load says little about the food’s relative health merits.

The best measurement of the health properties of a particular food is nutrient density.

Lamb passes the nutrient-density test with flying colors, and here is a quick summary of why;

Key Point: Lamb contains a large range of beneficial compounds, and as a total package it offers a lot.

In the modern world, most people are consuming too much omega-6 and not enough omega-3. This issue is important because omega-3 fatty acids have an anti-inflammatory effect, while omega-6 is pro-inflammatory.

Providing these two essential fatty acids are relatively balanced, they are both useful and beneficial. However, some people are now eating a diet that is approaching 20:1 in favor of omega-6 to omega-3 (17).

Removing omega-6 vegetable oils such as soybean oil is a great way to change this. Additionally, consuming omega-3 fatty acids from seafood (especially oily fish) helps us to get more omega-3.

However, land animals can also be rich in omega-3.

This is especially the case for animals raised on pasture. As one such animal, lamb tends to be an excellent source of omega-3.

In pasture-raised lamb, the levels of omega-3 are higher than grain-finished animals.

5. An Important Source of Heme Iron 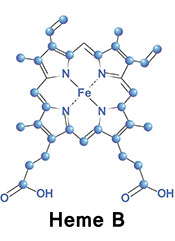 Many different foods contain iron and it is present in everything from spinach and kale to bananas and tomatoes.

However, just as the digestibility of protein differs, not all iron is made the same.

When it comes to digestion and absorption, heme iron is king.

It is unfortunate to see the rise of iron-deficiency anemia.

Importantly, lamb contains a rich source of heme iron in amounts similar to other red meat such as beef.

Key Point: Lamb contains large amounts of heme-iron, which is an important nutrient in the face of rising iron-deficiency anemia.

Creatine will be well known to anyone with interest in working out and/or sporting performance.

Red meat is the most substantial dietary source of creatine and lamb contains approximately 300-500 mg per 100 grams (24).

Although this is not close to the same level as creatine supplement dosages (3 – 5 grams per day), it should still have a physiological benefit – especially for those eating higher amounts of lamb and beef.

7. Lamb is a Source of the “Master Antioxidant” Glutathione

People often refer to glutathione as “the master antioxidant” because of the critical role it plays in protecting our health and our internal antioxidant defense systems (25).

We cannot read too much into this since there is no clinical research on humans, but higher glutathione levels track with a longer lifespan in animal studies (26, 27).

However, research suggests that consuming more exogenously (from outside sources; i.e. food) could have advantages.

On this note, a further health benefit of lamb is that it contains glutathione (28).

Also, it contains all three amino acids that our body requires to synthesize glutathione internally.

Key Point: Lamb contains glutathione and it also provides all the essential prerequisites for our body to make its own glutathione.

Lamb contains a source of the natural trans-fatty acid CLA.

Firstly, don’t worry about the name ‘trans fat’ because the naturally occurring version found in animal foods is much different from synthetic trans-fat (29).

In fact, it may even have some health benefits.

For instance, a meta-analysis of 18 controlled trials demonstrates that supplementing with isolated CLA “produces a modest fat loss in humans” (30).

Furthermore, research shows that people with higher tissue levels of CLA have a reduced risk for myocardial infarction (heart attack) (31).

However, correlation does not necessarily equal causation. To illustrate this point, the people with higher levels of CLA were likely consuming more meat and dairy (and probably less refined carbohydrate).

In other words, it is difficult to pinpoint precisely what is lowering the risk.

Either way, lamb meat is richer in CLA than any other meat and contains approximately 4 – 19.0 mg CLA per gram of fat content.

9. A Source of Healthy Fats 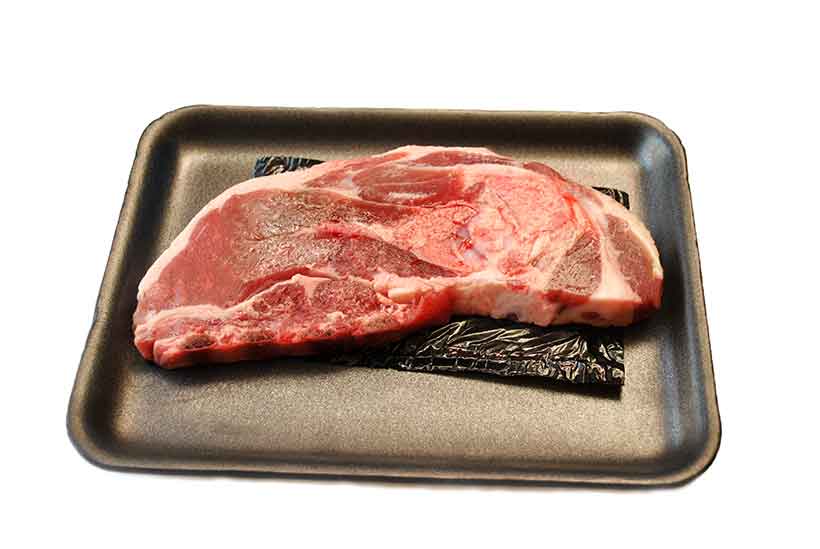 These kinds of ‘health benefit’ lists generally do not mention fat.

After years of health authorities demonizing dietary fat, that is not really a big surprise.

However, let’s give fat the credit it deserves; good fat is an essential and healthy part of the human diet.

Furthermore, two specific fatty acids in lamb are very beneficial for us;

This one is not really a health benefit, but it is always challenging to enjoy supposedly “healthy” (flavorless) low-fat products.

On the other hand, lamb genuinely is nutrient-dense and a healthy food. It is doubtful that anyone would complain about the taste of it.

Put simply; lamb is one of the tastiest (and healthiest) foods in the world.

Are There Any Concerns About Lamb Meat?

There are several concerns about lamb meat, but nothing too worrying.

To start with, a range of epidemiological (observational) data suggests that red meat may increase the risk of colorectal cancer.

However, there isn’t any strong causative evidence for this, and there are many confounding factors: see here for a full analysis.

Some people still worry about the cholesterol content of animal products due to the decades of warnings against dietary cholesterol.

However, rigorous systematic reviews and meta-analyses have shown that dietary cholesterol is not a nutrient of concern (37, 38).

Depending on location, lamb can be reasonably priced or it can be very expensive.

As a result, affordability can be an issue.

If this is an issue, it could be worth looking at the cheaper cuts of lamb such as neck, shoulder, or even ground meat.

Lamb is a very nutritious food that is full of protein, healthy fats and a wide range of micronutrients.

All in all, lamb is possibly the best choice of meat for those looking for the most health benefits.