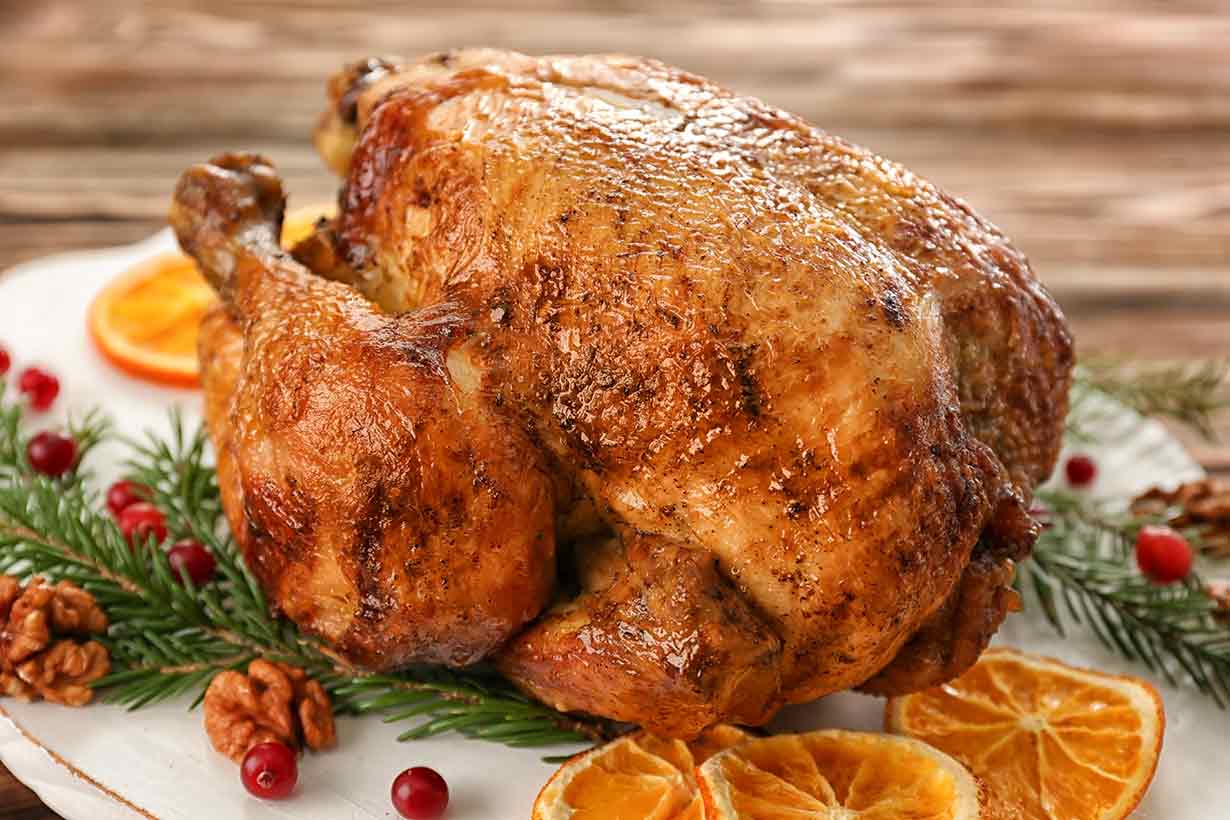 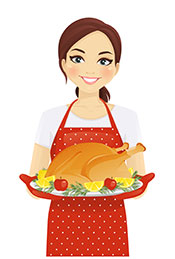 Gram for gram, turkey offers more protein than any other meat.

It is also the centerpiece of big celebrations such as Christmas dinner and Thanksgiving.

However, when we discuss the nutritional value and benefits of meat, turkey often seems to be the forgotten one.

We can hear so much about beef, chicken, lamb and pork, so how does turkey meat compare?

This article takes an in-depth look at the nutrition facts and potential benefits of eating turkey.

Turkey refers to the meat of turkey, a large bird native to the American continent.

These birds are generally domesticated and farmed for their meat.

Since turkey is low in myoglobin (a protein that gives red meat its color), it is classed as “white meat”.

People consume turkey throughout the year, with turkey breast and sliced turkey being popular sandwich/salad meats.

However, most people only prepare a whole turkey for significant cultural occasions such as Christmas and Thanksgiving dinner.

Turkey enjoys the most popularity in the Western world, particularly in Canada, Ireland, the United Kingdom, and the United States.

Also, turkey is similar to chicken, both nutritionally and in terms of taste, but it has a stronger flavor and a drier texture.

Key Point: Turkey is a common type of white meat and it enjoys great popularity at Christmas and Thanksgiving.

Depending on the cut of turkey, the nutritional values can slightly change.

For example, there is a difference between the light and dark parts of turkey meat.

For this reason, here is the nutrition profile per 100 grams of roasted turkey for both light and dark meat (1, 2).

As shown above, there are only small differences between lighter and darker parts of turkey meat.

The main nutritional differences are;

Other than that, turkey contains large amounts of protein, it is a low to moderate source of fat, and it contains no carbohydrate.

The table below shows how light and dark turkey meat compare regarding their vitamin content.

Turkey contains a range of B vitamins.

Overall, darker turkey meat has a slight advantage regarding vitamin and mineral density.

Key Point: Turkey is extremely high in protein, B vitamins and selenium. 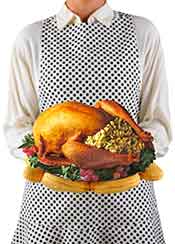 While it may not be quite as nutrient-dense as red meats like beef and lamb, turkey is nutritious in its own right.

Here is a rundown of six of the biggest benefits of eating turkey.

1. A Rich Source of B Vitamins

Turkey contains the full range of B vitamins in decent amounts, particularly vitamin B3 (niacin) and B6 (pyridoxine).

B vitamins play an essential role in our health, and they are involved in essential processes ranging from energy metabolism to nerve function and hormone production.

An 8 oz (225 g) serving of light turkey meat provides a substantial amount of B vitamins (1);

Key Point: Turkey is a significant source of B vitamins. Not as good as red meat, but turkey is still high in these essential vitamins.

Similar to all meat, turkey contains various compounds like carnosine, creatine and taurine.

Carnosine is the result of the two amino acids histidine and beta-alanine combining, and it is believed to have anti-aging and cardio-protective properties (7, 8).

Regarding taurine, this is an essential amino acid that may potentially have some cardiovascular benefits (11).

All poultry tends to contain less carnosine and creatine than red meat (12, 13).

However, turkey contains a higher amount of taurine than other meats (14).

Key Point: Just like red meat, turkey also contains interesting compounds such as carnosine, creatine a nd taurine. It is naturally lower than red meat in some, but higher in others.

3. Contains a Large Amount of Selenium

Selenium is an essential mineral that we need to remain healthy.

Unfortunately, selenium deficiency is thought to affect approximately 1 billion people around the world (16).

Whether from meat or plant foods, selenium initially comes from soil and the uptake of the mineral by plants.

That said, soils are not as selenium-rich as they used to be, so most food does not provide as much selenium as it once did (17).

Key Point: One of the biggest positives about turkey is the substantial amount of selenium it provides.

4. Turkey Is Extremely High in Protein

As mentioned earlier, turkey is the king of all meats when it comes to protein.

Per gram, no other meat offers more;

By comparison, red meat options like a ribeye steak or a pork chop have a protein density of approximately 24% (18, 19).

For example, the table below compares the protein density of light and dark turkey meat against various other meats (1, 2, 20, 21);

As you can see in the table, light turkey meat is significantly more protein-dense than lean cuts of beef and pork.

Dark turkey meat has a similar protein-density to lean pork.

Although turkey is a more concentrated source of protein, this does not mean that turkey is a “better” choice than beef or pork

Both those meats are very nutritious too.

Lastly, it is worth remembering that, similar to all animal foods, turkey provides a “complete” source of protein that is highly digestible and bio-available.

Key Point: One of the biggest benefits of turkey is that it is very rich in protein, especially light parts of meat.

As shown in the nutrition facts, turkey is particularly high in the minerals iron, phosphorus and zinc.

These three minerals all play an important role in health.

It is essential to consume enough iron for its positive effects on the growth and repair of the body and its role in making hormones (22).

Sadly, iron is one of the most common nutrient deficiencies in the world.

Worldwide, more than 1.5 billion people are suffering from iron deficiency, and this figure stands at 10 million in the United States (22).

Iron deficiency is nutritional in causation and it is easy to fix by eating iron-rich foods such as meat.

For some reason, phosphorus seems to be the mineral that everyone forgets.

However, sufficient dietary phosphorus is vital for a whole range of reasons.

For instance, phosphorus is critical for our bone and skeletal health and deficiency may cause negative effects on bone development. Especially for young children, there is a risk of conditions such as rickets and osteomalacia from phosphorus deficiency (23).

Phosphorus works in a delicate balance with calcium to build, strengthen and maintain healthy bones. Too much or too little can upset this delicate balance, which can potentially cause problems such as arterial calcification and osteoporosis (24, 25).

Zinc is vital for so many processes in the body, and it plays an integral role in our immune system and protein synthesis (26).

An 8 oz (225 g) serving of dark turkey meat will provide a substantial amount of zinc and contributes about 64% of the RDA (2).

Key Point: Turkey is a good source of many essential minerals.

The Difference Between Dark and Light Turkey Meat

Earlier on, we reviewed the slight nutritional differences between the two parts of turkey known as “dark” and “light” meat.

However, some people wonder why there are these dark/brown parts of turkey meat in the first place.

The answer is simple; myoglobin.

Meats such as beef and lamb contain significant amounts of this protein, and it is what gives them their red color.

The reason for this is because myoglobin contains iron, and when iron combines with oxygen, it oxidizes and turns a darker color.

For example, beef will progressively get darker and start to brown if you leave it in the fridge too long.

See this full guide to red meat vs. white meat for more information.

Why Does Turkey Have Some Dark and Some Light Meat?

Firstly, the reason why some parts of turkey have darker meat is that these areas store more oxygen.

For instance, the muscles around turkey breasts do not require much oxygen because they do no real work.

A turkey is very heavy and cannot fly for an extended amount of time, and these birds generally spend their time walking around.

As a result, their leg muscles require a lot more oxygen, and this oxygen reacts with myoglobin stored in the muscle’s blood vessels.

In other words; areas of the turkey near active muscles will provide dark meat, while other areas will not.

Key Point: A protein called myoglobin is responsible for darker turkey meat. It tends to be most concentrated in the leg muscles.

There are many different ways to do it, and everyone has their own favorite recipe.

But if you are looking for some ideas, then the following recipes all work very well. 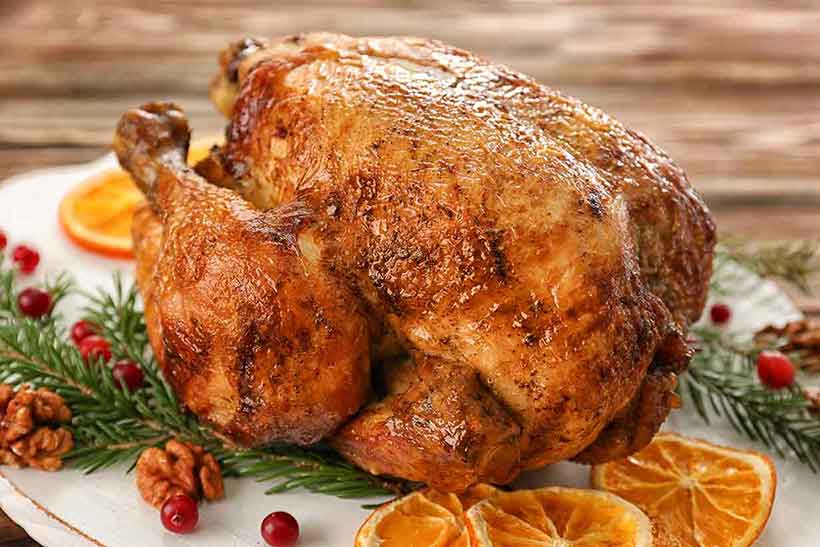 Roasted turkey has to be the first choice; cooked right, it tastes delicious. 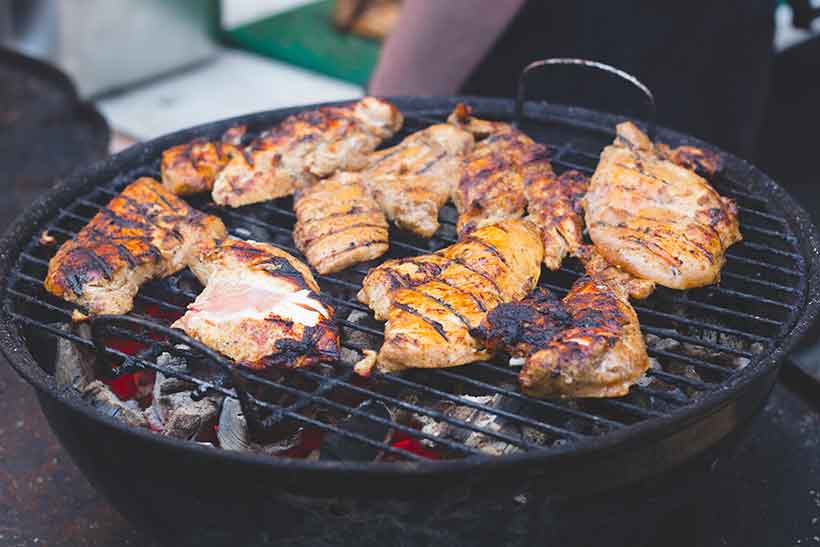 This recipe involves marinating some turkey steaks in a curried yogurt sauce and then grilling.

On the next day, all you have to do is grill the turkey. 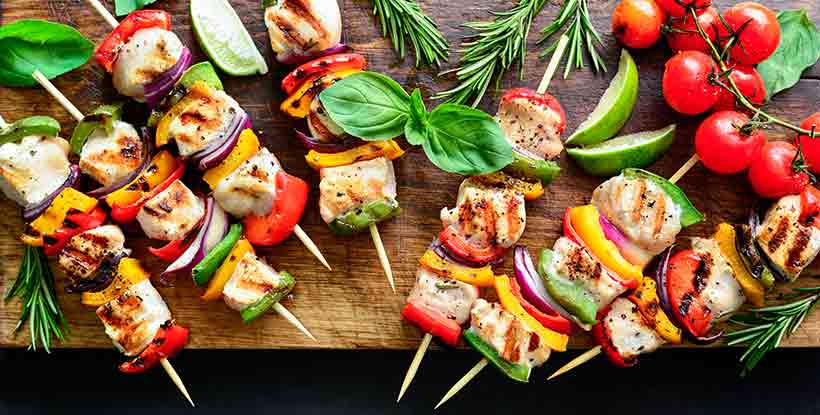 Turkey is not quite in the same league as beef or lamb regarding the absolute amount of nutrients it provides.

However, with a lower calorie count, turkey is not far away in terms of nutrient-density.

It is also a more concentrated source of protein than other meat.

Overall, turkey is a nutritious food that can play a beneficial role in a healthy diet.

If you cook it right, it tastes delicious too.

For more on poultry, see this guide to goose meat.