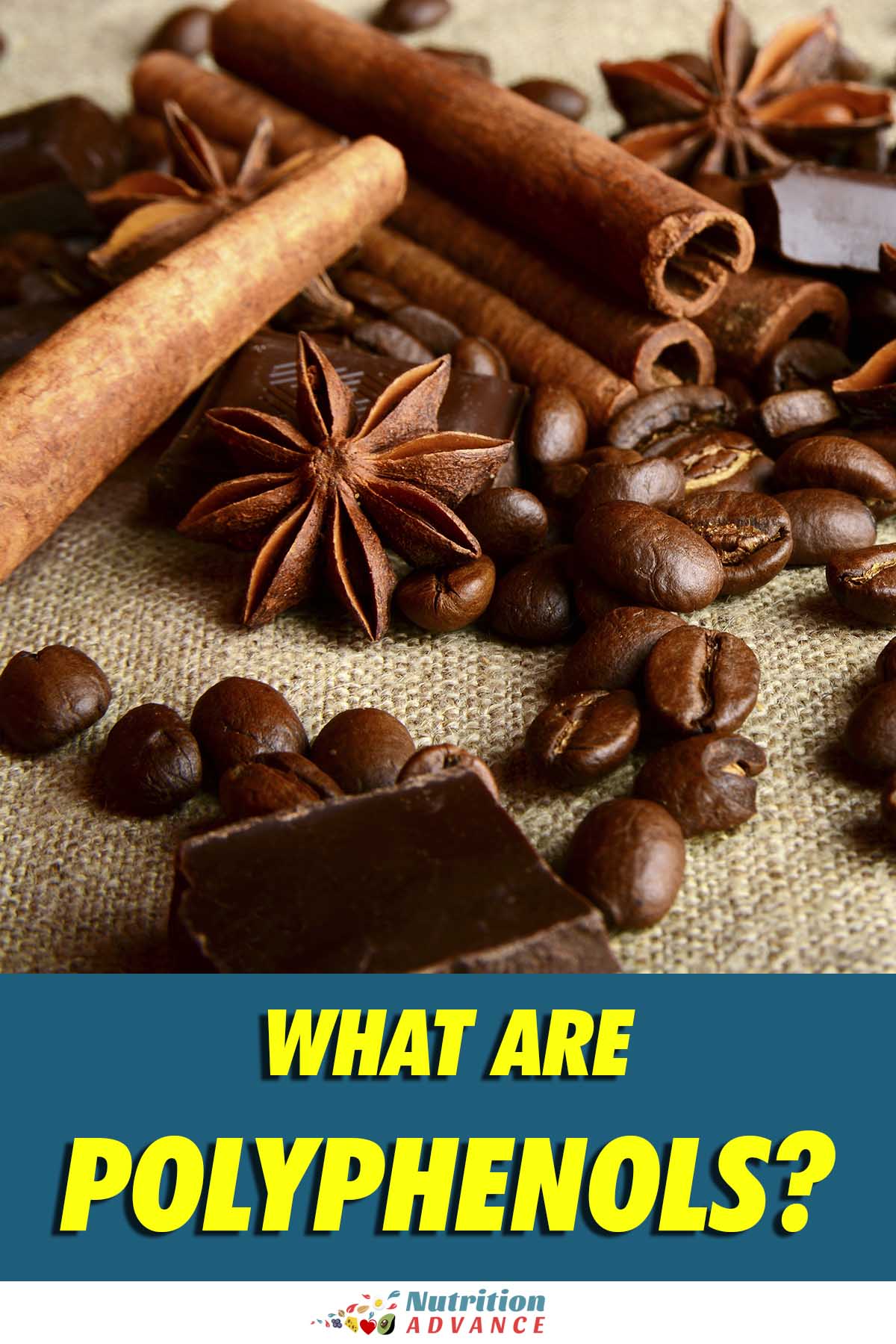 Polyphenols are unique chemical compounds that give plant foods their color, and they may potentially have some health benefits.

This article provides a guide to these interesting compounds.

First, we will explain precisely what polyphenols are, what they do, and where we can find them.

Following this, we will take an in-depth look at the existing research on polyphenols.

Do they have benefits for human health?

We can find polyphenols in a wide range of foods; berries, dark chocolate, and red wine are among the most famous sources.

A polyphenol is a natural compound that contains more than one phenolic hydroxyl group.

To put it simply, it is a compound that has multiple phenol units.

What Are Phenol Units?

Phenol units are compounds that contain six carbon atoms bonded together in a hexagonal ring.

You can see the molecular form of a phenol unit in the diagram on the right.

Five of the carbon atoms bond with hydrogen atoms, and this gives the hydrocarbon ring a chemical formula of C6H5.

This phenol ring then bonds to a hydroxyl group—oxygen bonded with hydrogen (OH)— to make a phenol: C6H5OH (1).

Key Point: Polyphenols are chemical compounds found in plant foods, and they contain more than one (poly) phenol.

Polyphenols can have different properties depending on the number and characteristics of the phenol units they contain.

There are more than 8,000 known polyphenolic compounds (2).

There are four main classes of polyphenols, and these include (3);

Furthermore, each of these polyphenol classes has further subclasses that contain different polyphenolic compounds.

In the following sections, you can see some of these subclasses along with some of the foods that contain them;

We can divide flavonoids into various subclasses and over 400 compounds (4).

See this guide to flavonoids for more information.

We can commonly find lignans in fibrous plant foods, with seeds being a particularly high source.

Specifically, flax seeds are the world’s best source of lignans (5).

There is only one sub-class of lignans, and it contains 53 polyphenols (6).

There are various subclasses of phenolic acids and 168 different compounds (7);

There is one subclass of stilbenes, and it contains 27 compounds (8).

The most famous of these is called resveratrol, and it is a major constituent of red wine.

Key Point: There are four main classes of polyphenols. These are also dozens of sub-classes, and each subclass contains numerous polyphenols.

Do Polyphenols Act as Antioxidants In the Body? Original hypotheses asserted that polyphenols act as chemical antioxidants in the body to protect against oxidative damage.

However, while polyphenols may not have a direct antioxidative effect, they still appear to play a role in immune processes.

Recent research theorizes that polyphenols may play a part in processes including;

In short, research has moved on from the idea that polyphenols directly fight against inflammation and free radicals.

Instead, research is looking at how polyphenols may, potentially, upregulate the body’s natural defense (antioxidant) systems (14). 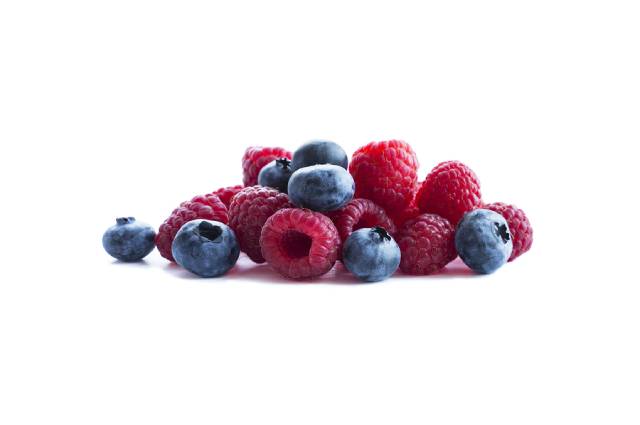 Unfortunately, the existing evidence on the health effects of polyphenols is not conclusive, and little is known about their exact effects within the human body.

At this point, the vast majority of research showing the beneficial effects of polyphenols has been in vitro.

While these studies do have importance in scientific research, we cannot use them to conclusively say the effect would be the same within the human body.

To critique the effects of polyphenols on human health in a more accurate manner, we need to analyze clinical research using human participants.

Unfortunately, there has been only limited research on the effects of polyphenols in human participants.

Randomized controlled trials on the effects of polyphenols

The following studies are all randomized controlled trials that aimed to test the effects of polyphenol intake on human health.

Beneficial effect of a polyphenol-rich diet on cardiovascular risk: a randomized trial

In this study, 102 participants with hypertension were randomized to either a high-polyphenol or a low-polyphenol diet, with 51 participants assigned to each group (16).

The high-polyphenol diet included six portions of fruit and vegetables, including berries, and 50 grams of dark chocolate.

However, one potential problem with studies such as this is that they don’t prove that polyphenols were actually responsible for these effects.

In other words, it could have been other beneficial compounds (such as vitamins and minerals) in the fruit, vegetables, and dark chocolate that had benefits.

These trials comprised of studies that gave participants between 166 mg to 2110 mg of cocoa flavanols per day.

The results demonstrated that cocoa flavanol intake appears to have a positive effect on markers of cardiovascular health, such as insulin sensitivity, inflammatory markers, and vascular function (18).

However, the researchers noted that the effects were modest and that further research via large, long-term RCTs is necessary to confirm the findings.

It is also worth noting that the participants received large doses of cocoa flavanols, which would be unrealistic to obtain from regular chocolate.

For instance, a large European study found that the average flavanol intake from cocoa products is only 7-19 mg per day (19).

However, these effects were not significant, and the researchers noted that there was “insufficient evidence” to draw conclusions about the effects of many of the different flavonoids.

Effects of green tea catechins with or without caffeine on glycemic control in adults: a meta-analysis of randomized controlled trials

This meta-analysis also looked at GTC intake with and without caffeine, and the positive effect on glycemic control was the same regardless.

In this randomized, placebo-controlled trial, purified anthocyanin consumption had a favorable effect on glycemic control in 150 participants with prediabetes or early diabetes (23).

The study demonstrated that the participants receiving purified anthocyanin supplementation reduced HbA1c, but it was only by a modest (0.14%) amount.

The results found that the high polyphenol olive oil led to changes in gene expression that indicated:

Although these effects were seen at a statistically significant level, the trial was small, and it only featured 13 participants.

Key Point: Several studies suggest that polyphenols may benefit human health. However, there are no large, long-term studies that provide conclusive evidence of this.

Do Polyphenols Have Benefits?

As shown in the above clinical trials, studies exist showing that polyphenols may benefit human health. There is a broader range of similar studies, and this was just a sample.

However, one issue is that these studies are generally either:

In the absence of large, long-term clinical trials in humans, this makes it difficult to judge the potential benefits of polyphenols.

That said, observational studies also support the idea that polyphenols have benefits for human health.

For example, a recent systematic review demonstrated “an overall inverse association between total polyphenol intake and cardiovascular events and mortality” (25).

There is also emerging research into how polyphenols may potentially provide benefits through their interaction with the gut microbiome. However, more research is necessary to gain a better understanding of these possible mechanisms (26, 27).

At present, this is where the evidence sits.

Polyphenols are associated with health benefits, and some small RCTs have found beneficial impacts.

However, there is currently no established mechanism for how these compounds work inside the human body (28).

Since the majority of polyphenol-rich foods are considered to be “healthy,” perhaps it doesn’t matter if it is the polyphenol content or something else that is behind the benefits.

Foods such as berries, cocoa, nuts, fruit, and vegetables all contain a large variety of essential nutrients. If their polyphenol content also provides benefits, then we could take that as a bonus.

As it stands right now, though, we probably shouldn’t over-exaggerate the potential benefits of polyphenols.

For more on this topic, here is a list of foods that contain the most polyphenols.