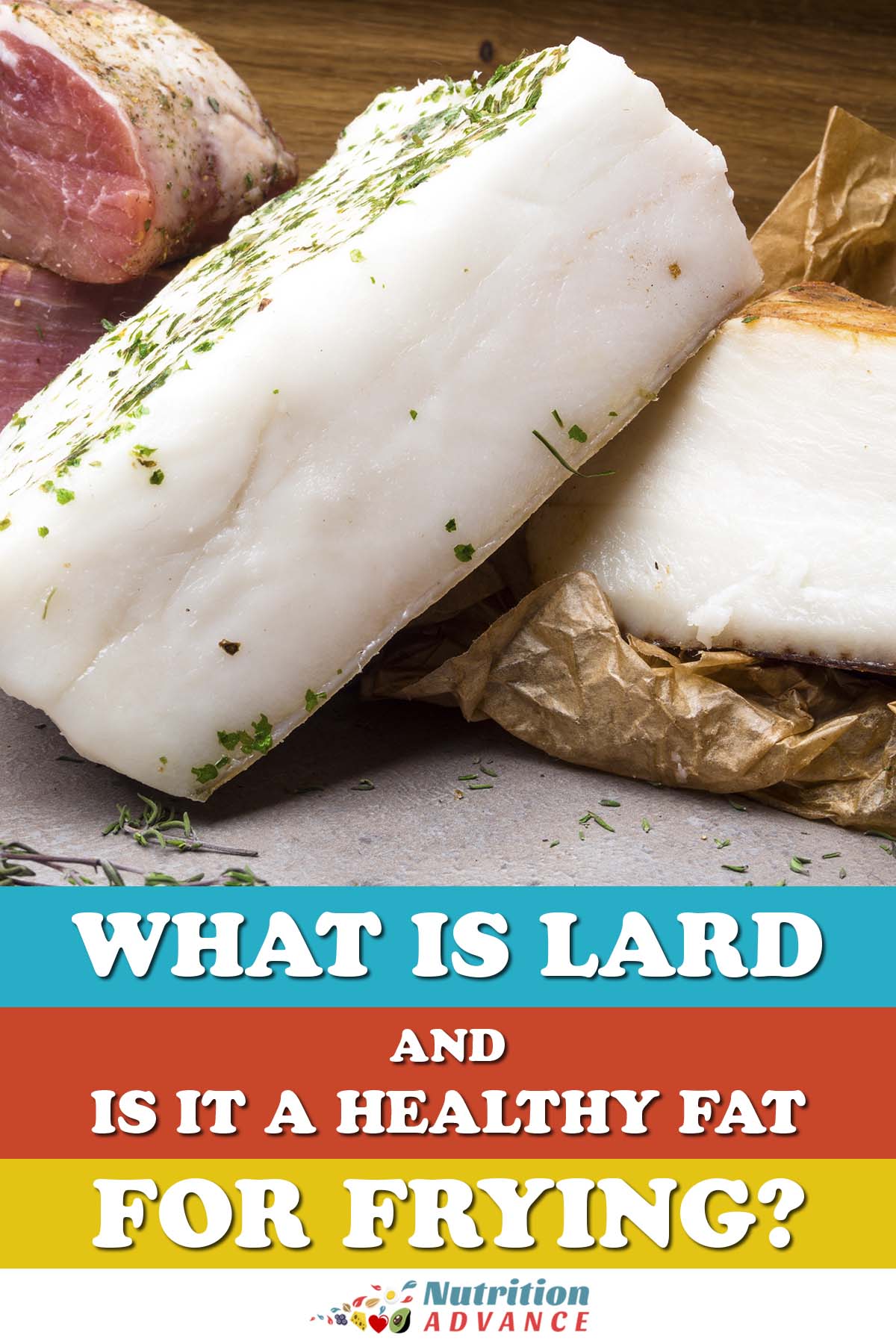 Lard has a long history and it was once a staple cooking fat in kitchens around the world.

In recent years, research has shown that animal fats are not the dietary demon they were made out to be.

As a result, lard has seen a resurgence over the past few years.

But is lard a healthy choice? This article examines the benefits and drawbacks of cooking with this traditional cooking fat. 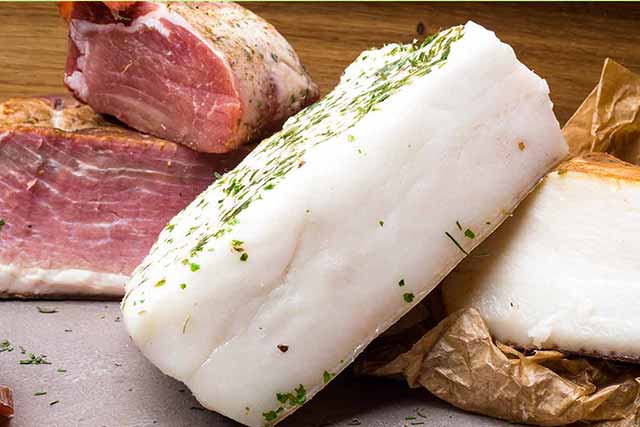 Put simply; lard is fat that comes from a pig.

This fat is usually rendered to remove any impurities, and the resulting lard looks like a pure white brick in appearance.

In the past, lard used to be one of the most popular choices of cooking fat.

However, it lost its place in the kitchen to artificial trans fats such as Crisco, which were (wrongly) pushed as healthier alternatives.

Lard is a very versatile fat, and it is an excellent option for frying, deep-frying, and even baking.

Key Point: Lard is a traditional cooking fat and it is made of pig fat.

Here is the full nutrition profile for lard per tablespoon (13 grams) (1).

As shown in the table, lard is an isolated fat which is primarily a source of unsaturated fatty acids.

Lard is not a significant source of vitamins or minerals.

However, lard from pigs raised on pasture can be high in fat-soluble vitamins D and K2.

There is more information on this later.

Key Point: Lard is a source of dietary fat, and it may also provide vitamins D and K2.

Is Frying With Lard Healthy?

While there are many strong opinions about animal fats, there are both benefits and drawbacks to consider.

First, let’s take a look at some of the advantages of using lard for cooking.

The benefits of using lard come from its heat-stability, versatility, and nutrition properties. 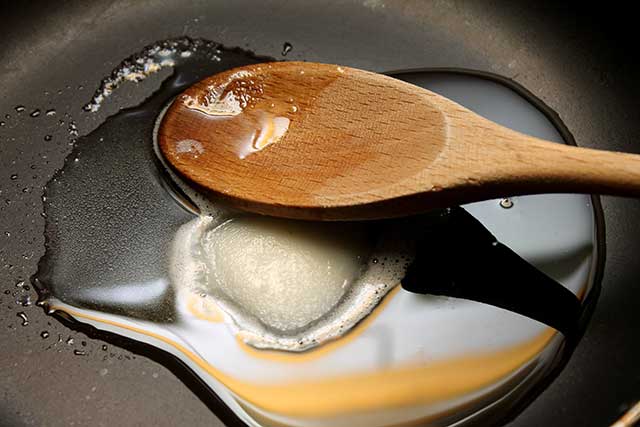 First of all, lard is very heat-stable, so it is more suitable for frying than common vegetable oils.

For instance, one study compared the oxidative stability of lard to sunflower, rapeseed, and peanut oils. In this study, researchers heated each of the four fats to different temperatures between 25°C and 200°C.

The results showed that (2);

Lard only contains approximately 11% polyunsaturated fatty acids, which are the most heat-sensitive (and prone to oxidation) types of fat (3).

Lard is not alone in this regard, and other animal fats such as tallow (beef fat) and goose fat are equally heat-stable.

Key Point: Lard is one of the most heat-stable cooking fats, and it exerts good oxidative stability at high heat.

It would be nice if everyone could use those flavorful award-winning olive oils, but they can’t because the price is often prohibitive.

On the positive side, the price shouldn’t be an issue with lard; it is very cheap.

If you want to save even more money, it is usually cheaper to request some lard from a local butcher.

For the cheapest option, it is also possible to render your own lard at home.

Key Point: Lard is widely available for an affordable price.

It is difficult to get reliable figures for the amount of vitamin K2 (menaquinone) in animal foods since this greatly depends on how the animal was raised.

That said, foods from animals raised on fresh pasture tend to have a better nutrition profile.

Although it may be difficult to source, lard made from “free-range” pasture-raised pigs contains a good source of vitamin K2 (4, 5).

Vitamin K2 is much more bioavailable than vitamin K1 (mainly found in green vegetables), and it may have important cardiovascular benefits (6, 7).

4) A Good Source of Vitamin D3 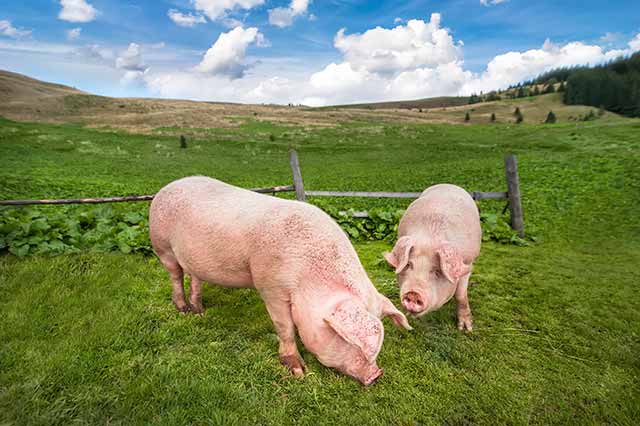 Vitamin D3 occurs in pork, and it is most concentrated in pork fat.

As a result, lard is a significant source, and it contains a much higher proportion of vitamin D3 than various cuts of lean pork meat (8).

For the most substantial amounts of vitamin D, lard from outdoor reared pigs is the best option. Past research showed that pigs getting sun exposure had 9x the vitamin D3 content in their adipose (fat) tissue (10).

In other words, lard from pasture-raised pigs may offer nine times the vitamin D3 content of lard from conventionally raised pigs.

Various artificial alternatives to animal fats like lard and tallow came into the market in the early 20th century.

The most famous of these was Crisco, which is renowned for being the first vegetable shortening (and a substantial source of trans fat).

At present, there are various vegetable shortening products on the market, and they all offer a similar texture and mouth-feel to lard in food.

Although they do not have as much trans fat as they did in the past, some of these products do still contain small amounts of these harmful fats. An easy way to identify the presence of trans fat is by checking the product label for an ingredient called ‘partially hydrogenated oil’.

Trans fat has an adverse effect on markers of cardiovascular risk, and it increases inflammation, raises LDL and triglyceride levels, and lowers HDL.

Lard is also famous for the crisp and flaky texture it gives to bakery products like pastries and pie crusts.

Key Point: Lard is a much healthier option than shortening products, which may contain partially hydrogenated oil.

6) Lard Has a Mild and Neutral Flavor

Sometimes we want to avoid strong, overbearing flavors in our food.

Although most people have no issue, others dislike the slight aftertaste that coconut and extra virgin olive oils can give to food.

On this note, lard has a very mild and neutral flavor, and it does not change anything about the way food tastes.

Key Point: Lard has a neutral flavor, which makes it an excellent choice for frying when you don’t want to affect the food’s flavor.

As shown so far, there are some excellent reasons to use lard as a cooking fat.

However, there are also some concerns that people have about this animal fat.

1) Large Source of Calories, Not Nutrient-Dense 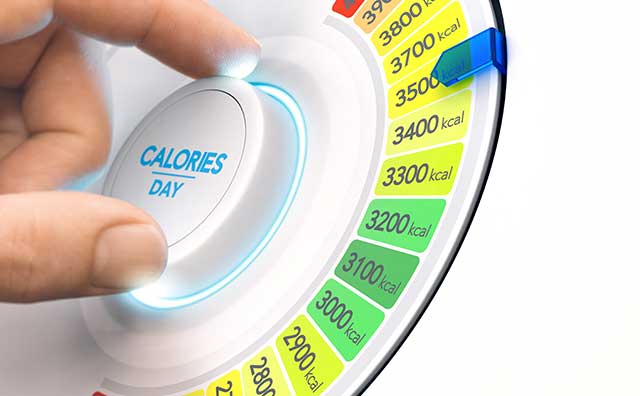 As an isolated source of fat, lard provides a large number of calories for very few nutrients.

Since just one tablespoon supplies 115 calories, it is easy to overdo it on lard (1).

That said, this is the case for every cooking fat and oil, and this is not something that is unique to lard.

The main point: isolated fats shouldn’t make up a significant proportion of our energy intake, and whole, nutrient-dense foods are the healthier option.

Using reasonable amounts of lard as a cooking fat? No problem.

Key Point: Like all isolated sources of fat, lard is very calorie-dense but not so nutrient-dense.

2) Is the Saturated Fat In Lard a Problem?

Over the years, saturated fat has garnered a bad reputation as an “artery-clogging” fat.

However, recent high-level evidence has shown that saturated fat is not the artery-clogging danger as once thought.

For instance, recent systematic reviews of the existing evidence find no association between saturated fat intake and CVD or all-cause mortality (13, 14).

It is also worth pointing out that monounsaturated fatty acids, particularly oleic acid, are the main constituents of lard.

These are the same fats as found in olives and avocados.

Key Point: As part of a healthy diet, a reasonable intake of saturated fat should not be a health concern.

3) Some Lard Is Hydrogenated For Shelf Stability

Lastly, it is important to realize that not all lard on store shelves is the same.

While some lard products are 100% pure rendered pork fat, others undergo a hydrogenation process to improve their shelf stability. These products usually have a few extra added ingredients too.

These hydrogenated lard options are also cheaper with a longer shelf life.

However, it is understandable that some people may prefer to buy pure, fresh lard in its original state.

If this is the case, be aware of this point and remember to check the label carefully.

Key Point: Sometimes lard can be hydrogenated to improve the fat’s shelf stability.

Some of the most typical uses for lard include;

Key Point: Lard is a versatile fat, and there are many different ways to use it.

However, the most crucial aspect of any cooking fat is how it performs when exposed to high temperatures.

On a positive note, lard passes the heat-stability test, and it generates a much lower amount of oxidation products than most vegetable oils do.

Subsequently, lard is a healthy choice of fat for frying at high temperatures.

Maybe, but I’m not aware of any studies comparing organic and non-organic options. If you are aware of any, please let me know!

Why is cholesterol missing from the “full nutrition profile” of your article? Sounds half full to me.
Mentioning that lard “may” have vitamin K2 sounds like saying, cigarettes are a good source of health promoting oxygen. Only one diet has proven to not only prevent, but even reverse heart disease. Lard has no place in that diet.

Hi Carl, Unfortunately, no diet has been proven to reverse heart disease, and this is widely recognized as a myth (although it is promoted in some vegan circles). If you are talking about Dean Ornish’s lifestyle reversal program from the 1980’s (that included diet, sleep, exercise, smoking cessation, and health mentoring) then this small study reversed arterial plaque in only 4 out of the 22 patients. Nor has this been replicated in diet-only trials despite many efforts since. The nutrition profile didn’t include cholesterol (as most nutrition articles now don’t) because dietary cholesterol has little effect on blood cholesterol for… Read more »

17
Reply
Thanks for subscribing!