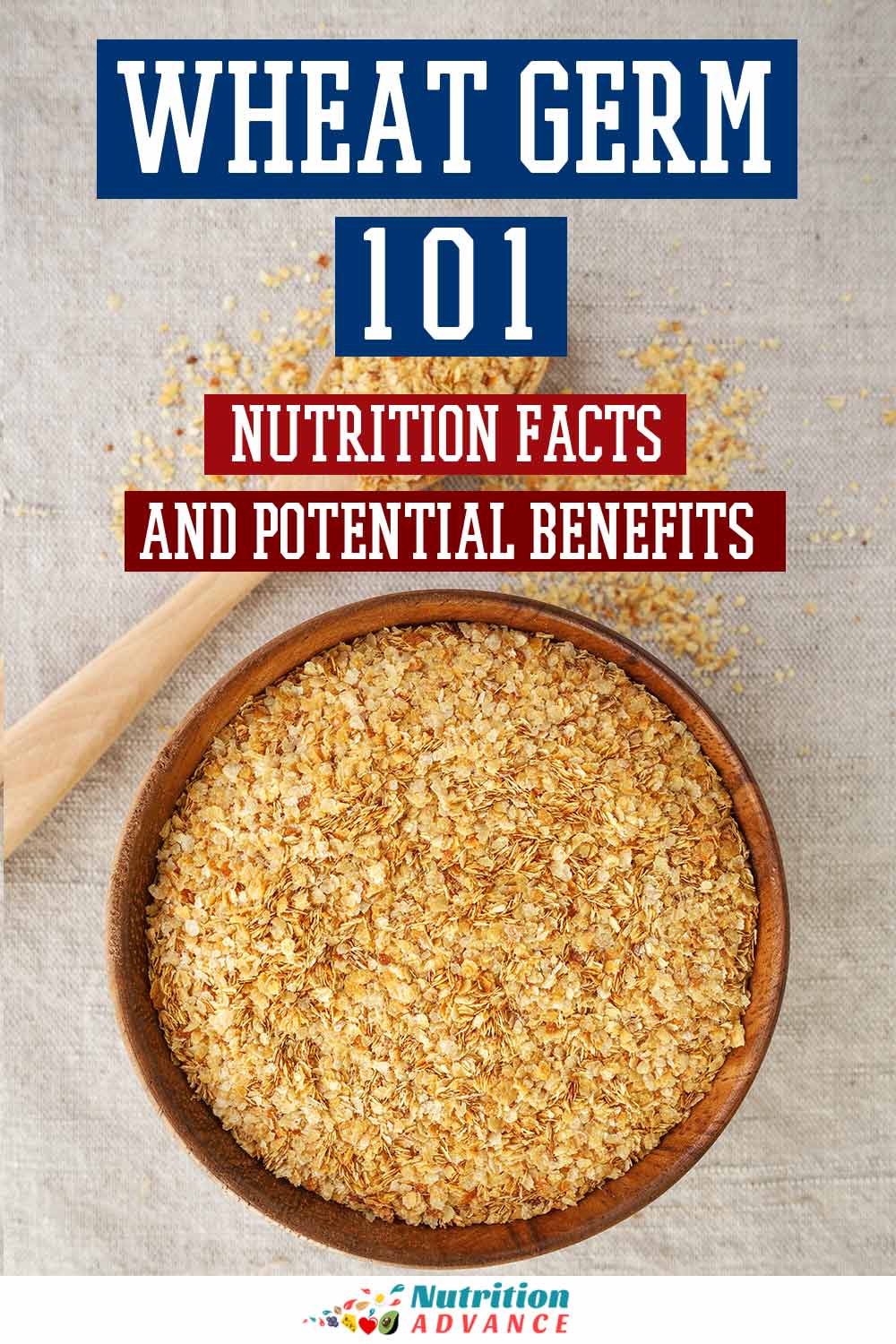 Wheat is one of the most popular crops globally, but not all parts of the wheat plant are the same nutritionally.

The germ (known as wheat germ) is one of the more nutritious parts of wheat. It is an excellent source of fiber and numerous essential vitamins and minerals.

This article examines the nutritional properties of wheat germ, its potential benefits, and how to use it.

What Is Wheat Germ? 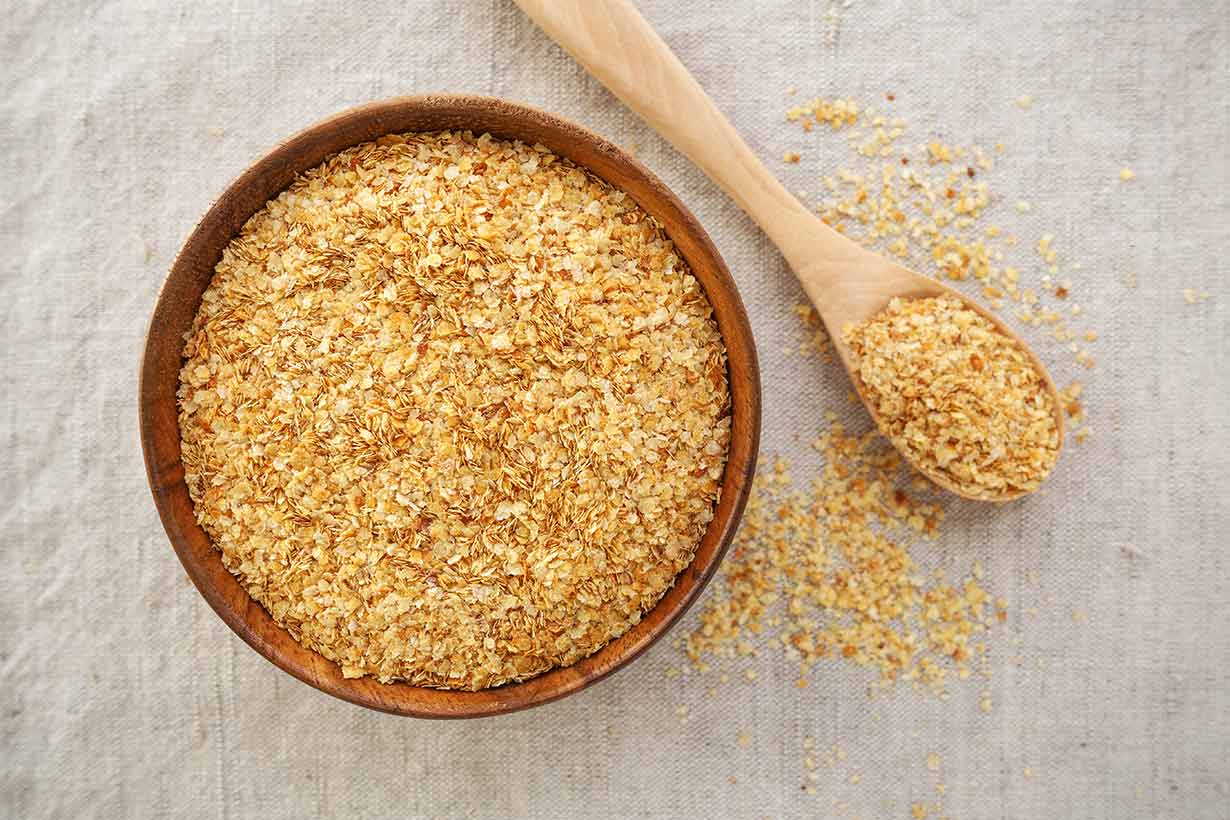 Here is a simple breakdown of how these parts of the wheat plant differ (1):

In the food industry, wheat germ is usually the leftover byproduct of milling processes used to make flour and other refined wheat products.

Key Point: Wheat germ is the most nutritious part of the whole wheat kernel, and it provides a wide range of nutrients for the plant to reproduce.

What Nutritional Values Does Wheat Germ Have?

These nutrients include high amounts of protein, fiber, vitamins, minerals, and a moderate amount of dietary fat.

Using a combination of the USDA data and the FDA’s published daily values, here is the vitamin and mineral content of wheat germ per ounce (28-gram) serving (2, 3).

As shown in the nutritional values above, the first benefit of wheat germ is that it provides a wide range of important nutrients. Among these nutrients, it offers significant amounts of B vitamins, vitamin E, magnesium, zinc, and selenium.

Some of these nutrients, such as magnesium and vitamin E, can be difficult to obtain as not many foods contain substantial concentrations of them.

Scientific Research On Wheat Germ and Its Potential Benefits

There is limited evidence from human trials on wheat germ.

However, several research studies have looked into the potential benefits of wheat germ. Here is a summary of some of the major findings.

This study featured fifty-five healthy adult participants who were randomized into two groups:

As it was a randomized trial, neither group knew which bread they were consuming.

After four weeks, results showed that (4):

This effect likely comes from the prebiotic properties of wheat germ, as its soluble fiber content provides a food source for gut bacteria to feed on and ferment (7).

It is worth noting that the amount of research on this topic is minimal. However, from this trial, it appears that wheat germ may have a beneficial effect on gastrointestinal health.

Key Point: Regular consumption of wheat germ appears to improve the ratio of beneficial bacteria in the human gut.

Impact On Markers of Metabolic Health

There have been several human trials looking into the effects of wheat germ on metabolic health. These trials looked for wheat germ affecting health markers such as blood glucose, cholesterol, triglycerides, and inflammation.

On the negative side, most of these studies are small and provide no clear evidence of benefit. For example, supplementing six grams of wheat germ per day did not significantly impact cholesterol, triglyceride, or blood glucose levels in healthy adult participants (8).

However, one small study featuring ten male participants found that wheat germ significantly affected glucose control. In this study, participants consumed fifteen grams of wheat germ alongside bread daily for four weeks. At the end of the four weeks, these participants exhibited lower blood sugar responses to an oral glucose tolerance test than the control group (9).

The review identified five randomized controlled trials of high quality that had a low risk of bias. Following a review and meta-analysis of the data, the systematic review concluded that “there is little credible evidence for a relation between wheat germ intake and a reduced risk of metabolic markers” (10).

Once again, it is worth remembering that there is very little research in this area. Future research may potentially identify benefits from wheat germ intake when there is a greater pool of data to work from.

Key Point: At this point, there is not enough data to claim that wheat germ can improve metabolic health.

Wheat Germ Is a Rich Source of Polyphenols

Another potential benefit of wheat germ is that it provides quite a concentrated source of polyphenols.

According to laboratory research, wheat germ contains appreciable levels of the following polyphenols (11):

The first four of these compounds are hydroxybenzoic and hydroxycinnamic acids, and matairesinol is a type of lignan (12, 13).

Among these polyphenols, ferulic acid is the most significantly concentrated compound in wheat germ.

Ferulic acid has antioxidant properties, and it may potentially have several related health benefits. However, there is a limited amount of research on the effects of ferulic acid in humans (14, 15).

Key Point: Wheat germ is a rich source of polyphenols, which may potentially have health benefits.

Does Wheat Germ Have Any Downsides?

As is the case with most wheat products, wheat germ is a source of gluten-containing proteins.

For this reason, it is unsuitable for anyone with gluten allergies or sensitivities. The Academy of Nutrition and Dietetics recommends that individuals with celiac disease avoid all wheat forms, which includes wheat germ (16).

How Does Wheat Germ Taste?

Wheat germ has an earthy and nutty flavor, but it tends to be used for its nutritional value rather than taste.

For instance, adding wheat germ to a smoothie or recipe generally won’t improve the taste, but using it in recipes will improve that food’s nutritional properties.

Additionally, wheat germ is not something that tends to be eaten alone. There are numerous ways to use it, though, and it is possible to add it to several different foods and drinks.

How To Use Wheat Germ

The best way to use wheat germ is to add small amounts to food and drink recipes. Not only can using wheat germ in this way add some nutrients (and a bit of flavor) to food, but it also influences the texture.

Due to its coarse texture and fiber provision, wheat germ tends to work as a thickener in recipes.

Below is an overview of some of the most common foods and drinks to use wheat germ in.

Wheat germ can be used in place of breadcrumbs when a recipe calls for breadcrumbs. It is a simple swap that can greatly improve the nutritional value of food.

Blending some wheat germ into a smoothie or other drink is an easy way to add some protein, fiber, and essential nutrients.

Adding a tablespoon or two to a smoothie will give it a bit of a nutty flavor and act as a thickener.

Tip: blend with fruit, yogurt, and ice for an extra thick, ice-cold smoothie.

Mix a tablespoon or two of wheat germ into curries, soups, and stews to upgrade their nutritional value.

We can use wheat germ to bind ground meat together. It can work well in foods like homemade burgers, meatballs, and meatloaf.

Add approximately a tablespoon per 100 grams (3.5 ounces) of meat alongside some seasonings of choice.

Wheat germ can be used as a partial replacement for flour in some recipes.

Using wheat germ in this way could upgrade the nutritional values of various bread and baked products.

According to a wheat germ producer, it is possible to replace up to half of the flour called for by a recipe with wheat germ (17).

Wheat germ can also be added to a wide variety of ready-made foods and drinks as a nutritional supplement.

For example, adding wheat germ to foods like yogurt, protein shakes, and cereals is a simple way to increase our intake of fiber, protein, and numerous micronutrients.

Key Point: Wheat germ is a versatile food product that we can use in a range of different ways.

In the food chain, wheat germ is an often-forgotten byproduct of the flour-making process.

For those trying to improve their intake of any of these nutrients, wheat germ is a simple and nutritious food that can easily fit into the average diet.

22 Types of Whole Grains and Their Nutritional Values