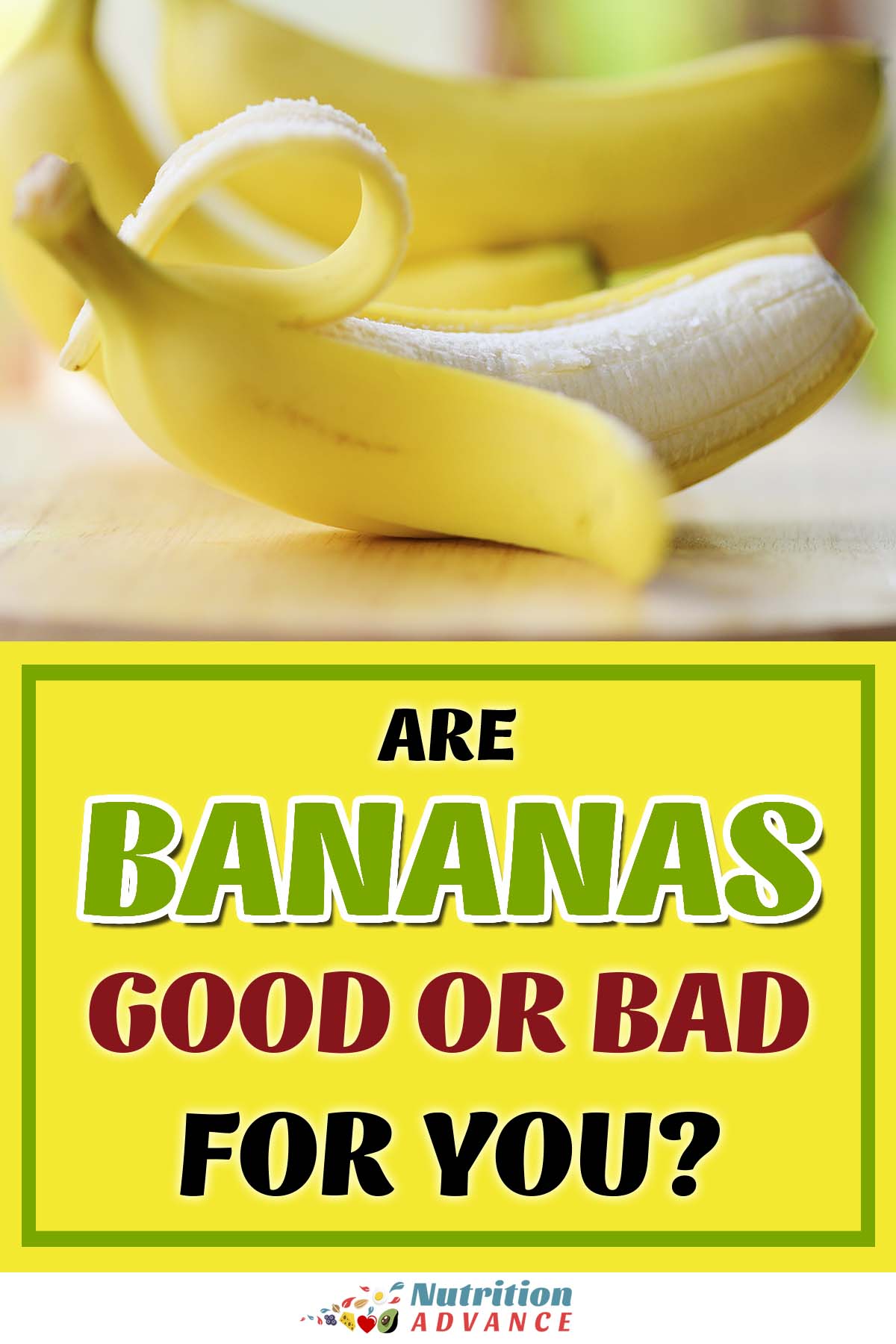 The world produces more than 150 million tons of bananas per year.

Given such numbers, it is clear that bananas are one of the most popular foods in the human diet.

Despite this popularity, bananas are one of those foods that split opinion.

While many people believe they are a healthy choice of fruit, some claim they are little more than fruit sugar.

This article takes an objective look at bananas, their nutrition profile, and their potential health effects. What does the evidence say? 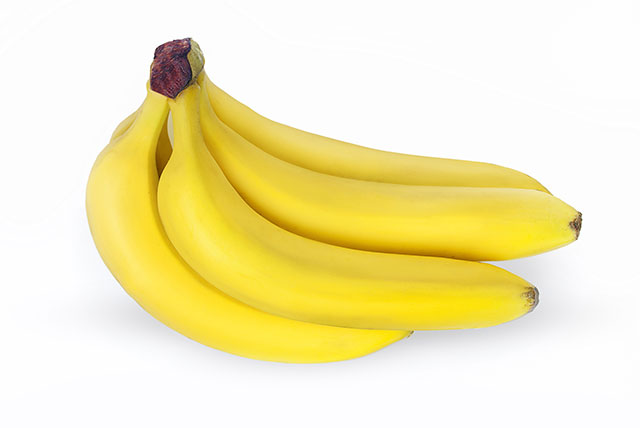 The following data shows the nutrition profile for one medium banana, which weighs approximately 118 grams.

The source of the data is the USDA’s FoodData Central database (1):

As shown in the table, bananas are primarily a source of carbohydrate.

Three grams of this carbohydrate is from fiber, and the sugar content of bananas comes from a combination of sucrose, glucose, and fructose.

Bananas offer a good amount of vitamin B6 and vitamin C.

Aside from this, they contain small to moderate amounts of most other vitamins.

Although people tend to think of bananas as being high in potassium, there are many better sources of the mineral.

Green Bananas Are a Source of Resistant Starch

Interestingly, the starch-to-sugar content of bananas can change depending on the relative ripeness of the fruit.

For instance, green bananas contain a large proportion of starch equivalent to approximately 80-90% of the carbohydrate content. However, bananas contain a group of amylase enzymes that progressively convert this starch to sugar as the fruit ripens (2, 3).

When the banana is still green and unripe, it contains more significant amounts of a specific type of starch known as resistant starch (4).

In the colon, resistant starch acts like a prebiotic, and the gut microbiota ferments it.

This fermentation process leads to the production of potentially beneficial end products such as butyric acid and other short-chain fatty acids (6, 7).

A systematic review found that green banana consumption tended to lower the severity of symptoms from gastrointestinal conditions (8).

For even more resistant starch, see this article about plantains – a food closely-related to bananas.

Key Point: Bananas are a good source of resistant starch in their unripe state. Research suggests that green bananas may have potential benefits for gastrointestinal health.

There is a varying degree of blood sugar response to all carbohydrate-containing foods.

However, the glycemic index of bananas varies depending upon how ripe they are.

In other words, banana consumption will increase blood sugar levels, and more quickly if the banana is ripe.

However, for people with diabetes who cannot produce sufficient insulin (or have insulin resistance), these postprandial blood sugar increases can be more significant.

In a trial featuring ten participants with type 2 diabetes, researchers recorded the impact of banana intake on blood glucose and insulin response.

Furthermore, the study compared these blood sugar responses with those from consuming 40 grams of white bread.

The table below shows the results of this study (9):

As shown, ripe bananas can significantly raise blood sugar levels, though not to the same extent as white bread.

However, it is worth noting that consuming a banana alongside a source of fat/protein will slow digestion and reduce the postprandial glycemic response (11).

While the results of this study are interesting, it is a small-scale pilot study and relatively underpowered. In other words, the trial lacks sufficient strength to conclusively claim that bananas lower fasting blood glucose, and larger studies are necessary.

Additionally, we should also consider what the bananas for breakfast might have been replacing in the “habitual diets” of the participants.

For example, replacing sweetened cereal with bananas may be a net positive, but would replacing an omelet and some berries also be positive? The study doesn’t tell us the answer.

Diets low in dietary carbohydrate can be a useful tool for controlling blood sugar levels in people with type 2 diabetes (17).

Since bananas contain a fair amount of carbohydrate and fruit sugar, they are not low-carb friendly and are not well suited for such diets.

Key Point: The glycemic influence of bananas depends on their relative ripeness.

Bananas May Have Benefits For the Gut Microbiota

As previously mentioned, bananas can have a prebiotic effect due to their resistant starch content.

Bananas also contain around three grams of fiber per medium fruit. Among the different types of fiber that bananas contain, a soluble fiber called pectin is one of the most prominent (18).

Additionally, pectin has a prebiotic effect, and recent research shows that pectin may have a beneficial impact on the gut microbiota (21, 22).

On this note, a randomized controlled trial looked at the effects of consuming a daily banana on the gut microbiota in thirty-four healthy women.

Bananas Are a Convenient Energy Source During Exercise

Bananas provide a convenient and portable source of energy.

For this reason, the fruit has long been a popular choice for athletes who choose to refuel with carbohydrates after exercise.

In this regard, studies suggest that bananas may be more beneficial than sports/carbohydrate drinks.

For example, in a randomized crossover trial, ingesting bananas had a superior effect on post-exercise recovery than a 6% carbohydrate drink in twenty professional cyclists. This result could have been due to the additional electrolytes (such as potassium) that bananas provide (24).

On this note, there are some common myths about bananas being bad due to their (moderately) high carbohydrate content. It is important to point out that there is nothing fattening about bananas – no fruit uniquely causes weight gain.

Key Point: Bananas may be a better choice than standard sports drinks for recovering from strenuous exercise. 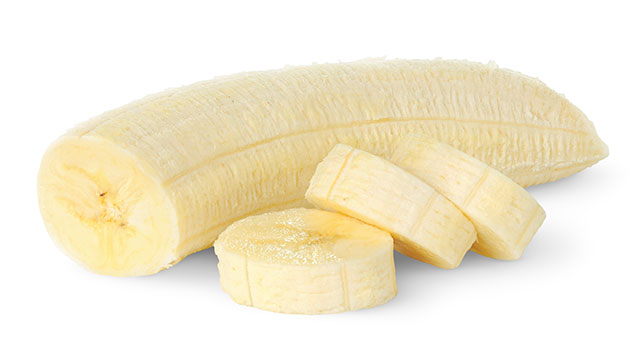 Bananas are not a significant source of phytonutrients compared to fruit like blueberries and blackberries.

However, they do still contain several bioactive compounds, and these include the following polyphenols (25):

When consumed in sufficient doses, these compounds have been shown to have various potential benefits.

However, the amounts present in bananas are relatively small, and there is no specific research in this area to confirm any benefit (26).

Key Point: Bananas contain several phytonutrients, but these are present in small concentrations.

The bacteria Shigella can cause an infectious disease called shigellosis which mainly affects children.

Symptoms from shigellosis can persist for up to four weeks, and they may include diarrhea, abdominal pain, and fever (27).

On this note, some studies suggest that green bananas may potentially lessen the severity of shigellosis symptoms.

For example, there was a recent double-blind, randomized, controlled trial on seventy-three children infected by Shigella. In this trial, children given a rice-based diet that included green banana had significant decreases in symptoms compared to a control group fed the rice-based diet without green banana (28).

Overall, bananas are not as nutrient-dense as certain other fruits such as berries.

However, they do provide a moderate range of nutrients, and some people find them useful as a quick source of energy.

For those that enjoy bananas, there’s no reason why they can’t fit into an overall healthy diet.