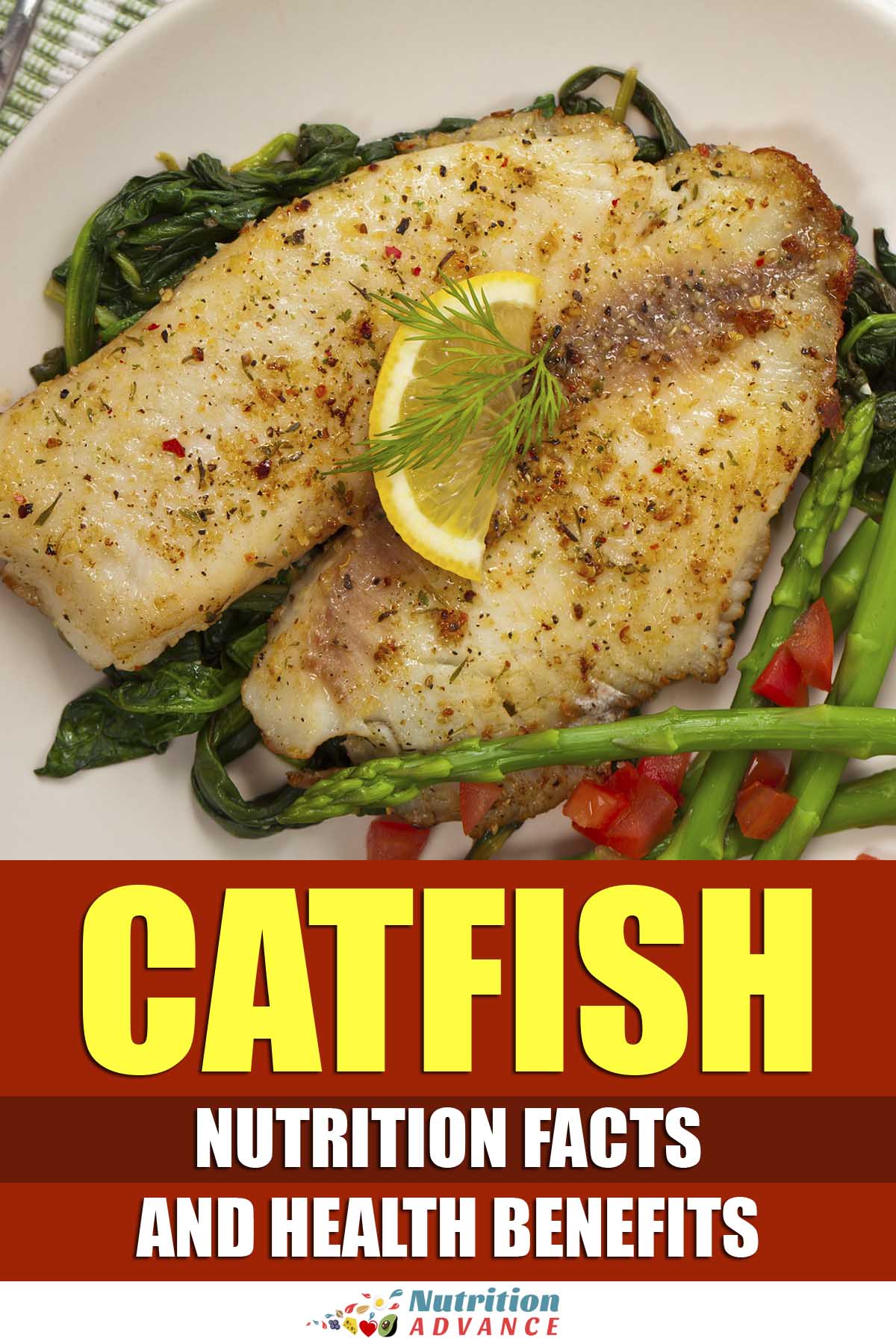 Catfish are one of the most common culinary fish in the world.

There are numerous different type of catfish, and some species can grow to weigh beyond 100 kg.

These fish live in freshwater environments from Asia and Africa to Europe and the Americas.

In this article, we examine the nutrition profile and health benefits of catfish.

What makes it such a healthy choice?

1) Catfish Has An Impressive Nutrition Profile

Despite being low in calories, the fish offers a wide range of nutrients including high amounts of some essential vitamins.

The following tables show the full nutrition facts for wild catfish per fillet. All nutritional values are from the USDA Food and Nutrient Database.

Catfish has white flesh, it is relatively lean, and it only contains small amounts of fat.

For this reason, the fish doesn’t often feature in discussions about omega-3 or oily fish.

However, despite being relatively low in fat, one cooked fillet of catfish still provides 600 mg of omega-3 fatty acids.

While some oily fish contains much higher amounts of omega-3, this is still a reasonable amount.

Omega-3 is an essential fatty acid (EFA), which means that we need to obtain it from our diet.

The omega-3 in catfish is the most bioavailable form too: EPA and DHA. Furthermore, omega-3s play a wide-ranging role in the human body, and they are especially crucial to the brain and cardiovascular health (1).

Additionally, the existing evidence suggests that fish sources of omega-3 are likely very beneficial. In a systematic review of 23 studies, a dose-response analysis found that all-cause mortality drops by 7% per 0.2 g increase in daily omega-3 (2).

In recent years, there have been many concerns over heavy metal contamination in fish and other seafood.

The foremost concern among these heavy metals is mercury, and contaminated fish is the primary cause of methylmercury exposure (3, 4).

Some of the most mercury-contaminated fish include shark, swordfish, and certain species of tuna (5).

According to research undertaken by the FDA that ran from 1990 until 2012, catfish only contains a mean average mercury content of 0.024 PPM (6).

For an idea of how this compares to other species of fish, see the table below;

As shown in the table, catfish has one of the lowest mean mercury concentrations among popular commercial fish.

Catfish contains far lower levels of mercury than fish like herring and mackerel, which are often promoted as being ‘low mercury options.’

Mercury can build up in the body, and research suggests it may increase the risk of neurotoxicity as well as developmental issues in infants (7).

Key Point: Catfish contains minimal mercury levels, and it is one of the cleanest fish. 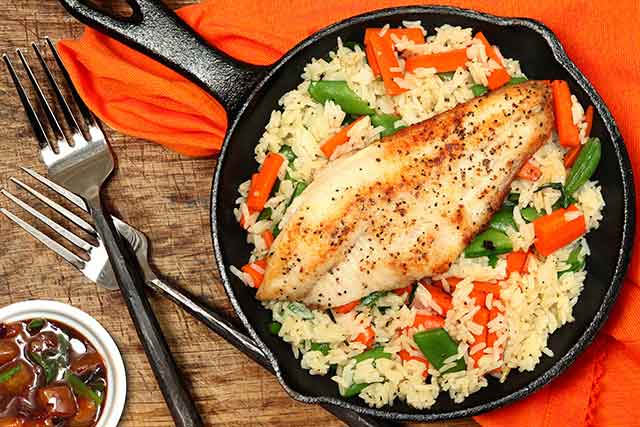 Protein is important for building and maintaining lean muscle mass. It is also a “building block” responsible for the production of enzymes and hormones that affect every function of our body (8).

Almost every food provides at least some protein, but not all food is dense in protein.

For example; to get 25 grams of protein from bacon, we’d also need to consume around 30 grams of fat and 380 calories. Bacon tastes delicious, but it is far from being protein-dense (9).

Lentils are a source of protein too; however, to get 25 grams of protein from lentils, we’d need to consume 330 calories and 56 grams of carbohydrate. Again, not very protein-dense (10).

On the other hand; catfish is extremely protein-dense, and it offers 26.41 grams of protein for only 150 calories (11).

As these values show, catfish provides significant amounts of protein, and other than small amounts of fat, it is almost a pure protein source.

5) Catfish Is An Excellent Source of Vitamin D

Vitamin D is known as “the sunshine vitamin” because we primarily get it from natural sunlight.

Not many foods provide this essential vitamin, but certain animal foods can provide a good source of the vitamin.

Wild fish is one of the best dietary sources of vitamin D, and one 143-gram fillet offers 180% of the recommended daily intake.

Vitamin D has many important roles within the body, and it can help to enhance our immune system. Studies also suggest that maintaining adequate blood levels of vitamin D may reduce the risk of several chronic diseases (12, 13).

Eating fish such as catfish is a great way to increase vitamin D levels. Dietary sources of the vitamin are particularly important for people living in areas with low levels of sunlight.

For another fish option high in vitamin D, see this guide to eel.

Another great benefit of catfish is the fact that it is so rich in B vitamins. In particular, it is a great source of vitamin B12. Vitamin B12 is one of the most common dietary deficiencies in the world today.

Certain population groups, such as infants, pregnant women, the elderly, and vegetarians are especially vulnerable to B12 deficiency (14).

In the elderly, deficiency rates have been estimated to be anything up to 25% (15).

As shown in the nutrition profile section, just one fillet of catfish supplies 69% of the daily recommended B12 intake.

Vitamin B12 is an essential vitamin, and it plays a crucial role in red blood cell formation, brain health, and synthesizing DNA (16).

Catfish is available in two forms;

While both these types of catfish offer nutritional benefits, wild-caught catfish has several advantages.

First of all, it contains much higher concentrations of vitamin D.

According to the NCC Food and Nutrient Database, catfish provides almost no vitamin D – just 3.6% of the recommended daily intake. These low vitamin D levels are not unique to catfish; research shows that farmed fish contain minimal levels of vitamin D compared to their wild counterparts (17).

Furthermore, according to the USDA Food and Nutrient Database, farmed catfish provides (18);

All in all, catfish is a nutritious fish with several key benefits.

Although it is low in fat, it still offers a respectable source of omega-3, and it supplies substantial amounts of vitamin D and B12.

As a bonus, catfish is widely available, affordable, and it can be quite tasty when prepared in the right way.

For more healthy fish options, see here for the benefits of trout.