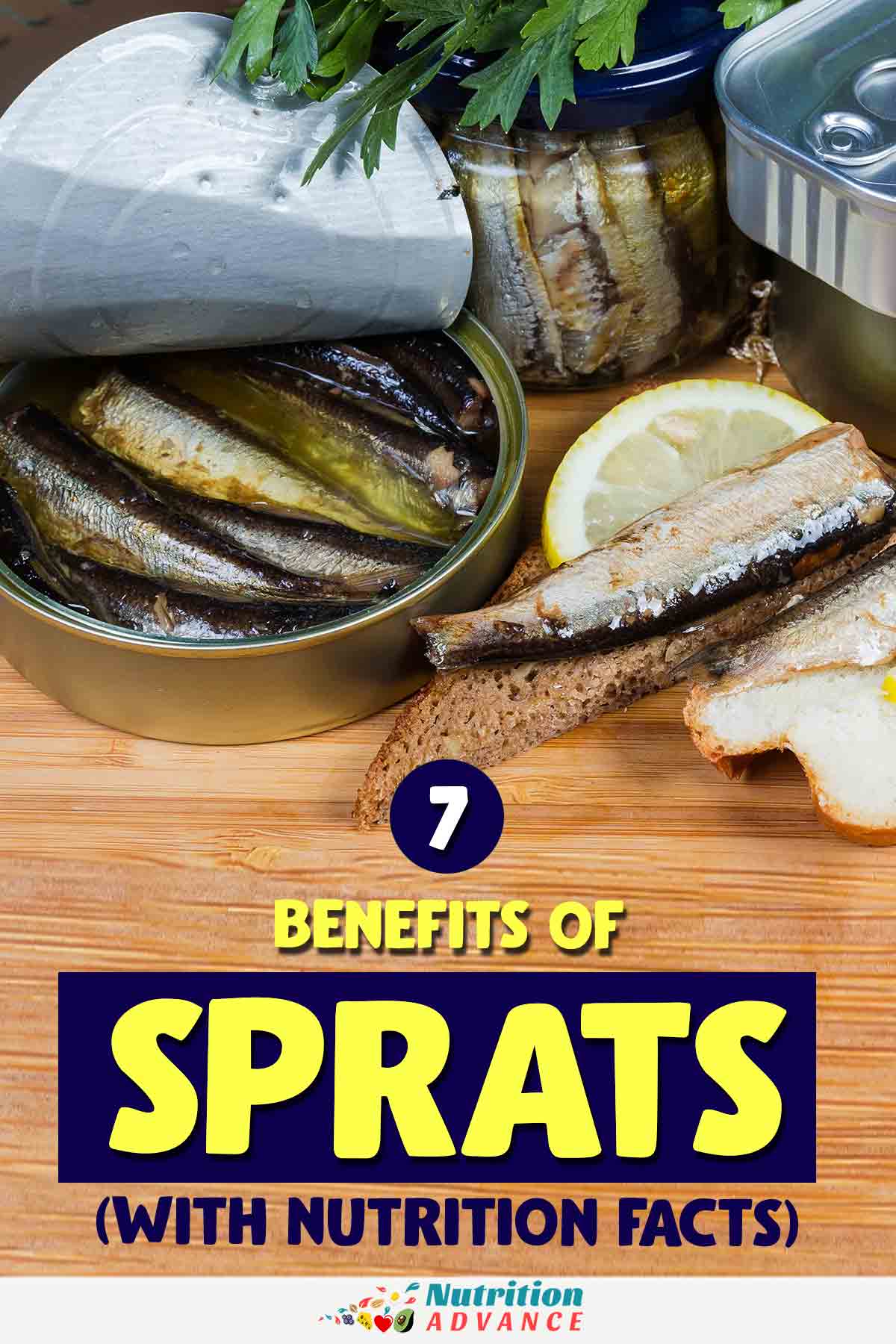 Despite being relatively unknown, sprats are one of the most nutritious seafood varieties.

This article examines the benefits these fish offer, their nutritional profile, and how to use them. 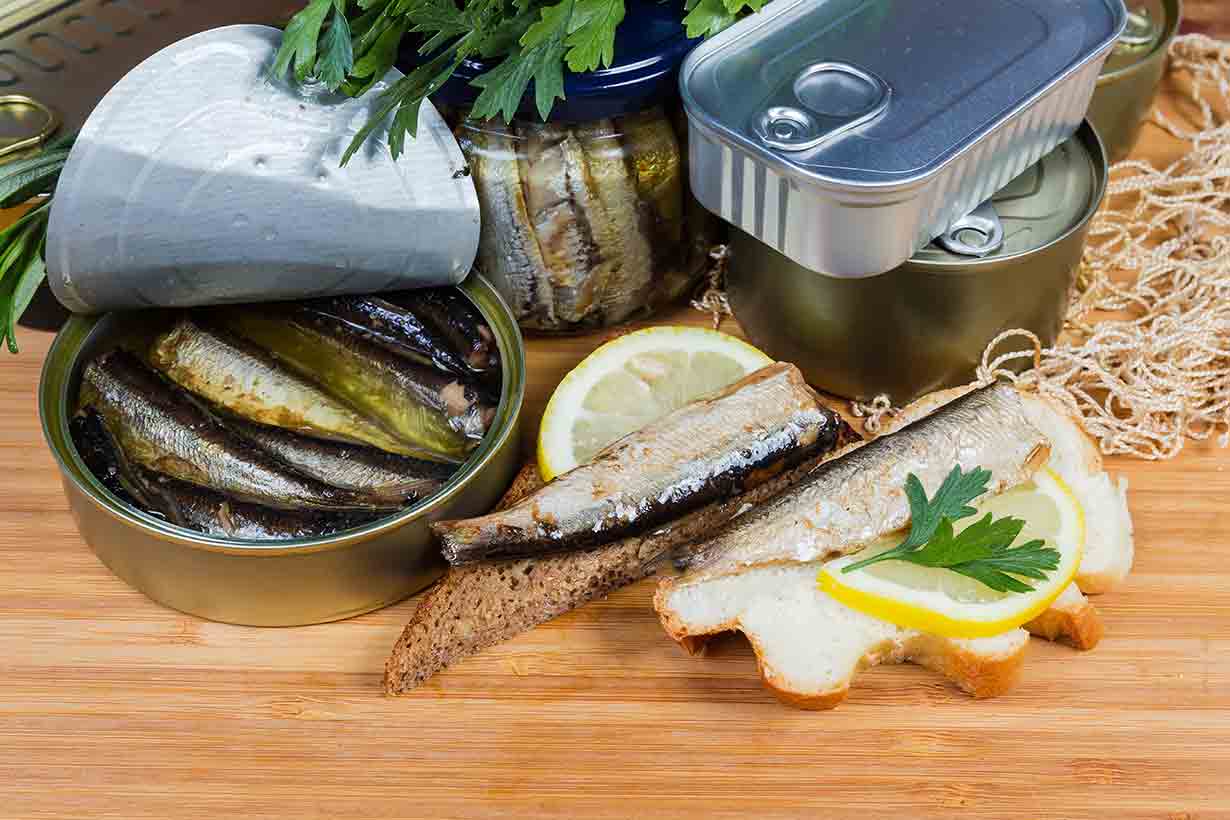 Sprats are a small type of fish that have a similar appearance to sardines, but they are generally much smaller in size.

Generally speaking, these fish grow to a size of approximately 9-15 cm in length and mostly live in waters around Europe, Australia, New Zealand, and the South-West Atlantic (1).

There are five different species of sprat, but the most common is known as the European sprat, which has the scientific name of ‘Sprattus Sprattus’ (2).

Sprats are often smoked before being canned in oil or brine, and they have a tasty and smoky flavor. However, they are also available as fresh fish, particularly in the countries near to where they live.

Key Point: Sprats are small and nutritious fish with a similar (but smaller) appearance to sardines.

Here are the full nutritional values for sprats per 3.5 oz (100g) serving.

The nutritional data is sourced from the NCC Database, and the daily values have been calculated using the FDA’s published daily values.

Sprats Are a Rich Source of Long-chain Omega-3

Similar to other oily fish like herring and anchovies, sprats offer a significant amount of omega-3.

Sprats provide these omega-3 fatty acids in the form of EPA (eicosapentaenoic acid) and DHA (docosahexaenoic acid). EPA and DHA are the most bioavailable form of omega-3 (3, 4).

As shown in the nutrition facts section, sprats provide approximately 1.4 grams of omega-3 per 100-gram serving.

Omega-3 is an ‘essential fatty acid,’ which means that we need to obtain it from our diet. Among its numerous functions, omega-3 is important for its role in anti-inflammatory processes and its ability to positively impact markers of cardiovascular health (5, 6).

For example, higher omega-3 intake may help to lower blood pressure and triglyceride levels, which could help to reduce the risk of cardiovascular disease (7, 8).

Although some fish offer higher amounts, sprats are a reasonably good dietary source of vitamin D (9).

According to the NCC database, sprats provide approximately three mcg of vitamin D per 100-gram serving. This amount is equivalent to 15% of the daily value for the vitamin.

Vitamin D is an essential vitamin that plays crucial roles in the immune, nervous, and skeletal systems (10).

Key Point: A serving of sprats offers a moderate amount of vitamin D.

Contamination with a heavy metal called mercury is a substantial problem for some types of seafood (11, 12).

As a small fish, the diet of sprats revolves around zooplankton and tiny marine creatures, such as copepods (13).

Compared to larger predatory fish species, this means that sprats are low on the ocean food chain and do not accumulate much mercury. The main reason for this is because mercury bioaccumulates in larger fish as they eat the smaller ones (14, 15).

On the positive side, several studies have investigated the mercury levels of sprats and found it to be very low.

One particular study that investigated the mercury levels of canned fish from local markets demonstrates this point well. In this study, 110 canned fish samples were analyzed from varying fish species. This research showed that sprats contained the lowest amount of mercury among all the different fish, with only 0.02 mg mercury per kilogram (14).

Significant Source of Vitamin B12

As shown in the nutritional values section, sprats provide a large amount of vitamin B12 equal to 548% of the daily value.

Vitamin B12 is a critical nutrient that plays a vital role in energy production and DNA and red blood cell production (15).

Furthermore, ensuring sufficient B12 intake is essential for preventing vitamin B12 deficiency anemia (16).

The human body can store vitamin B12 in the liver, which means that just 150 grams of sprats would provide a week’s worth of the vitamin (17).

Up to 1 billion people around the world are thought to have an insufficient selenium intake (18).

Selenium is an essential mineral with importance for the human body’s antioxidant system (19, 20).

On the positive side, sprats are also a rich source of selenium. One hundred grams of sprats offer close to the daily value of selenium, providing 85% of the recommended amount.

Another excellent nutritional benefit of sprats is just how nutrient-dense they are.

For instance, they provide significant amounts of protein, omega-3, vitamin B12, selenium, and more for just 157 calories per 100-gram serving.

One reason for this nutrient density is because when we eat sprats, we eat the whole fish, which includes the nutrient-rich organ meats like liver.

Key Point: Sprats contain large amounts of nutrients, yet they are relatively low in calories.

While it is not strictly a nutritional consideration, sustainability is an important issue for national (and global) fish stocks.

In the United States, stock levels of numerous fish species are low due to past overfishing. On this note, approximately 18% of species are listed as being overfished (21, 22).

Regarding sprats, they are listed as neither being a fish to avoid nor as one of the most sustainable choices.

In this regard, the Marine Conservation Society’s Good Fish Guide currently gives sprats a yellow-to-amber rating. This rating signifies ‘think,’ as there are better alternatives available, and it comes in between the red (avoid) and green (best choice) ratings for sustainability (23).

Although many different foods contain purine, some food sources contain higher amounts than others. Sprats are one of those foods that have high levels of purine (24).

Dietary purine breaks down into uric acid in the body, and this may be detrimental for people who have a condition called gout (25).

Gout is a type of arthritis caused by chronically high uric acid levels, which can lead to the formation of urate crystals (26).

These crystals can then become deposited in the joints, which can cause pain, swelling, and tenderness (27, 28).

According to the United Kingdom’s National Health Service (NHS) and the Arthritis Foundation, people with gout may want to limit regular or excessive intake of sprats (24, 29).

However, it is important to note that purines are a natural component of food and that gout won’t be a concern for most people.

Key Point: Sprats have an average rating for sustainability, and they also contain high purine levels.

How To Eat Sprats 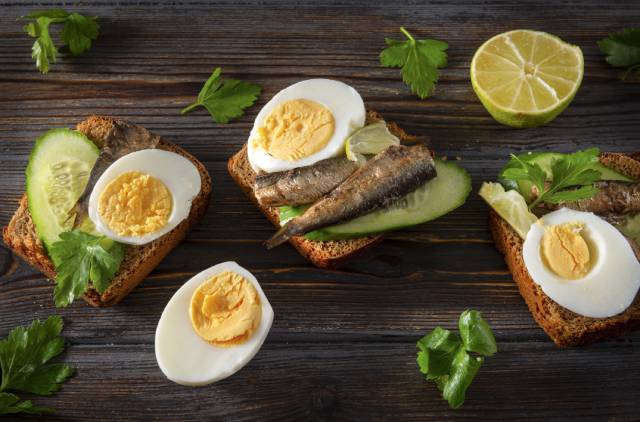 There are many different ways to eat sprats, but here are some of the most common:

Sprats are particularly useful for those wishing to increase their omega-3 intake, but they also provide large amounts of protein, B vitamins, and selenium.

Overall, sprats are a tasty and extremely nutritious small fish.