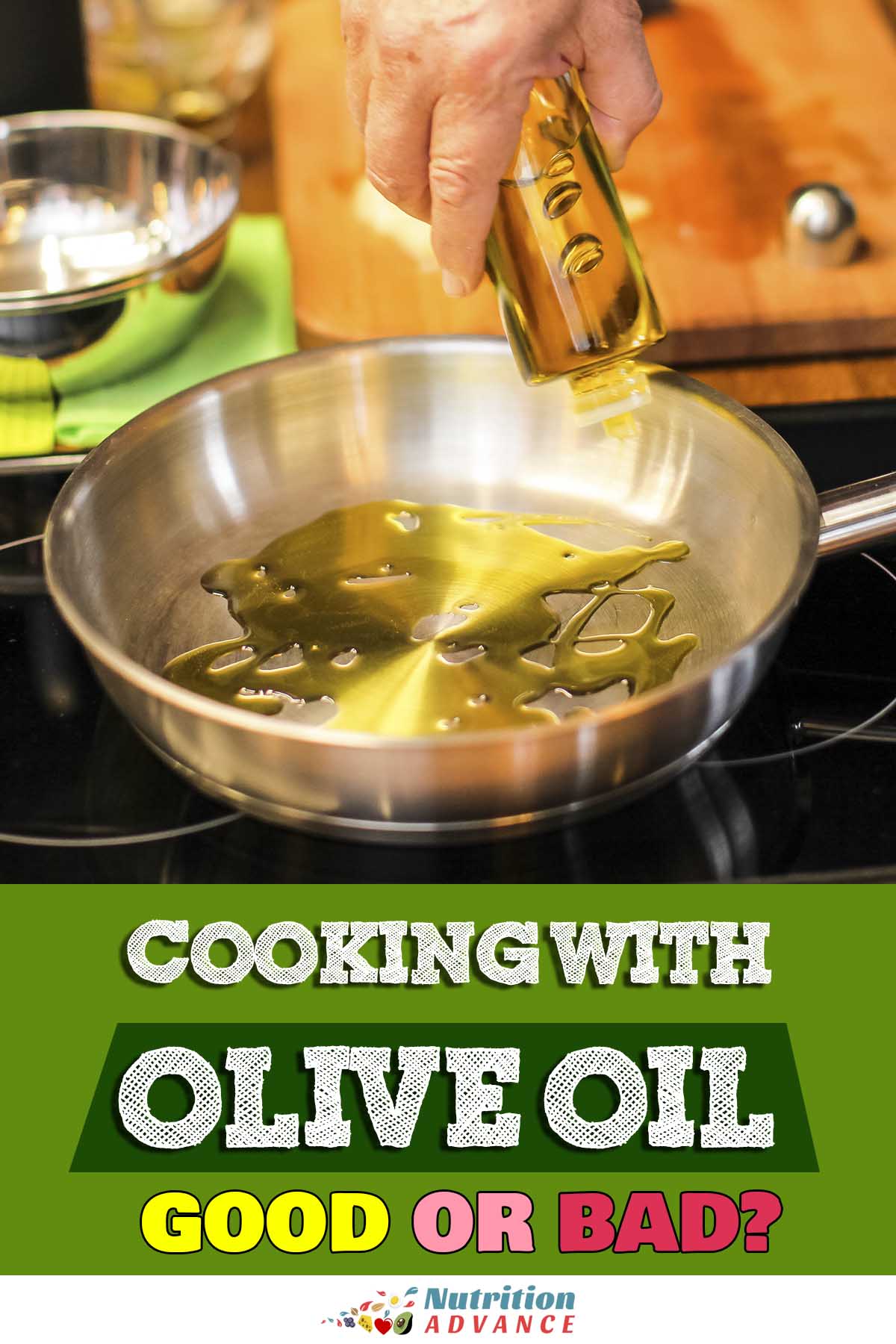 Over the past several decades, dietary fat has often had an undeserved “unhealthy” reputation.

While this mindset is changing in recent times, one particular fat—extra virgin olive oil—has long held a “heart-healthy” reputation.

However, it is common to hear claims that we shouldn’t use extra virgin olive oil for cooking.

Is there any truth to this?

In this article, we examine this claim in more detail, followed by a look at what the research says about cooking with extra virgin olive oil. 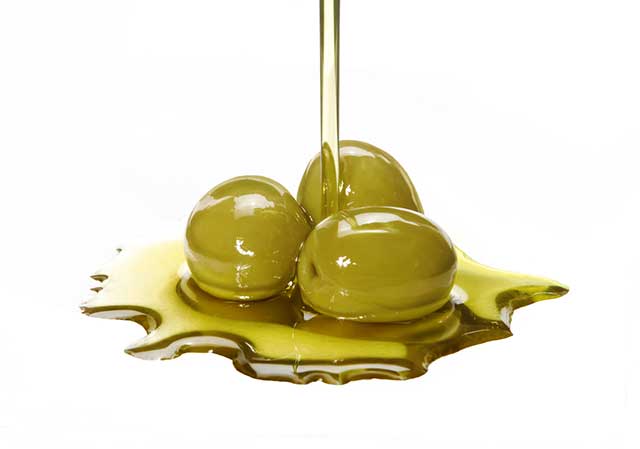 Why do people claim we shouldn’t cook with extra virgin olive oil?

First of all, fatty acids are prone to oxidation from heat, light, and oxygen. For this reason, the process of frying with oil can cause some of the fat to oxidize.

Furthermore, this oxidation process can lead to the production of secondary oxidation products such as aldehydes and other polar compounds. Research shows that these compounds can have adverse effects, and chronic exposure may be detrimental to human health (1, 2).

However, oils which are repeatedly heated are the biggest source of oxidation products (3).

Furthermore, the specific fatty acids within a cooking oil play a role in how prone to oxidation it is.

Saturated fats are the most stable fatty acids, hence they are most resistant to oxidation (4).

Since olive oil is predominantly an unsaturated fat, some people claim it is not suitable for cooking.

The smoke point of oil—the temperature at which the oil starts to burn—is another metric that people use to judge the merits of a particular cooking fat.

Key Point: Some people believe that extra virgin olive oil is unsuitable to use as a cooking oil. People generally believe this due to olive oil’s level of saturation and low-ish smoke point.

However, the fatty acids in olive oil are reasonably heat-stable

Is there really good reason to fear cooking with extra virgin olive oil?

According to the USDA Food Composition Database, extra virgin olive oil contains the following amounts of fatty acids per 100 grams (9);

The Different Saturation Levels of Fat

Firstly, there are three primary groups of fatty acids, and these are as follows;

All three of these fats contain the elements carbon and hydrogen.

In saturated fat, the carbon atoms are entirely “saturated” (surrounded) by hydrogen atoms, and the fat molecule contains no double bonds.

For this reason, they are very resistant to oxidation (10).

The following diagram shows the molecular structure of saturated fat;

Here is the structure of a monounsaturated fatty acid;

Lastly, polyunsaturated fats contain multiple (poly) double bonds, and they are more prone to oxidation than other fatty acids (12).

The diagram below shows one example of a polyunsaturated fatty acid which, in this case, has two double bonds;

Since olive oil is around 90% saturated and monounsaturated fat, it is fairly resistant to oxidation.

Regarding these fatty acid ratios, it is easy to hear claims that animal fats are heat stable but that olive oil isn’t.

Interestingly though, extra virgin olive oil has a similar fatty acid ratio to lard, and both contain the same amount of polyunsaturated fat – around 10/11 ml per 100 ml (13, 14).

Key Point: Olive oil isn’t as saturated as some cooking fats, but structurally, it is still fairly resistant to oxidation.

Many of us judge the relative benefits of cooking oil with a sole focus on the smoke point.

However, research demonstrates that the fatty acids in cooking oil can breakdown before an oil even hits that smoke point.

For example, a recent study compared the chemical and physical changes in ten commercial oils while heating them at a temperature of 180°C (356°F), among various other heat/time tests (15).

These oils were as follows;

What Did the Study Show?

To directly quote the researchers;

“From this study, it can be concluded that, under different heating conditions, the generation of polar compounds with temperature and time was more pronounced for refined seed oils with higher initial values of smoke point” (16).

For those unaware, the term “seed oil” is another name for common vegetable oils (which are actually from seeds rather than vegetables) such as canola and grapeseed oil.

The table below shows the final amount of polar compounds each oil generated, as well as the oil’s smoke point in the test;

As shown in the table, the smoke point of each oil had little relevance to the number of oxidation products the oil generated.

In this study, extra virgin olive oil generated a lower amount of polar compounds than any other cooking fat.

Key Point: Extra virgin olive oil does not have a high smoke point, but a recent study suggests it generates fewer oxidation products than oils with much higher smoke points.

Extra virgin olive oil is rich in antioxidants and polyphenols

Another point worthy of consideration is that extra virgin olive oil is a rich source of polyphenols as well as the antioxidant vitamin E.

For example, olive oil contains approximately 2 mg of vitamin E per tablespoon, which is equivalent to around 10% of the recommended daily intake (17).

Vitamin E has antioxidant properties, and research demonstrates that it can increase the resistance of fatty acids to oxidation (18).

Additionally, extra virgin olive oil is one of the richest dietary sources of polyphenols. These specific polyphenols include hydroxytyrosol, tyrosol, oleuropein, and oleocanthal (19).

What Does Research Show About Cooking With Olive Oil?

Here is a brief summary of some relevant research;

Key Point: A variety of studies show that extra virgin olive oil is among the best cooking oils.

While not quite as stable as saturated fat, these fatty acids are reasonably resistant to oxidation, and olive oil contains a range of protective antioxidant compounds too.

For these reasons, cooking with olive oil appears to be a reasonably good choice.

However, while olive oil might be a good choice for the kitchen, it is important to buy a good quality oil.

For more information on trustworthy brands, see this list of olive oils. Each of these products are part of certificate schemes which submit to random and independent testing.