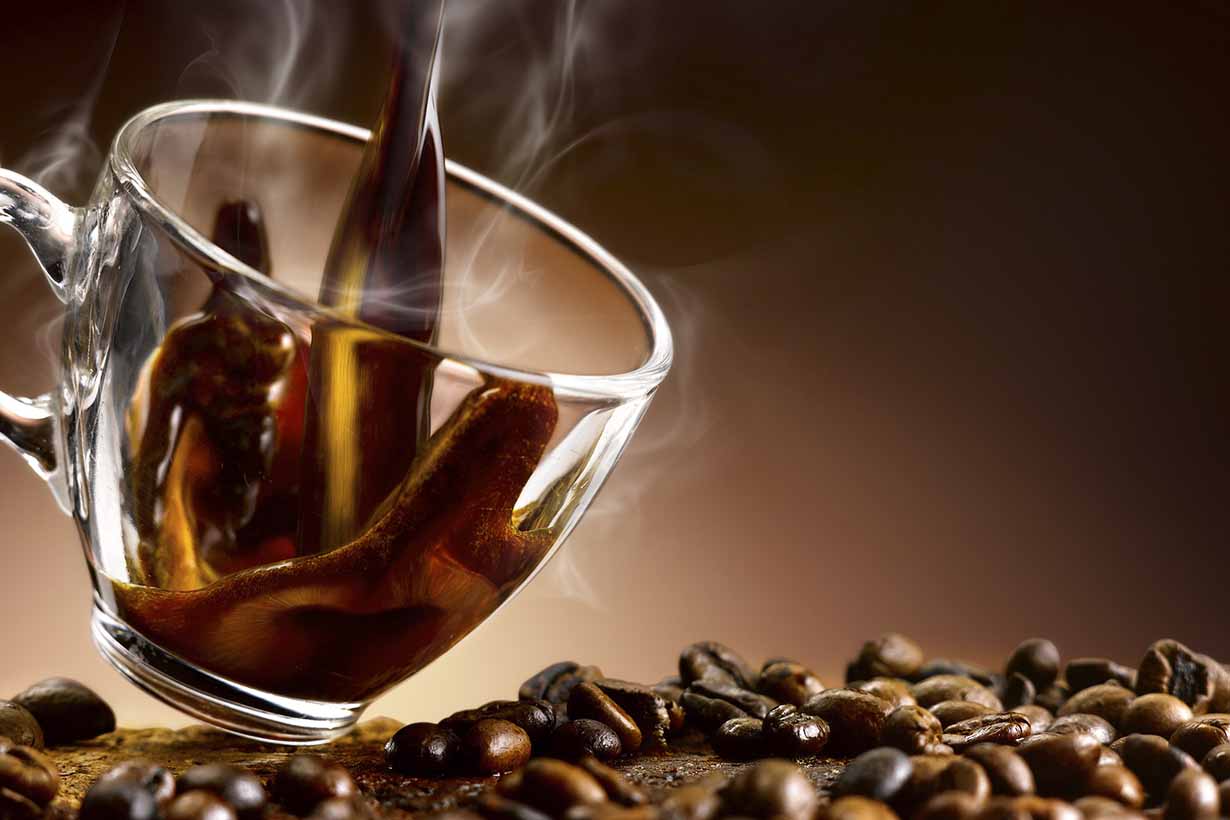 Coffee is the most popular drink in the world, enjoyed by millions every day.

However, the health properties of coffee are often disputed.

In this article, I’ll examine whether drinking coffee every day is good or bad for you. 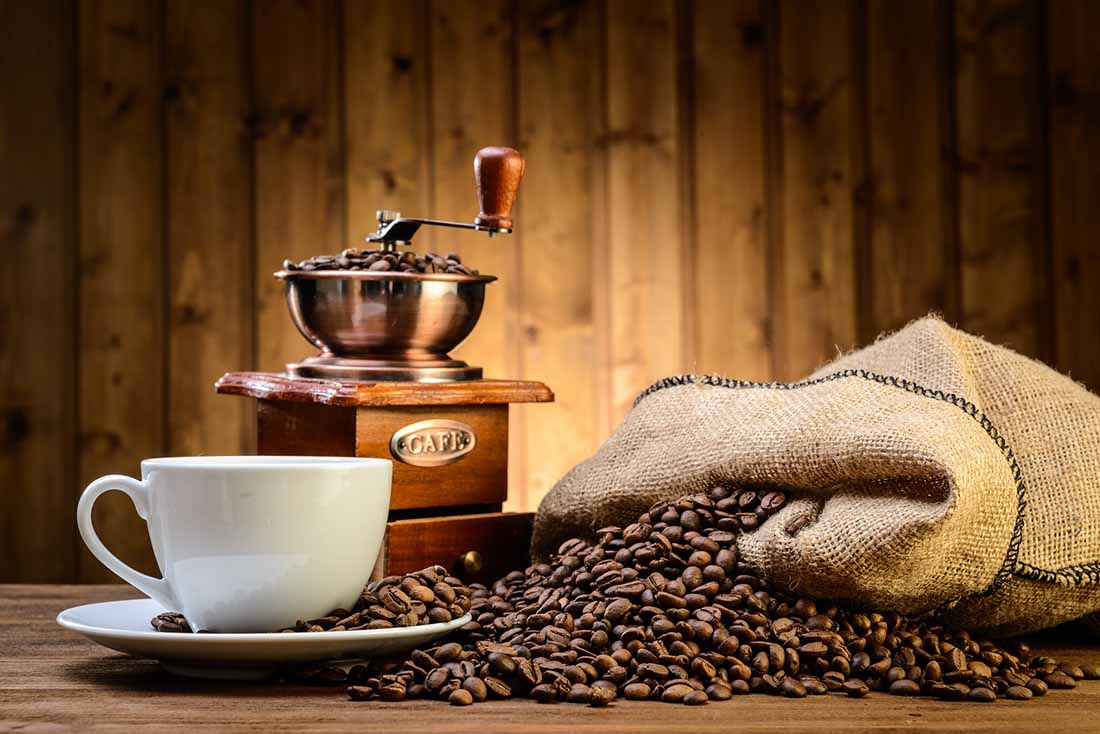 Firstly, there are a minimal amount of calories in coffee, only about one calorie per average cup (1).

Coffee also contains a tiny amount of fat and protein.

The chemistry of coffee is unique and complex. In fact, there are thousands of active chemical compounds in coffee. Many of these are also believed to play a prominent role in disease prevention (2, 3).

Does Coffee Have Antioxidants?

While there are not any significant macronutrients, there are many antioxidants and flavonoids in coffee.

You may have heard that red wine is very high in these compounds. However, a study that examined 283 beverages found coffee to be the richest source (4).

Recent research also says coffee is the most significant source of antioxidants in the American diet (5).

However, unlike popular belief, it’s unlikely that antioxidants actually have a direct antioxidative effect on the body.

It is actually polyphenols such as chlorogenic acid that are the helpful compounds to us, and they help with cellular signaling and various processes in the body.

Coffee provides a far higher number of beneficial flavanoid polyphenols than anything else in the American diet.

The acidity of coffee is a concern for many people. The truth is that coffee is quite acidic, but not overly so at about 5.0 on the PH scale.

For most people, this acidity isn’t a problem. But it’s important to realize that we are all biologically unique and have different tolerances to different foods/drinks.

Coffee is no different in this regard. Therefore it may cause problems in coffee-sensitive people, especially if they are drinking coffee every day.

Why Do People Drink Coffee? 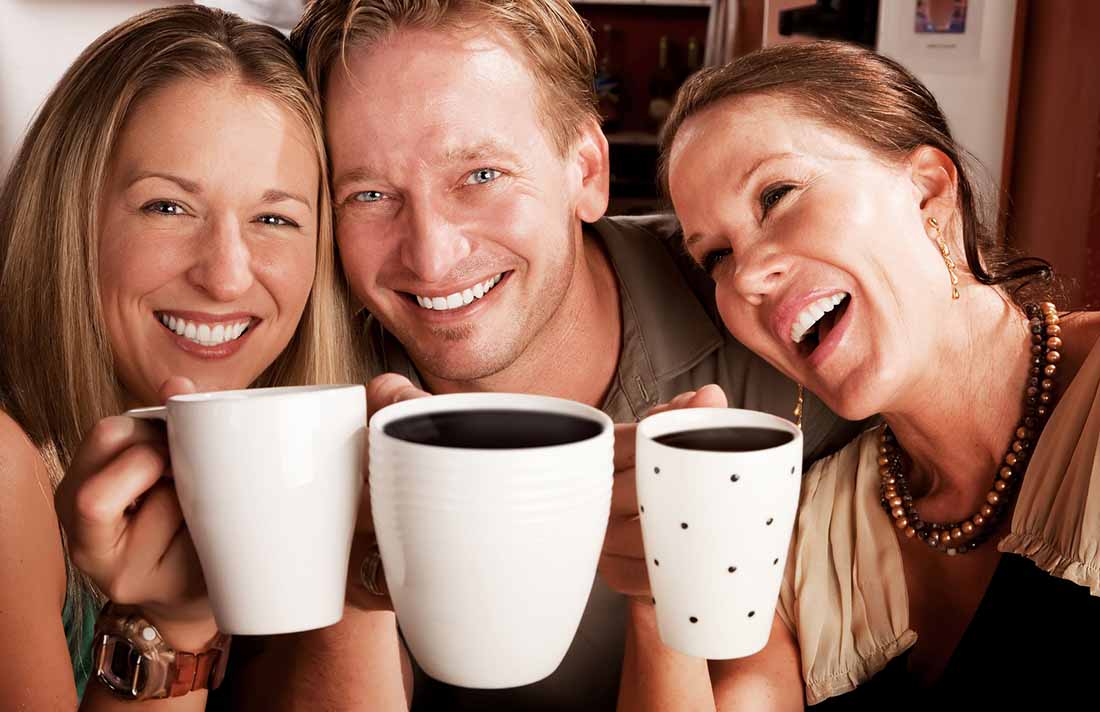 Do you remember the first time you drank coffee? If it was anything like my first time, you probably didn’t enjoy the deep bitter taste.

However, coffee is a big part of our society, and many people learn to love it. If we look at the history of coffee, it has been popular for over a thousand years.

According to Go Coffee Go, 850 AD marked the date of coffee’s discovery in ancient Ethiopia.

Finally arriving in 1570 in Europe and 1607 in the Americas, coffee’s popularity spread throughout the world.

Coffee has many compounds that make us feel good when we drink it. One of the reasons for this is that coffee ingestion stimulates dopamine release in the brain (6).

As a result of the caffeine content, coffee makes us feel alert and improves performance (7).

Since coffee has this beneficial boost on our mental state, people often drink coffee early in the morning before work. Out of these people, some even claim they can’t function without drinking their morning coffee each day.

Finally, as a result of the energy-boosting properties of coffee, some people like to drink a cup of coffee before working out. Regarding exercise, studies show coffee consumption helps improve performance (8, 9, 10).

Is Drinking Coffee Good or Bad For You? 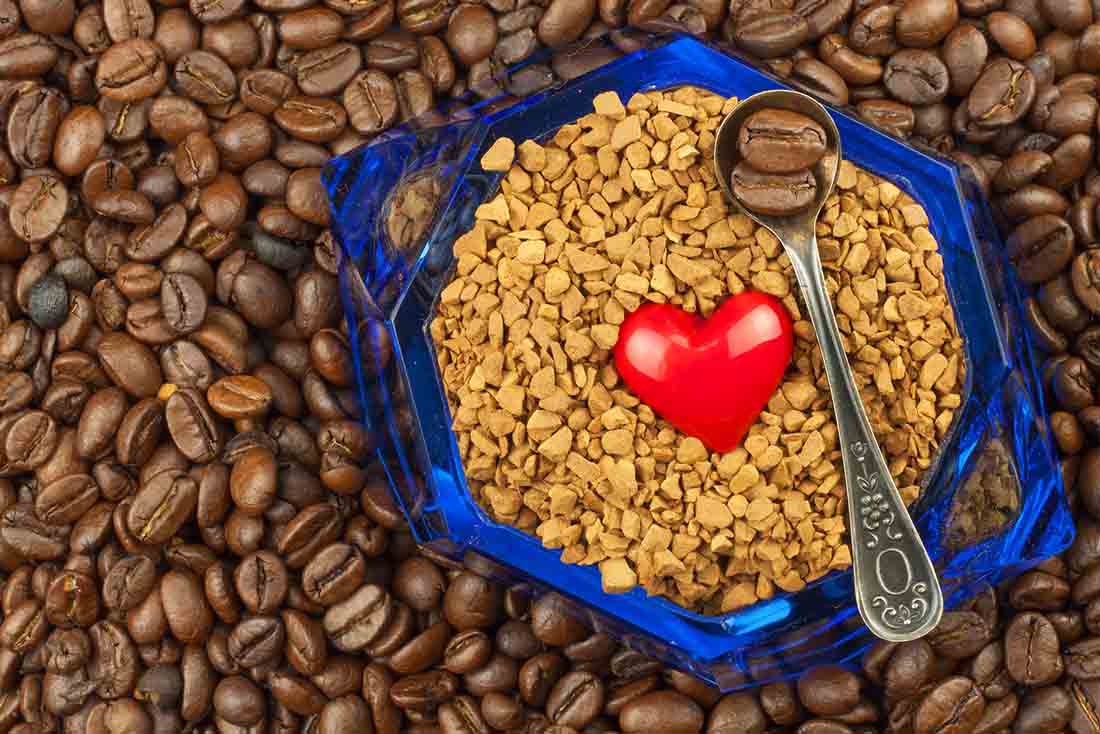 As previously mentioned, coffee contains a wealth of antioxidants. In the body, these antioxidants play a significant role in helping protect against oxidative stress.

When we ask if drinking coffee is good or bad, these antioxidants are one of the first topics on the agenda. And it is because of these disease-fighting protectors of the body that coffee consumption has a wide variety of benefits:

Aside from these benefits, coffee has interactions with many different medical conditions in the human body. Over the next few sections, we’ll take a look at these in more detail.

Additionally, coffee makes many people feel happy, and happiness is a health benefit of anything.

Key Point: As coffee contains a wide range of protective antioxidants, it has many health-enhancing benefits.

Caffeine and Exercise: Is Pre Work Out Coffee Bad For You? 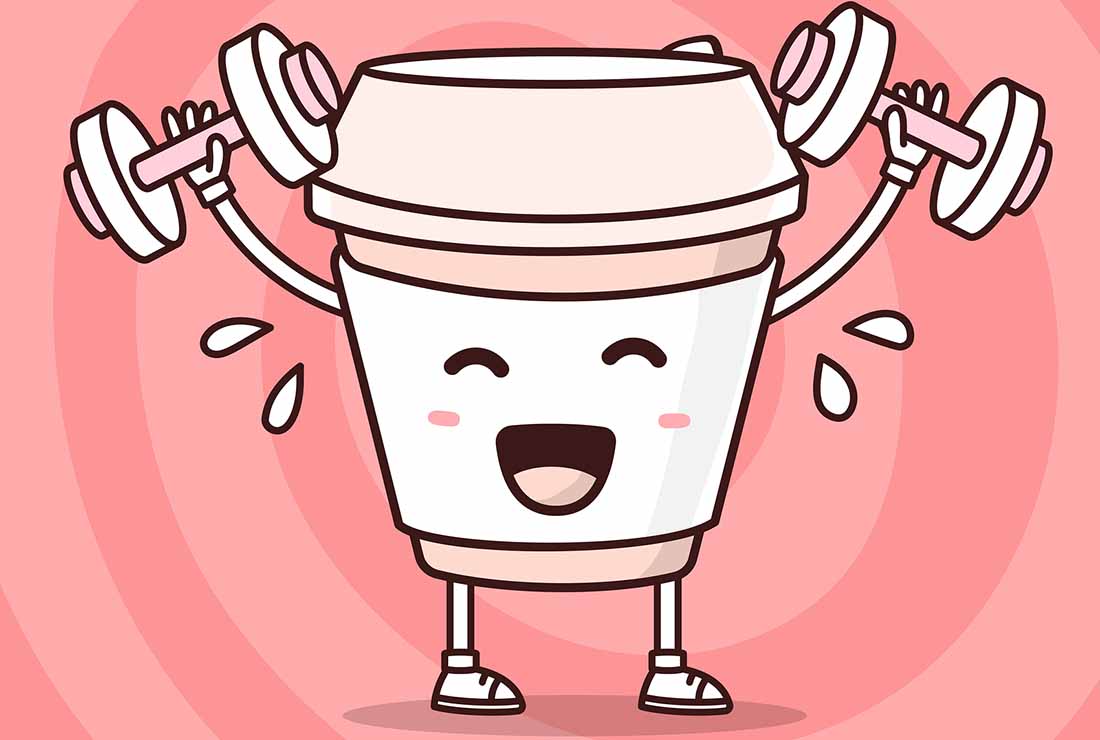 As a result of the stimulatory properties of coffee, it is often used as a cheap boost to improve physical performance and endurance. But is pre work out coffee bad for you?

Coffee has always been popular pre-workout, but a 2006 study made people question whether it’s good or bad for you.

The study in question showed that just two cups of coffee restricts blood flow to the heart. To be exact, the study demonstrated that myocardial blood flow reduced by 22% (17).

Understandably, this could be a concern for some – especially people with cardiac disorders, and those living at high altitudes.

However, when we look at the totality of the evidence, it’s clear that pre-workout consumption of coffee has many advantages.

Key Point: The use of coffee as a pre-workout drink is generally beneficial. However, people with cardiac issues should, of course, consult their doctor before using it in this way. 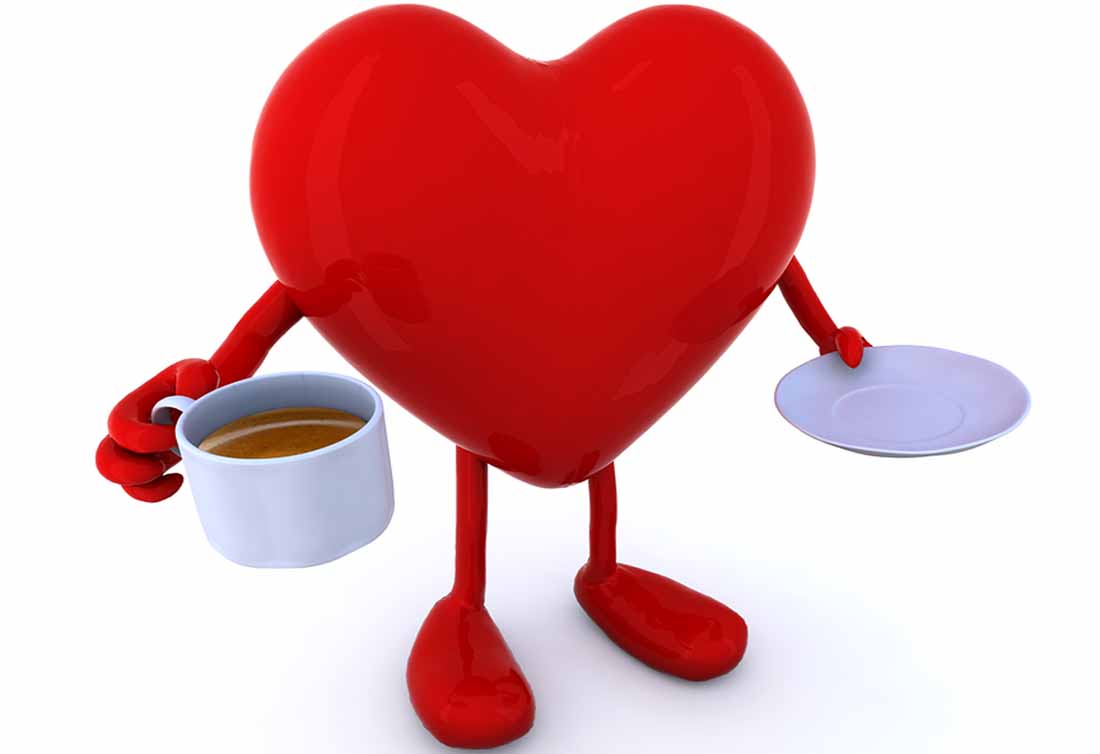 How Much Does Coffee Raise Blood Pressure?

It’s clear that a definite link exists between coffee and hypertension, but does this mean coffee is bad for you? Fortunately, there are a wealth of studies on this area for us to examine.

Although it appears that coffee may increase risk in certain groups of people, the long-term data is positive.

In particular, every study that has looked at long-term coffee consumption shows either an inverse heart disease risk or no association (25, 26, 27, 28).

Many people also complain about caffeine causing heart palpitations, but research suggests this may not be true.

Is Coffee Good or Bad For Your Liver? 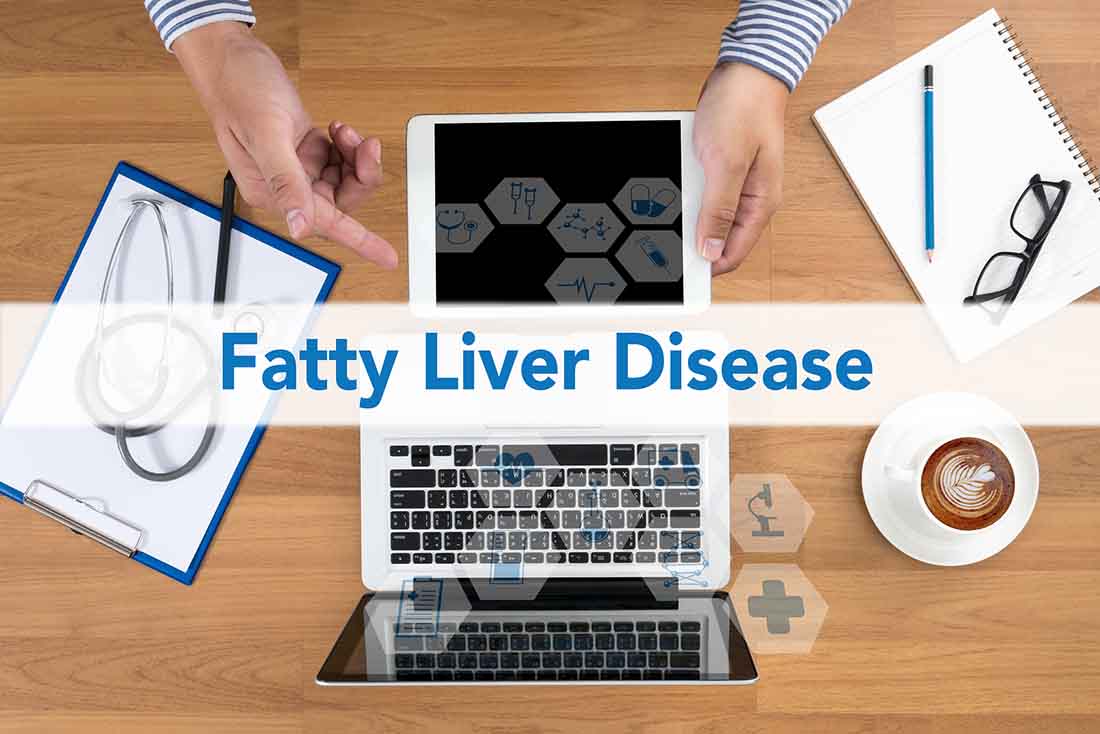 Drinking coffee every day can be good for you – apparently, it can even reduce the risk of liver damage caused by alcohol.

This relationship was also linear, and the more coffee consumption increased, the further the rate of hepatitis C progression fell.

Cirrhosis is a hugely problematic medical condition in recent times, accounting for more than 36,000 deaths per year in the United States (31).

Cirrhosis is extreme liver damage, otherwise referred to as ‘late-stage scarring of the liver.’ Cirrhosis usually results from excessive alcohol, viral hepatitis B, and C, as well as excessive carbohydrate consumption.

Surprisingly, coffee intake studies have revealed that drinking coffee every day has beneficial impacts on cirrhosis:

Key Point: Coffee has a wealth of benefits on liver health. Drinking coffee every day helps reduce the risk/damage of cirrhosis. 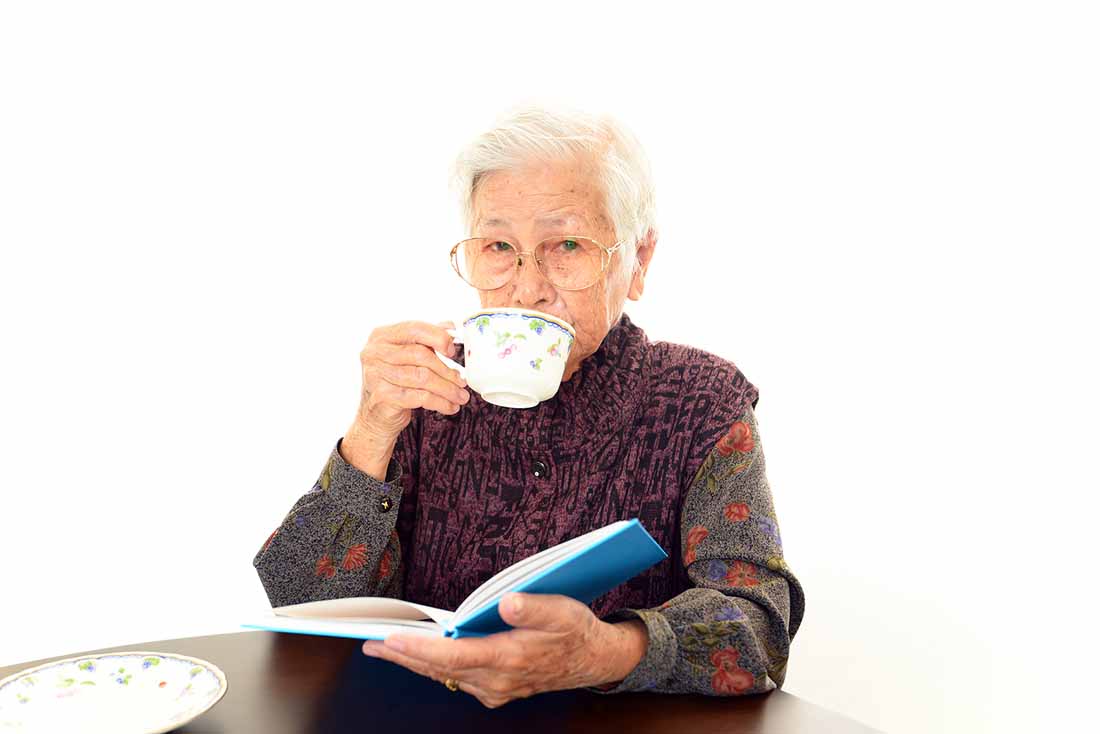 In recent times, Alzheimer’s disease is another increasingly prevalent chronic condition. Unfortunately, the incidence rate of this destructive disease is rapidly increasing.

As further research has come in on coffee and caffeine, people have asked whether there’s any link between caffeine and dementia. You can even come across websites claiming coffee can prevent or cure Alzheimer’s.

Let’s take a look at some of the research on coffee and dementia:

Key Point: Coffee cannot claim to prevent dementia, but it appears to provide impressive benefits and health improvements in this area. Based on studies, drinking coffee every day may reduce the risk of Alzheimer’s. 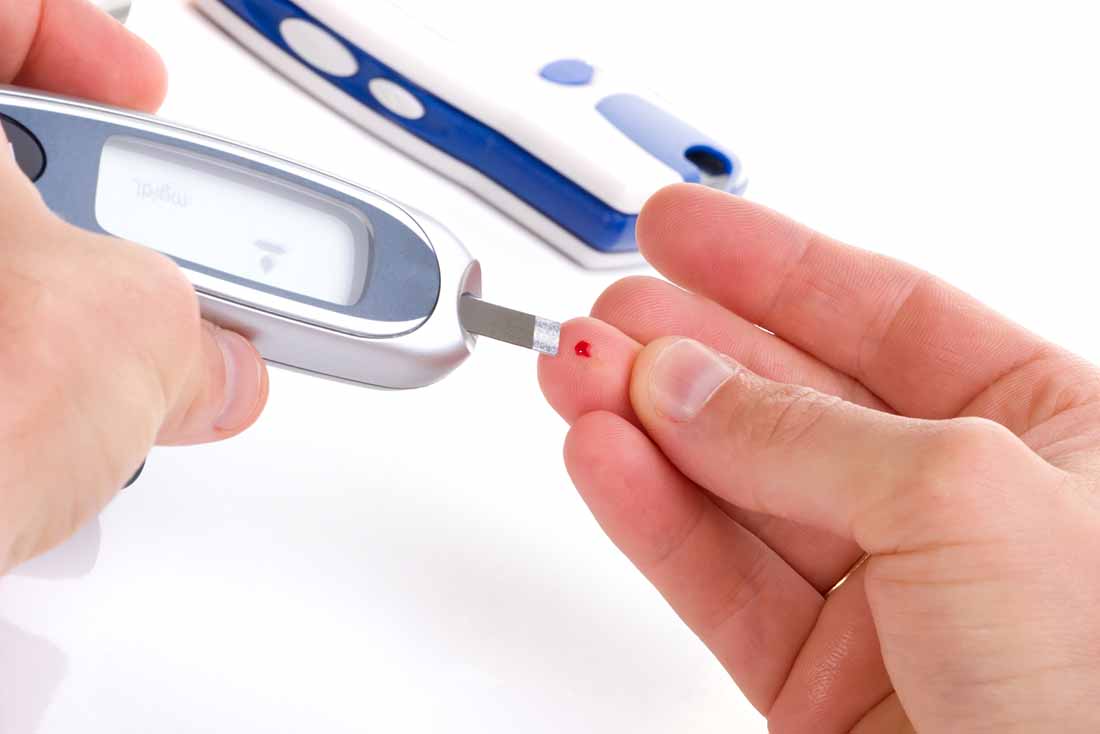 Despite having no carbohydrate or sugar content, you might be surprised to hear that coffee does impact blood sugar (38).

Some common questions I get about coffee are related to blood sugar, and whether coffee is good or bad for you if you have diabetes.

However, most of this research is only very preliminary and based on short-term studies.

It could be that the participant’s sudden conversion to drinking high amounts of coffee caused raised blood sugars. This case would also be the same as the blood pressure issue.

If the participants had a chance to get accustomed to increased coffee intake habitually, perhaps the blood sugar issue would resolve?

Is Coffee Good or Bad For You If You have diabetes?

If coffee consumption affects blood sugar levels, the next logical question to ask is whether diabetics can drink coffee.

And the answer to this issue appears to be yes.

An earlier study noted the wide variety of coffee’s health benefits but worried over the effect on blood sugar. Specifically, the authors had concern over a lack of long-term answers on glucose impairment/enhancement (41).

In a large study published in March 2016, drinking coffee every day vastly improved the health markers of type 2 diabetics.

This study was definitely long-term; 200 participants drank 3-4 cups of coffee every day for 16 years (42).

Does Drinking Coffee Cause Any Other Problems? 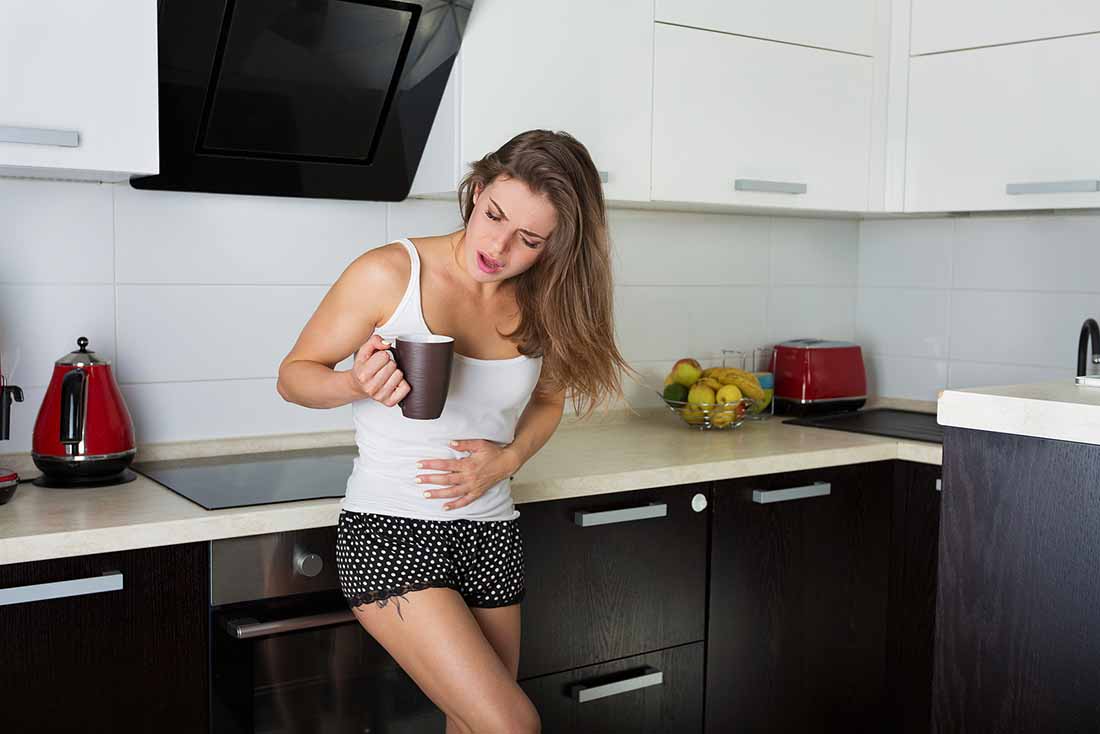 It’s not uncommon to hear complaints regarding gut health and coffee. For many people, coffee can cause digestive problems, bloating, and pain – especially on an empty stomach.

But why is this?

According to the Institute for Scientific Information on Coffee, there is no direct link between coffee and digestive upset.

Just for disclosure, the Institute has 6 members who are some of the world’s biggest coffee companies.

Overall there doesn’t appear to be any clear cause and effect of why coffee causes problems in some people. There’s little research in the area, but a review paper found that coffee promotes gastro-oesophageal reflux (acid reflux).

The paper also stated that caffeine cannot account for these effects and that it must be a pharmacological effect (43).

Key Point: Coffee unfortunately leads to digestive distress in some people. The cause of this appears to depend on individual circumstances

Drinking Coffee Every Day: Good or Bad For You? 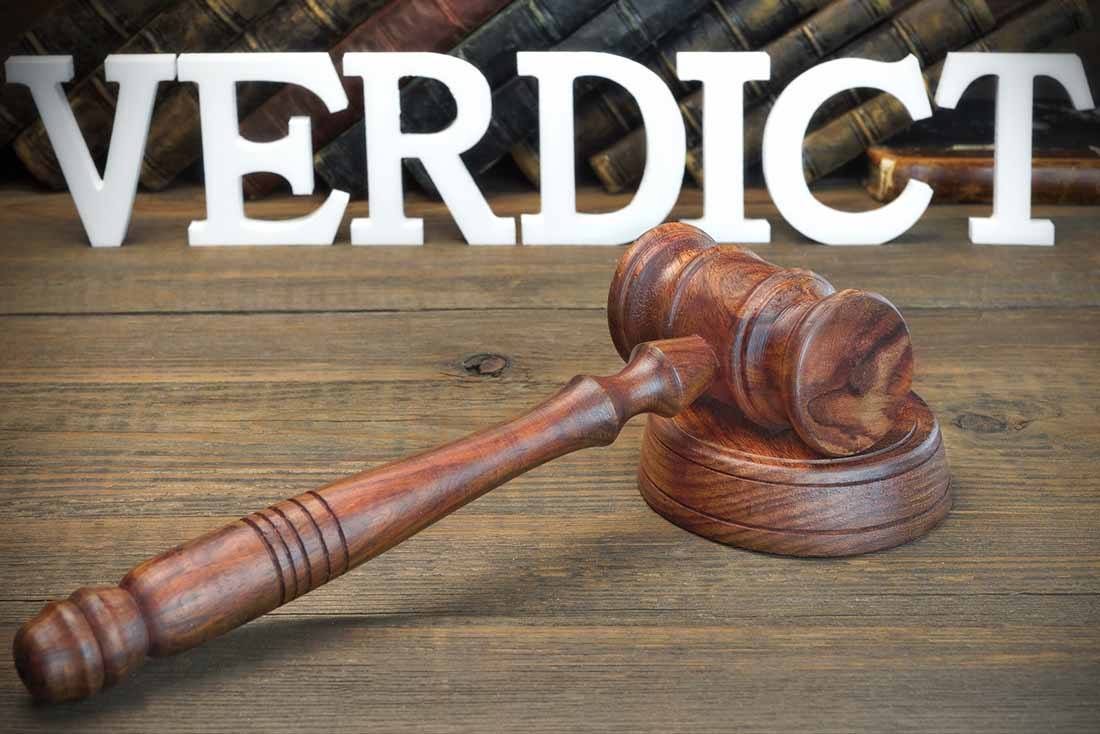 At the end of the day, there are two sides to the coffee story.

Some will claim coffee is the world’s healthiest drink, while others will warn against it.

On balance, the benefits of coffee seem more pronounced than the negatives, but that’s assuming you tolerate coffee well. As discussed earlier, the positive effects of coffee can be lost if you are a slow caffeine metabolizer.

As discussed earlier, the positive effects of coffee can be lost if you are a slow caffeine metabolizer.

Overall, the best thing to do is to listen to your body. After you drink coffee, how do you feel?

If you tolerate coffee well, then keep drinking it. The bulk of the science says that drinking coffee every day is extremely good for you.

Is Bulletproof Coffee a Good Idea or Not?

Instant Coffee: Is it Healthy or Unhealthy?

This is another excellent article. I particularly appreciate your meticulous research and ability to avoid hyperbolic, overstated positions.
A question: Can you refer me to any reliable research about coffee drinking during pregnancy? My daughter in law loves coffee but believes she should drink only a small cup three times a week. Any help will be greatly appreciated.

Pregnant women have a slower rate of caffeine metabolism, so caffeine basically has a stronger effect at lower doses.

It seems that higher caffeine consumption slightly increases the risk of pregnancy complications.

However, in real terms these risk increases are quite low (a small % increase of a rare event), but maybe your daughter sticking to a small occasional cup is a wise precaution.

Thank you so much for your prompt reply. I will forward the information to my daughter in law.

No problem – and congratulations on the upcoming addition to your family!

It seems pretty obvious to listen to your body. If you have bad reactions to drinking coffee, then just don’t drink it… But I’m with you, Michael, I feel the benefits far outweigh the negatives. I’m a big coffee drinker personally and I’m glad to know there are good health benefits by drinking it.

I agree with you!

Sometimes people tend to eat foods that don’t agree with their body though. For example, many diabetics enjoy sugary foods still…and have trouble giving them up.

I think it’s the same with coffee. Fortunately though, coffee is healthy for most people!