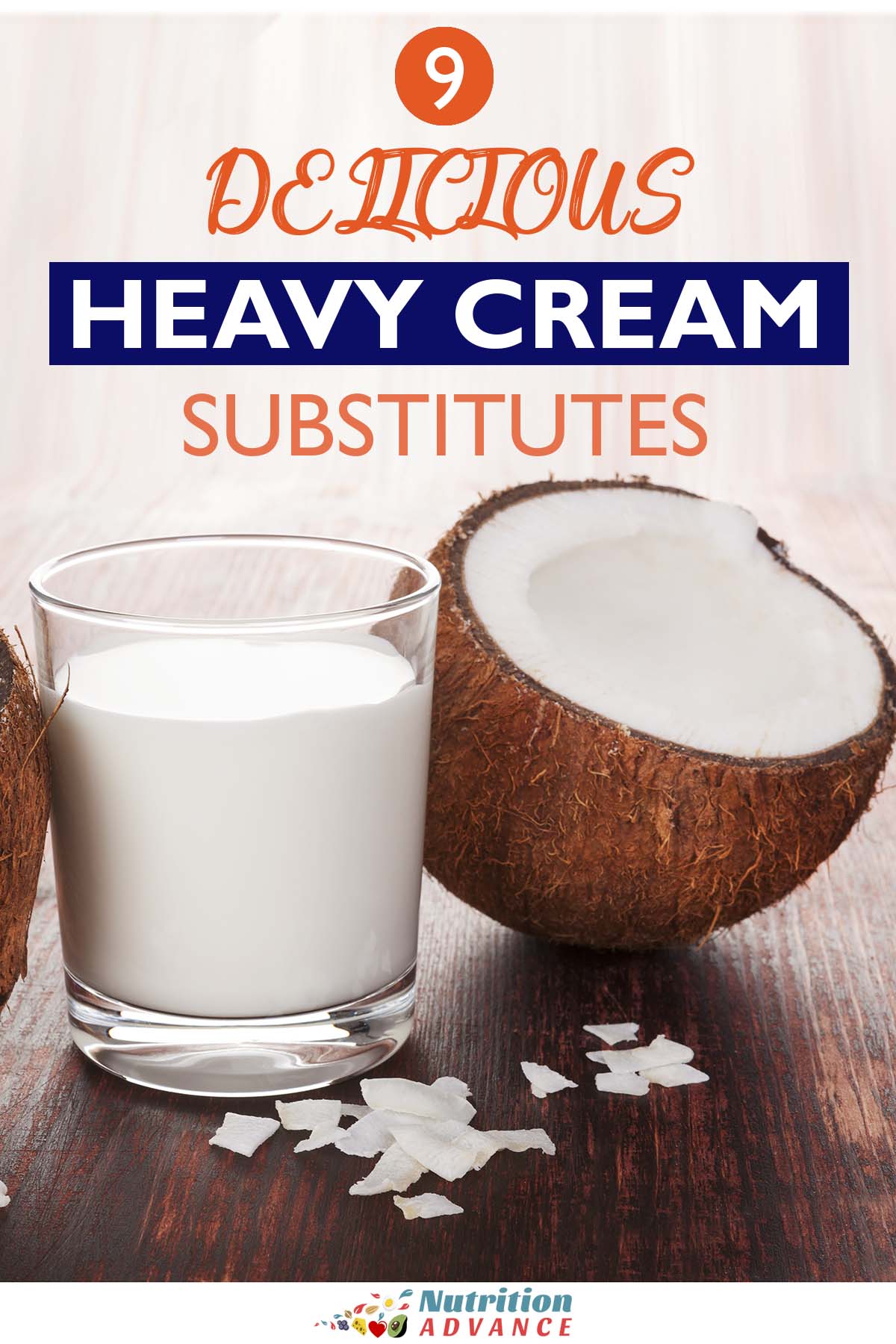 Heavy cream is a delicious, creamy dairy product, and we can use it in a wide variety of ways.

However, some people may wish to avoid dairy products, and others may not have heavy cream at home when they need it.

In such situations, what can you substitute for heavy cream?

Fortunately, there are several excellent options.

In this article, we will look at nine of the best heavy cream alternatives. 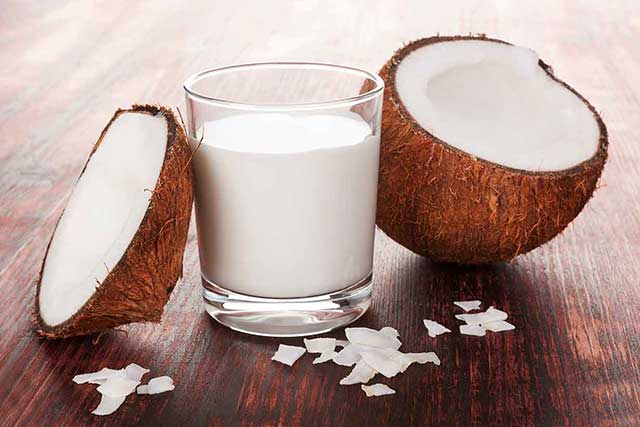 Coconut cream is a great dairy-free replacement for heavy cream, and this makes it suitable for anyone with dairy sensitivities too.

For those unaware of coconut cream, it can be harder to find than coconut milk.

However, it has a much thicker consistency and a creamier texture.

While coconut milk and coconut cream are relatively similar, the former is made by combining one part of coconut meat with 1 part water (1:1 ratio).

Here is the nutrient profile per 100 g of coconut cream (2).

We can use coconut cream in many situations where we would use heavy cream.

For example, it can add a creamy flavor to Italian dishes and curries.

Coconut cream also works well with desserts, and you can even put it in coffee.

Key Point: Coconut cream is a versatile replacement for heavy cream, and it can be used in a like-for-like fashion.

However, a lesser known but possibly better option is macadamia milk.

It is also possible to make a thicker macadamia cream at home, and it does not require much time either.

Here are the ingredients you need;

Macadamia cream works best with desserts or as a cream replacement for tea and coffee. 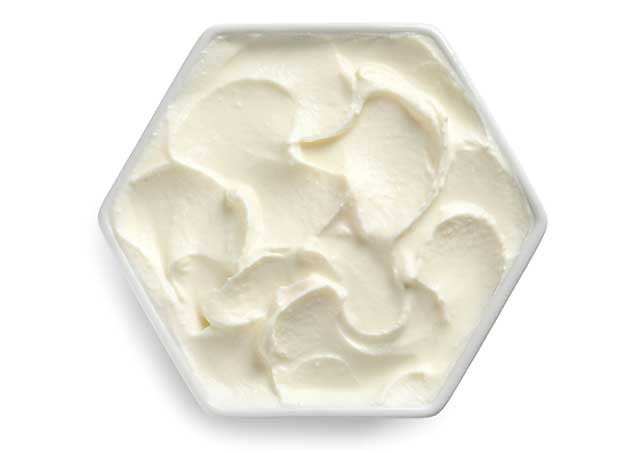 Cream cheese is a quick and easy replacement option for heavy cream in certain dishes.

The only real difference is that it has a cheesy taste, so it only works as an alternative to certain foods.

For instance, adding a bit of cream cheese to a coffee or an Italian dish won’t provide the expected result.

Cream cheese has a similar nutrition profile to heavy cream, but it has slightly more protein and less fat (4);

It is possible to use cream cheese as a like-for-like replacement for heavy whipping cream in dessert dishes.

It can also make a tasty dip; just add some chopped onion, garlic, and chives to the cream cheese.

For a similar tasting option, heavy cream can be substituted for evaporated milk.

Firstly, evaporated milk is just regular milk with some of the water removed through an evaporation process.

As a result, it takes on a much thicker, creamier texture that bears a resemblance to heavy cream.

It is even possible to whip evaporated milk, which makes it a suitable replacement for heavy whipping cream too.

While the texture is similar to heavy cream, evaporated milk has a slightly sweeter taste due to the higher amount of lactose (milk sugar).

You can buy ready-made evaporated milk, or you can make it at home by simmering milk until it reduces.

If you’re buying a ready-made version, then watch out for unnecessary ingredients like added sugar.

Evaporated milk has a similar macronutrient ratio to regular milk.

However, each nutrient is approximately twice as high since the water content is only around half that of whole milk (5);

It is possible to use cream cheese as a like-for-like replacement for heavy whipping cream in dessert dishes.

It can also make a tasty dip; just add some chopped onion, garlic, and chives to the cream cheese. 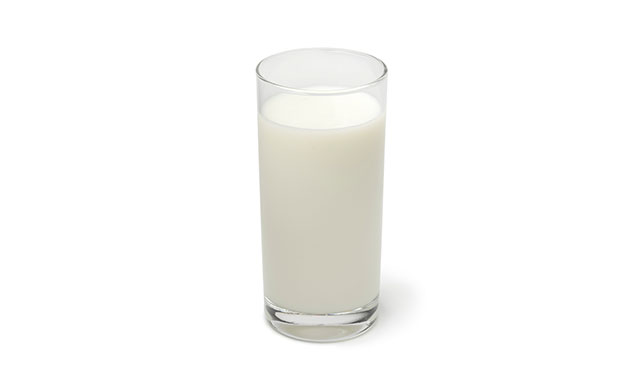 First, buttermilk can refer to either an acidic cultured drink made from milk or traditionally, the milk that remains following the churning of butter.

Buttermilk is thicker than regular milk, but not quite as thick as heavy cream.

In other words; it won’t be suitable for all recipes.

However, buttermilk works well as a simple substitute for heavy cream in soup and sauces.

It is also much lower in fat (and overall calories) than heavy cream, which could be a benefit for individuals trying to lose weight.

Buttermilk is slightly higher in protein and much lower in fat than heavy cream.

For some examples, buttermilk can replace heavy cream in things such as;

Key Point: If a cooked recipe calls for heavy cream, buttermilk should be an adequate replacement. However, it doesn’t work well with desserts or hot drinks.

Sour cream is similar to buttermilk in many ways, and both of these options have a slightly sour, acidic taste.

That said, sour cream has a nutrient profile more similar to heavy cream, and it is very high in fat.

However, this shouldn’t be surprising since sour cream is just the result of fermenting regular cream with a bacterial starter.

Sour cream plays a widespread role in cuisines around the world, and it is especially prevalent in Mexican cuisine.

We can use sour cream in hot savory dishes, and it is also thick enough to work well with baked goods.

Some other ways to use sour cream include;

The only recipes it won’t work for is those which require whipped cream.

Key Point: Sour cream can be used instead of heavy cream for most things. However, it will not whip like regular cream. 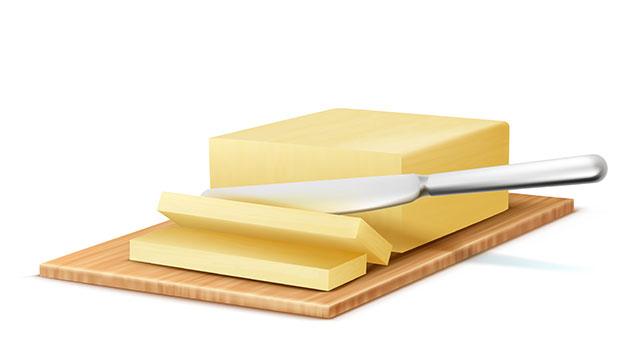 If you really need heavy cream and don’t have any, it is possible to make an adequate replacement.

The only two ingredients you need for this are milk and butter.

While this recipe will not whip as normal cream can, it will have a similar taste and consistency.

To make this heavy cream replacement using milk and butter, use the following amounts of each ingredient;

Note: these quantities are easy to change as long as you keep a 3:1 ratio of milk to butter

Simply add the milk and butter into a pan, gently heat, and keep stirring until the butter melts.

After the butter melts and the liquid develops the right consistency, take it off the heat, cool it, and then refrigerate.

The end result is a dairy product that works as a heavy cream replacement in any recipe.

This homemade cream can work as a replacement for any recipe using liquid heavy cream.

However, it will not whip.

Key Point: A 3:1 ratio of milk and butter makes a quick and convenient substitute for heavy cream.

Coconut milk is thinner than heavy cream (and coconut cream).

For this reason, it is more similar to regular dairy milk in consistency.

However, it is easy to thicken coconut milk by reducing it to the desired texture.

To do so, simmer the coconut milk on low heat to reduce it until it reaches a thicker consistency.

In its thickened state, coconut milk works well as a heavy cream replacement in a wide variety of recipes.

From savory recipes to desserts and drinks, this option offers a creamy texture similar to the real thing.

Coconut milk is also a great way to make dairy-free recipes for anyone with sensitivities to regular cream.

Key Point: It is easy to thicken coconut milk and it can replace heavy cream in a range of dishes. 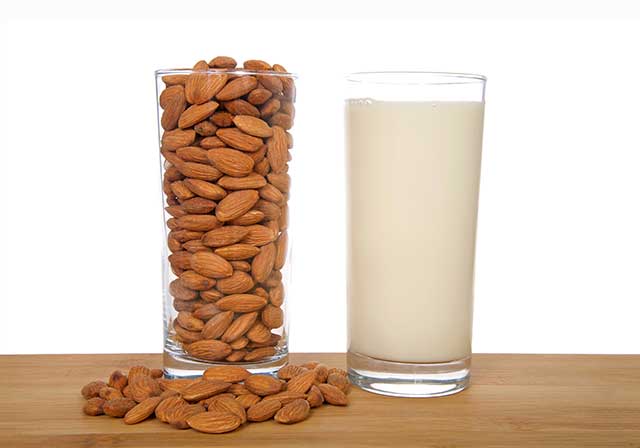 Almond cream is incredibly easy to make at home.

Even better, this recipe only requires two ingredients; almonds and water.

In short; it requires the same process that people use to make almond milk, but needs a lower amount of water than typical almond milk recipes.

A small addition of vanilla works well for taste purposes, but it isn’t necessary.

Almond cream combines well with dessert recipes and for use in hot drinks such as coffee.

It can also work in hot savory recipes, providing the nutty flavor it provides is suitable for the dish.

Key Point: Homemade almond cream is easy to make, dairy-free, and it is an excellent heavy cream substitute.

Heavy cream is a great-tasting dairy food that adds a lot of flavor to various recipes.

However, it isn’t always possible for people to use it.

Luckily, there are many suitable replacement options for those who either have problems with dairy or don’t have heavy cream at hand.

All of the options in this guide can replace heavy cream while preserving the taste of the food.

If you need a heavy cream substitute, take a look at the ‘uses’ section to decide which one is the right fit for your recipe.

For another similar dairy option, take a look at clotted cream; a thick and delicious cream with a 55% butterfat content.