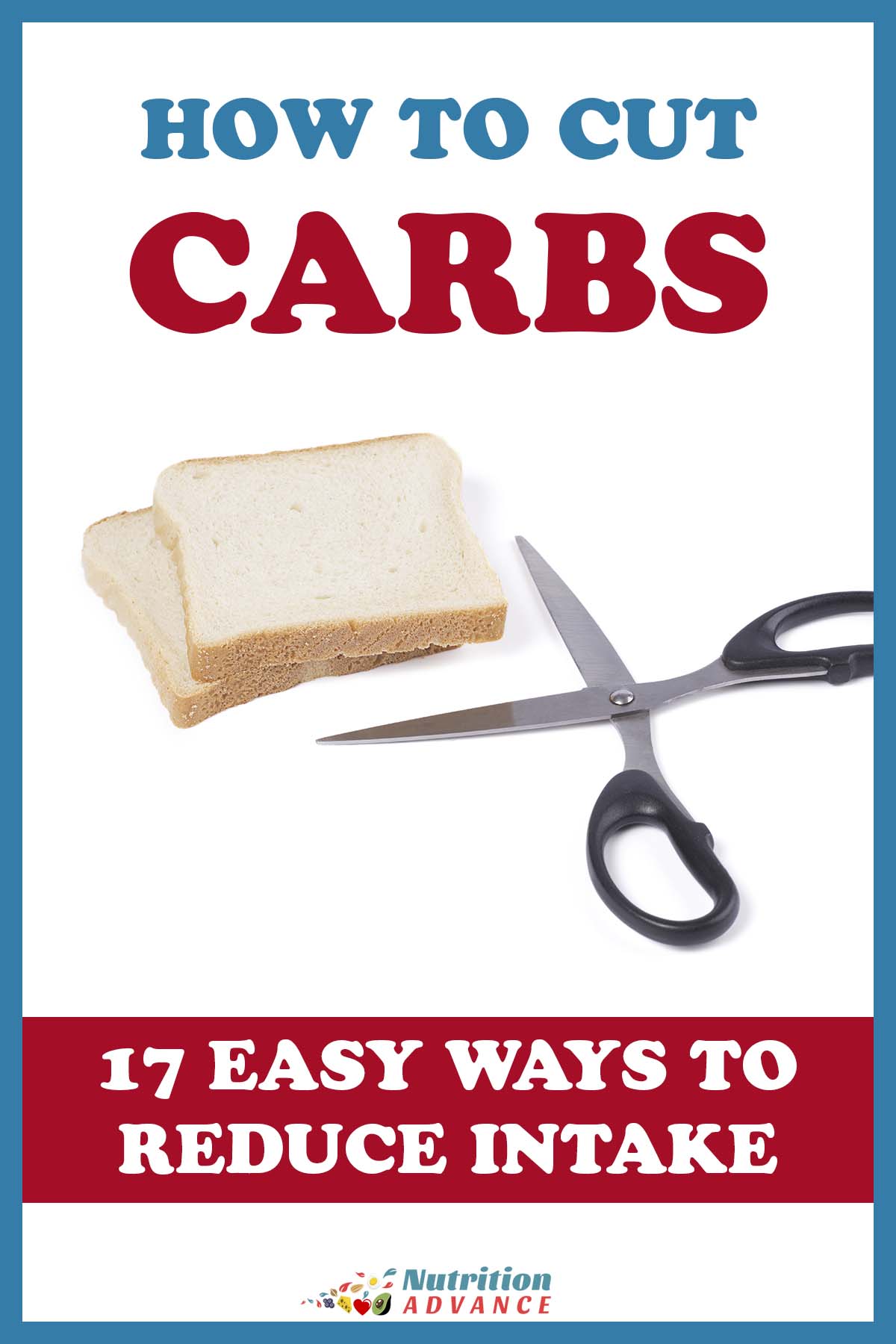 Similar to any other macronutrient, there are good carbs and bad carbs.

However, many of us are probably eating a little too much carbohydrate and could do with lowering our consumption.

Whether you are following a low carb diet or just looking to reduce intake, cutting down on carbohydrate can be difficult for some people.

This article provides 17 simple ideas on how to cut carbs that anyone can follow. 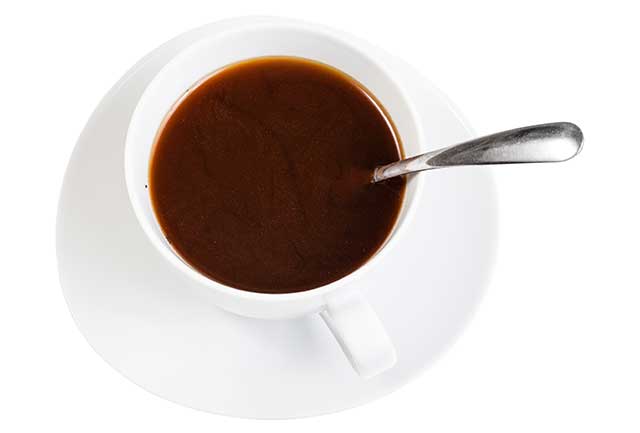 Tea and coffee are two of the world’s most popular drinks, and they are also drinks that many people sweeten.

While a teaspoon of sugar may only be around 4 grams of carbohydrate, this can quickly add up when drinking five or six cups per day.

For example, a grande sized Starbucks latte contains 21.6 grams of carbohydrate, and that is even without sweetening (1).

A simple change to make is by switching to unsweetened black tea or coffee which are both free of carbohydrate.

Yogurts are a delicious and healthy dairy food that provide several benefits.

However, the quality can vary significantly from product to product.

One of the main issues with yogurt is to buy a plain variety rather than a flavored and sweetened product, which can contain significant amounts of sugar.

For instance, an eight-ounce (227 g) serving of plain yogurt contains 10.6 grams of carbohydrate (2).

On the other hand, the same serving size of Kraft Breyer’s low-fat strawberry yogurt contains 41.3 grams of carbs – almost quadruple the amount (3).

Bread has been a popular food for thousands of years, and it plays a role in so many food products around the world.

However, it is deceivingly high in carbohydrate, and just one slice of regular bread contains around 12 grams of carbs (4).

With this in mind, it is easy to see that toast for breakfast and sandwiches for lunch can provide quite a large amount of carbs.

A simple way to cut down a little is by replacing lunch sandwiches with a meat/cheese based salad.

Drinks like Coca Cola and Sprite taste delicious, particularly when we are used to the sweet taste.

However, just one or two per day adds a significant amount of sugar to our diet.

Surprisingly, just one regular 12 oz (355ml) can of Coca Cola supplies 39 grams of carbohydrate, all from sugar (5).

Drinking such drinks on any regular basis adds a large amount of sugar, carbohydrate, and calories to the diet.

On the positive side, cutting out soda is a simple way to significantly lower carb intake.

For anyone who enjoys the taste too much to give it up, diet drinks are an excellent compromise.

Key Point: Cutting out soda (or opting for diet versions of the drinks) is a simple way to cut carbs.

It is difficult to find chocolate that doesn’t taste good, but the health properties of different chocolate bars can vary a lot.

To illustrate this, a regular 1.5 oz (43g) bar of Hershey’s milk chocolate comes to 26 grams of carbs including only one gram of fiber (6).

In contrast, the same amount of 85% Lindt dark chocolate provides only 8.6 grams of carbohydrate, and this includes 3.2 grams of fiber (7).

Key Point: A high-cocoa dark chocolate bar contains only a third of the carbs in milk chocolate. 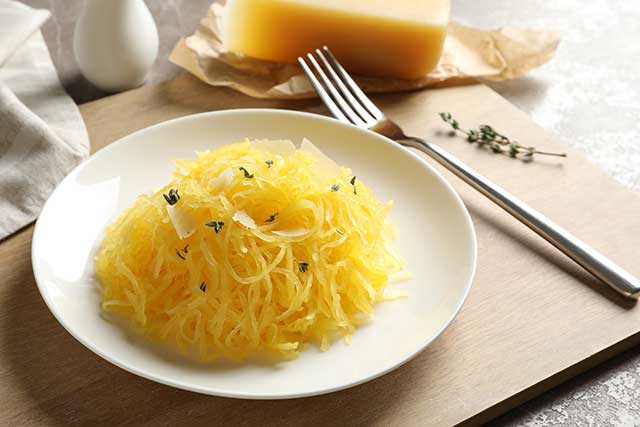 For anyone who is trying to cut down on carbs, foods like pasta, spaghetti, and noodles are all very carb-dense options.

However, various low carb alternatives try to replicate the experience of these foods.

While these replacement options don’t taste quite the same as regular noodles, they do cut down on carbs a lot.

Regular spaghetti contains around 75 grams of carbs per 100 grams (10).

Key Point: Vegetable noodles offer minimal amounts of carbohydrate, but traditional noodles are one of the most carb-rich foods there are.

Burger patties, cheese, and typical dressings such as lettuce and tomato are all very low in carbohydrate.

However, the burger bun is the main issue, and it provides a large number of refined carbs.

Ordering one of these lettuce-wraps rather than a traditional burger bun is a simple and convenient swap.

Key Point: Opting for a lettuce-wrap burger can reduce the carbohydrate content of a burger.

Although it still pretends to be a health food, attitudes toward cereal have changed in recent years, and rightly so.

The vast majority of cereal products are little more than refined grains, sugars, and oil fortified with synthetic vitamins.

Furthermore, they are not a suitable breakfast option for someone looking to cut their carb intake.

9) Swap Out Potato Chips and Cookies For Low Carb Snacks

The quality of commercial snacks varies from product to product, but most popular snacks are engineered to taste delicious.

This fact is why a lot of people love them, but sadly, their health properties don’t match up to their taste.

Snacks such as potato chips, cookies, candy, and milk chocolate are all very high in refined carbs too.

For this reason, substituting them with a variety of low carb snacks is a straightforward way to lower carb intake.

Some good examples of low-carb snacks include;

Key Point: Snacking on foods like nuts and berries instead of cookies and cakes is a good way to reduce carbohydrate consumption.

Some people call beer “liquid bread” and it isn’t difficult to see why.

Although beer can taste delicious, it is a significant source of carbs (and calories) and it is one of the most over-consumed drinks in the world.

If any beer drinkers are looking to cut down on their carb intake, beer should be one of the first things to consider.

For those who truly love beer, there is a wide range of low-carb beers that generally contain about half the quantity of carbohydrate.

Key Point: Beer is very high in carbohydrate and anything more than the occasional drink can quickly add up.

11) Use Almond Flour Instead of Wheat Flour 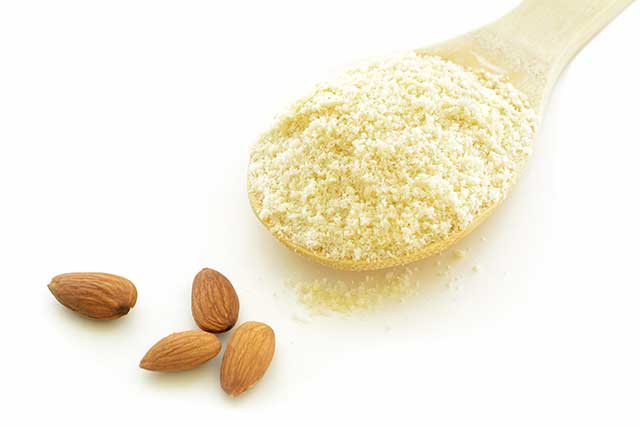 For something that doesn’t taste very good on its own, it is surprising how wheat flour is the key ingredient in a wide range of international foods;

In short, combining refined carbs like flour with a source of fat can make food taste delicious.

However, once again, it isn’t the healthiest of options, and wheat flour is extremely high in carbohydrate.

For anyone who enjoys baking, switching to almond flour is a convenient way to cut down on carbs.

Key Point: Almond flour has a much lower carbohydrate content than wheat flour.

People use sugar for all kinds of reasons from baking and cooking to sweetening drinks and more.

For anyone who struggles to give up the sweet taste aspect of sugar completely, then a low-carb, calorie-free sweetener could be an option.

Some of the most popular choices are erythritol, stevia, and xylitol, and each of these choices contains no digestible carbohydrate.

Key Point: Switching out sugar for a sweetener is an easy swap to cut carb intake.

With around five grams of carbohydrate per 100 g, a diet featuring regular milk consumption can be deceptively high in carbs (17).

Some direct replacement options with a much lower carb count include (18, 19);

Additionally, as a source of calcium, cheese can provide an equivalent amount of the mineral for fewer carbs.

For instance, a two-ounce (57g gram) serving of Cheddar cheese provides 0.8 grams of carbohydrate and 40% of the reference daily intake for calcium (20).

However, to get the same amount of calcium requires one and a half cups (360 ml) of milk, which contains close to 20 grams of carbohydrate (21).

Key Point: The carbs in milk can quickly add up, and some people don’t realize how much they are drinking.

It still surprises some people to find out that most fruit juice contains more sugar than Coca Cola.

Two cups (480 ml) of orange juice per day contributes almost 50 grams of sugar to the diet.

Unlike whole fruit, there is no fiber content to accompany the fruit sugars within juice. Fruit juice drinks are also far less satiating than whole fruit for this reason (23).

Key Point: Fruit juice is loaded with simple carbs, and refraining from drinking it is a good way to lower carbohydrate intake.

Making an effort to cook more at home is a great way to cut down on carbs and also just for an overall healthier diet.

For example, many restaurant foods make use of sugar for flavoring purposes, and many sauces and dips contain deceivingly high amounts of sugar.

Home cooking offers us control over exactly what we eat, and it is the only real way to know what we are getting in our meal.

In one recent study, the researchers found that eating at home was strongly associated with better dietary compliance and lower expenditure (24).

Key Point: Homemade food allows us to limit the amount of sugar and other additives in our meal. 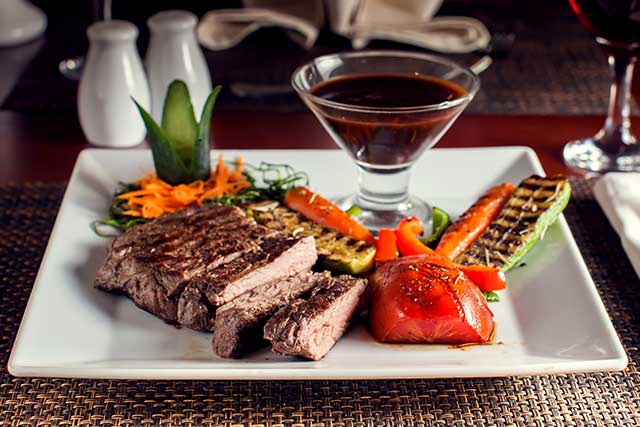 Many people have difficulty when they first try cutting back on their carbohydrate intake.

One of the main reasons for this is food cravings.

Sugar, particularly when combined with fat, has a taste that makes many people want more of it.

Studies also show that conditioning to certain foods through frequent consumption can cause cravings, which can make it difficult to cut down at first (25).

To lower food cravings, focusing on getting a good source of protein with each meal can be a big help.

Protein is known for its satiating properties, and studies consistently show that it provides better satiety than other macronutrients (26).

See this guide for some example low-carb meals.

Most of us know which foods are high in carbohydrate; flour, grains, and sugars all come to mind.

However, it is the “hidden” carbs that many people don’t realize they are getting which can be an issue.

Some (of many) common foods with added carbohydrate include;

Key Point: Many different foods have more carbs than people would expect. “Low-fat” packaged products are especially notorious for this.

As shown in this article, there are numerous ways to cut down on dietary carbohydrate.

For a slight reduction, choose the tips that seem the easiest.

To cut carbs more extensively; the more of these tips we follow, the more we can lower our overall consumption.

Thanks Roman. I think most of these things are quite simple, but it is surprising how many people don’t realize how much sugar they are actually eating.