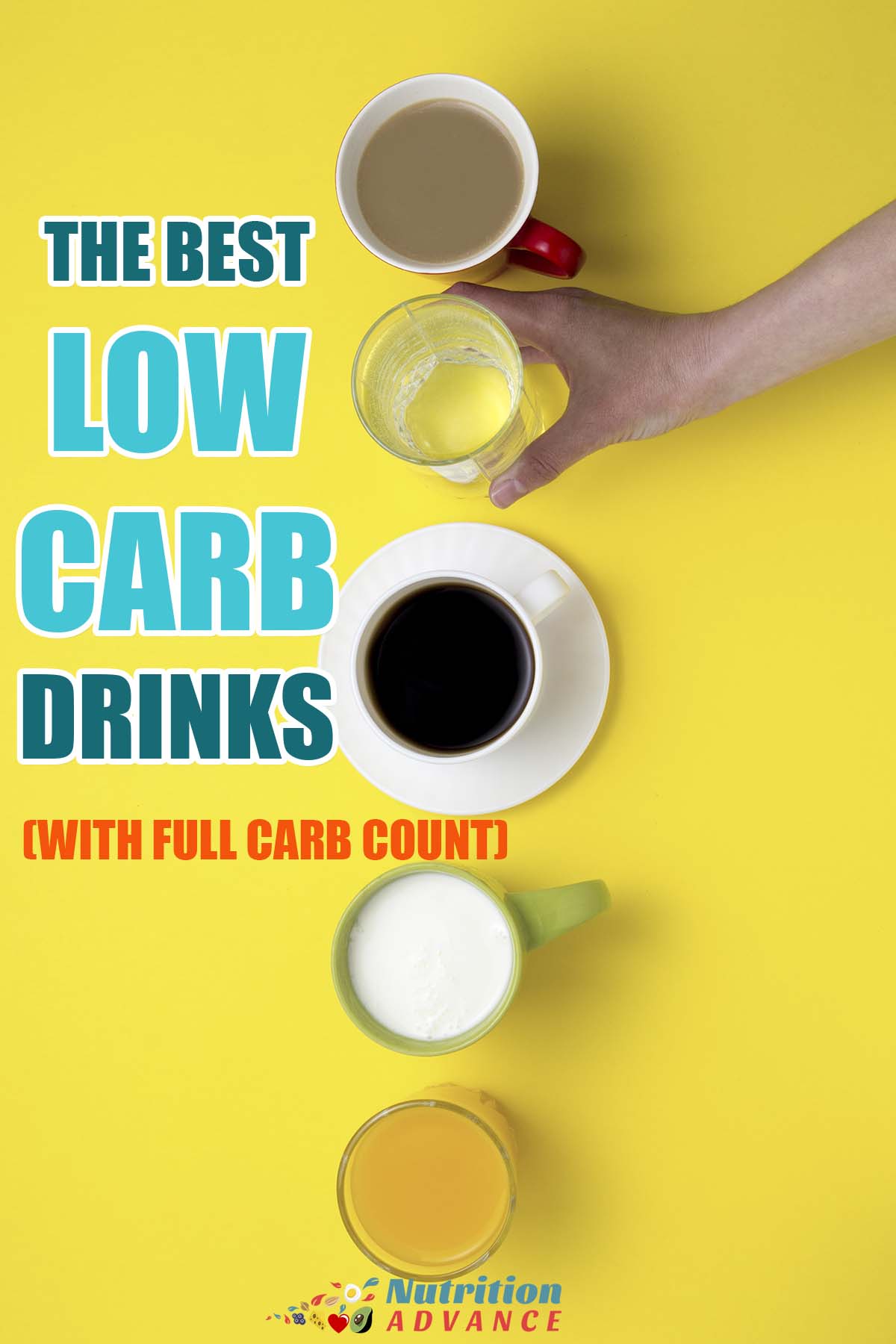 For people who choose a low-carb way of eating, it can be quite difficult knowing what you can eat and drink at first.

This is particularly true for drinks, and sometimes it is surprising how much carbohydrate and sugar drinks can contain.

In this article, we provide a guide to some of the best low-carb and keto drink options besides water. 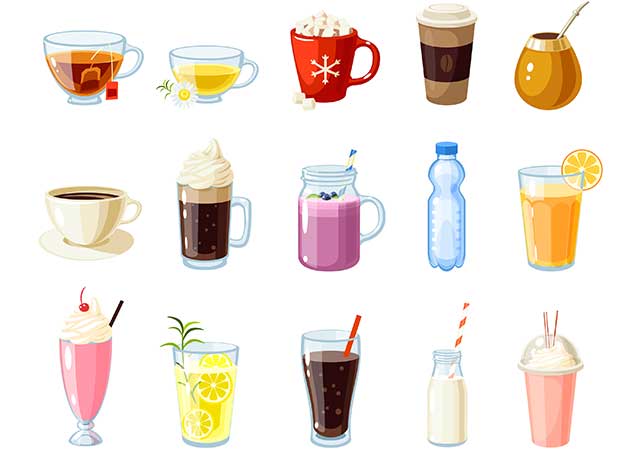 The drinks in this section each offer very low amounts of carbohydrate.

As such, they are suitable for regular consumption by anyone on a low-carb or ketogenic diet.

For each drink, you can see the total amount of carbohydrate per 100 ml unless otherwise indicated.

All nutrition data is sourced from the USDA Food Composition Database.

Almond milk comes in all many varieties, and a lot of these are full of fillers and additives such as sugar.

However, if you opt for unsweetened almond milk, then the carb count is minimal.

It’s also worth noting that it is easy to make almond milk at home; all you have to do is blend almonds and water until you have a creamy, consistent liquid.

To do this, use two cups of water for every half a cup of almonds. You can also try using slightly less or slightly more after the first time depending on your preferred thickness.

Coffee does not contain any appreciable amount of carbohydrate, and it’s a healthy and delicious drink.

On that note, large systematic reviews even suggest that moderate coffee consumption may have several health benefits and lower the risk of mortality (1, 2, 3).

Black tea is another calorie-free option.

Similar to coffee, there are lots of studies investigating the potential health benefits of black tea.

Among the research, studies suggest the drink may have slight immune modulating and blood pressure benefits (4, 5).

Cashew milk is another creamy nut-based drink that offers a good source of protein and various minerals.

It is also possible to make it at home in the same way as almond milk.

For those who like the occasional drink (or to celebrate), then Champagne can be a reasonably low-carb drink.

Per 100 ml, it only contains around three grams.

However, make sure to opt for dry Champagne as sweet versions can be quite high in carbs.

See this full guide to low-carb alcohol to see how all the different drinks compare.

Many people do, but you won’t find low amounts of carbs in most of the commercial hot chocolate options.

However, if you make your own hot chocolate at home then using unsweetened cocoa keeps the carbs very low.

Add a bit of heavy cream (or milk of choice) and use a low-calorie sweetener to make it taste the way you want it.

Coconut milk is a thick and creamy drink made by grating the flesh of fresh coconut and adding small amounts of water.

While it is very low in carbs, watch out for the fat and overall calorie content – drinking regular cups of this is an easy way to gain a few pounds!

Diet soda—such as Diet Coke and Pepsi Max—has a mixed reputation, with many people harboring suspicions about artificial sweeteners such as aspartame.

However, large-scale systematic reviews and clinical trials on these products fail to prove any adverse health effects at realistic human doses (6, 7).

Unlike regular cola and soft drinks in general, these diet drinks contain zero grams of carbohydrate (the regular sugar versions have around 10 grams per 100 ml).

Green tea is extremely popular throughout many East Asian countries, and it is particularly prevalent in China and Japan.

This tea also has a lot of research behind it, and it is widely regarded as one of the healthiest things to drink.

Green tea comes in a wide range of varieties, and some of the most famous include Genmaicha, Matcha, and Sencha.

Like most types of tea, this one contains no calories and no carbs.

Hemp milk is similar in appearance to almond and cashew milk.

However, this drink comes from seeds rather than nuts, and it is even lower in carbohydrate.

Despite coming from seeds, hemp milk tastes slightly nutty, and it has a thick and creamy consistency.

Otherwise known as “tisanes,” there are all kinds of different herbal tea options.

On the positive side, most of them offer a carb-free, healthy and refreshing drink.

That said, watch out for sweet powdered versions of these teas, as these can be quite high in simple sugars.

All in all, there are thousands of herbal tea options to try, but some of the most popular include;

The amount of sugar can easily add up in store-bought juice drinks and smoothies.

However, it is possible to make low-carb smoothies at home using ingredients like berries and coconut milk.

For example, the following recipe (for two people) contains only 2.4 grams of net carbs per 100 ml;

Do you prefer to drink water, but find it a little plain tasting?

Well, it is easy to freshen it up a bit with a little lemon. All you have to do is add a few slices to your cold (or hot) water.

That said, don’t expect too much in the way of health benefits.

Lemon water appears to be trending these days, and it is easy to come across stories on the “amazing benefits of lemon water”.

But it is just water with a tiny piece of lemon in it.

All in all, lemon tea or water will provide about 1.5 g net carbs per drink (if you actually eat the lemon).

While it is probably better to avoid regular beer, there are a variety of light beer options that are reasonably low in carbs (and calories).

Although the taste isn’t as good as the real thing, light beer can be a convenient option for those who don’t want to give up beer altogether.

They won’t ever be as tasty as eating a steak or other real food options, but protein shakes can be a convenient on-the-go protein source.

Since they are almost 100% protein, they are very low in dietary carbohydrate too.

A typical protein shake made from one scoop (around one ounce) of whey protein isolate offers less than a gram of carbs.

For those who enjoy wine, a glass of red can be compatible with a low carb diet – but it is better to stick to a dry wine.

However, every single variety of wine slightly differs in carb content. You can find out the exact details in this low carb wine guide.

Sparkling water is a great choice if you’re looking for a more exciting version of water.

Since it is the same as regular tap water nutritionally, sparkling water contains no carbs or calories.

However, you could try adding some berries or slices of lemon to make a healthier version of a fruit soda.

Spirits like rum, vodka, and whiskey contain no carbs.

By combining these with diet sodas, you could also make calorie and carb-free versions of rum and coke or vodka and lemonade.

However, it is worth remembering that our body prioritizes the metabolization of alcohol over all other macronutrients.

In other words, drinking slows our overall metabolism (8).

Once more, providing it is dry red wine, it is a low-carb friendly drink.

Don’t forget about pure water; it is cheap/free, easily accessible, and one of the healthiest things you can drink. 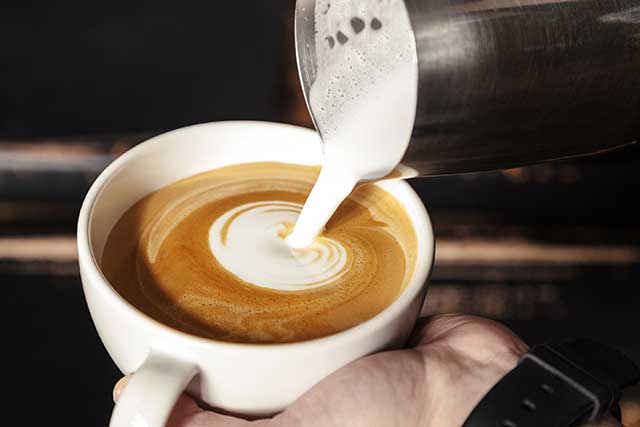 In this next section, the drinks contain moderate amounts of carbohydrate.

As a result, anyone on a strict low-carb diet might want to moderate their intake of these options.

However, when you look at how much beer the average person drinks, these numbers can add up.

While a “beer belly” isn’t only down to alcohol, binging on it can certainly contribute.

Beer is not very low-carb friendly, but for anyone who wants to drink it, moderation is necessary.

While black coffee is virtually calorie free, a latte is basically coffee-flavored milk.

With nearly as much carbohydrate content as regular milk, it is still possible to enjoy a latte on a low-carb diet.

However, it should be in moderation, as the carb count can quickly add up with regular consumption.

Almost all coconut products have become trendy over the past decade or so, and coconut water is no exception.

With just short of four grams of carbohydrate per 100 ml, it is a moderate-carb option to limit.

Milk is a fairly nutritious drink, and it is a great source of calcium and protein.

However, with nearly five grams of carbohydrate per 100 ml, these numbers can get high quickly with regular milk consumption.

A small glass or two a day is fine if that’s what people want, but it should be carefully worked into their dietary aims.

While some kombucha is reasonably low-carb, other options can be very high in sugar – some even add extra sugar for a sweet taste.

Label checking and a moderate intake may be necessary for this one. 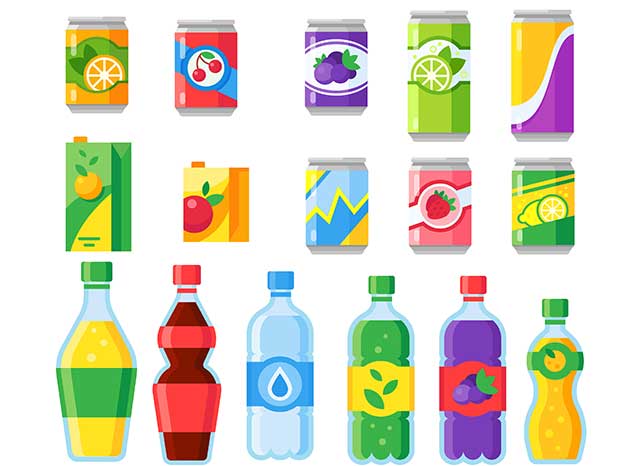 The following drinks all vary in their carbohydrate content, but they contain too much sugar to be suitable for a low-carb diet.

As shown in this guide, there are plenty of healthy and delicious drinks that are suitable for a low-carb diet.

Additionally, the drinks in the ‘moderate’ and ‘avoid’ sections can still be worked into the diet, as it is the total carb intake that matters most.

However, don’t forget to track liquid calories/carbs if you’re drinking them, as they can quickly add up.