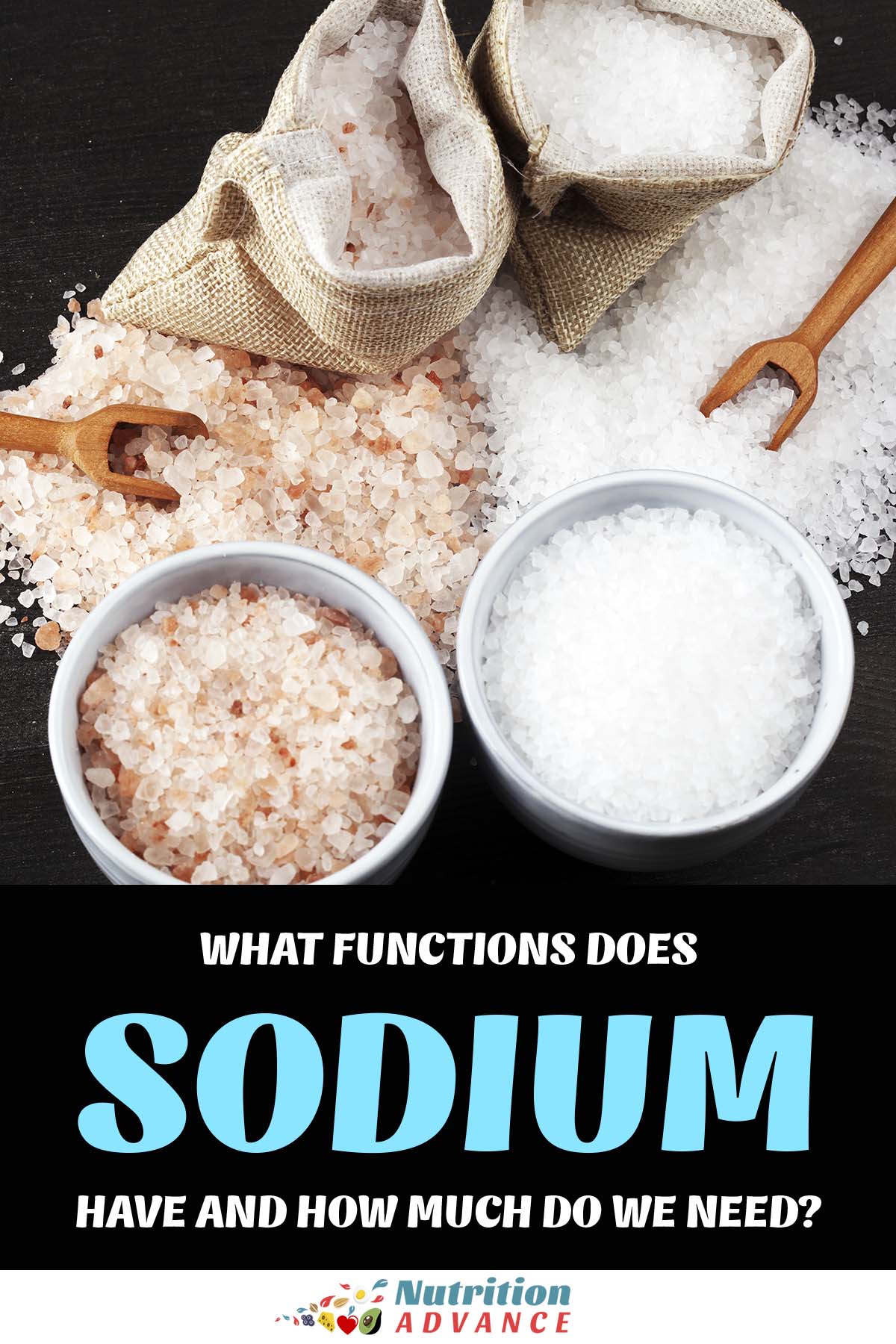 Sodium is an essential mineral that plays a vital role in the human body.

However, research shows that both excessive and inadequate intake of sodium can have detrimental effects.

This article examines the functions of sodium, how much we require, research into sodium’s health effects, and significant dietary sources of the mineral. 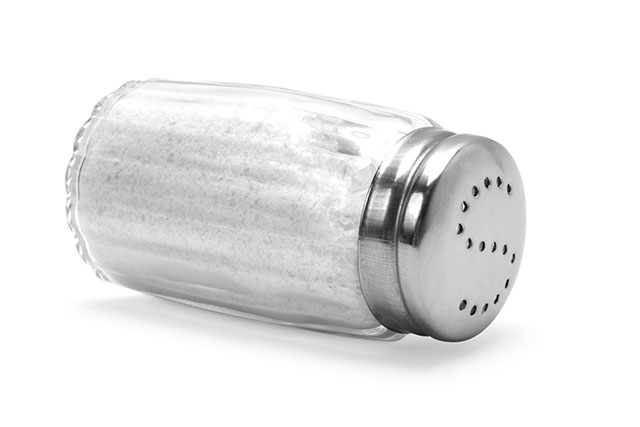 Sodium is the primary extracellular electrolyte in the body. In plain English, this means that sodium is the most prevalent electrolyte mineral in the fluid that surrounds cells.

Alongside potassium, which is the primary intracellular electrolyte, sodium plays a vital role in regulating blood pressure and fluid balance (1).

The majority of foods contain sodium, but the most prominent dietary source is table salt, which is a combination of sodium (40%) and chloride (60%) (2).

Sodium is an essential nutrient, which means that the body needs to obtain it in sufficient quantities from food to keep sodium levels in balance. The body primarily loses sodium through urinating and sweating (3).

In addition to sodium’s importance into blood pressure regulation, the mineral also plays a role in (4):

How Much Sodium Do We Require Per Day?

However, optimal sodium intake may not be identical for every individual.

According to the American Heart Association (AHA), the human body requires a minimum of 500 mg sodium per day for proper function (5).

To convert sodium to salt, we need to multiply the amount of sodium by 2.5. Therefore, 500 mg sodium is equivalent to 1250 mg of salt.

This upper limit guidance from the AHA matches the latest Dietary Guidelines for Americans. These dietary guidelines recommend a maximum sodium intake of 2300 mg per day (6).

Despite these recommendations, research published by the Centers for Disease Control (CDC) suggests that the average American is consuming approximately 3400 mg of sodium daily (7).

According to the CDC, 71% of this sodium intake comes from processed foods, and 40% comes from the following ten foods (8, 9):

This CDC data is interesting because several of these foods aren’t generally thought of as being particularly salty.

Key Point: According to official guidance, 2300 mg is the upper sodium limit. However, the body requires a minimum intake of 500 mg.

First of all, the recommended sodium intake is aimed at the average person, so it may not always be suitable for every individual.

Certain population groups, such as endurance athletes and elite sports players, may require slightly higher sodium than the average person.

Since these individuals will lose more sodium through sweat, their absolute sodium intake could be higher than the average person.

According to the International Society of Sports Nutrition (ISSN), increasing dietary salt intake in the initial days of training in heat can “help maintain fluid balance and prevent dehydration” (10).

However, these figures are best estimates, and every individual will have a unique level determined by the particular exercise, sweat rate, and more. For this reason, athletes generally work with their sports nutritionist to determine an optimal nutrition plan.

Research shows that some individuals may benefit from keeping their sodium intake toward the lower end of requirements.

The American Heart Association recommends an “ideal amount” of no more than 1500 mg sodium per day, “especially for those with high blood pressure” (14).

For this purpose, we will primarily focus on the highest level of research studies: dose-response meta-analyses and systematic reviews of randomized controlled trials.

According to these recent systematic reviews and large-scale observational studies:

The Importance of the Sodium to Potassium Ratio

In addition to absolute sodium intake, it is also prudent to consider the mineral potassium.

The main reason for this is because sodium and potassium have a joint role in regulating blood pressure. While sodium can increase blood pressure, potassium can decrease it (15).

Furthermore, a wide range of studies demonstrates that the dietary ratio of sodium to potassium plays a primary role in determining blood pressure.

A systematic review of 171 studies, which included 48 randomized controlled trials, found that (16):

Additionally, a systematic review that analyzed the impact of the sodium and potassium ratio on stroke risk demonstrated that (17):

Key Point: It is not only sodium intake but also sufficient potassium intake that is important for blood pressure.

A low blood level of sodium is known as hyponatremia.

However, several conditions can lead to low sodium levels, and these may include (18):

According to the Linus Pauling Institute at Oregon State University, symptoms of hyponatremia may include (19):

Severe hyponatremia requires urgent medical attention since it can potentially lead to coma or death (20).

Key Point: While very high sodium levels can be harmful, low blood levels of sodium can also have adverse effects.

Salt is in almost all packaged foods, and many people consume too much of it.

However, sodium is an essential nutrient, which means that we can also eat too little.

In other words, it is important to maintain sufficient—but not excessive—levels of sodium.

Based on existing research, it appears that moderate salt intake is ideal rather than both low or high intake levels.

It is also worth remembering that iodized salt is an excellent way to increase iodine intake.

For more mineral guides, see this article on iron.