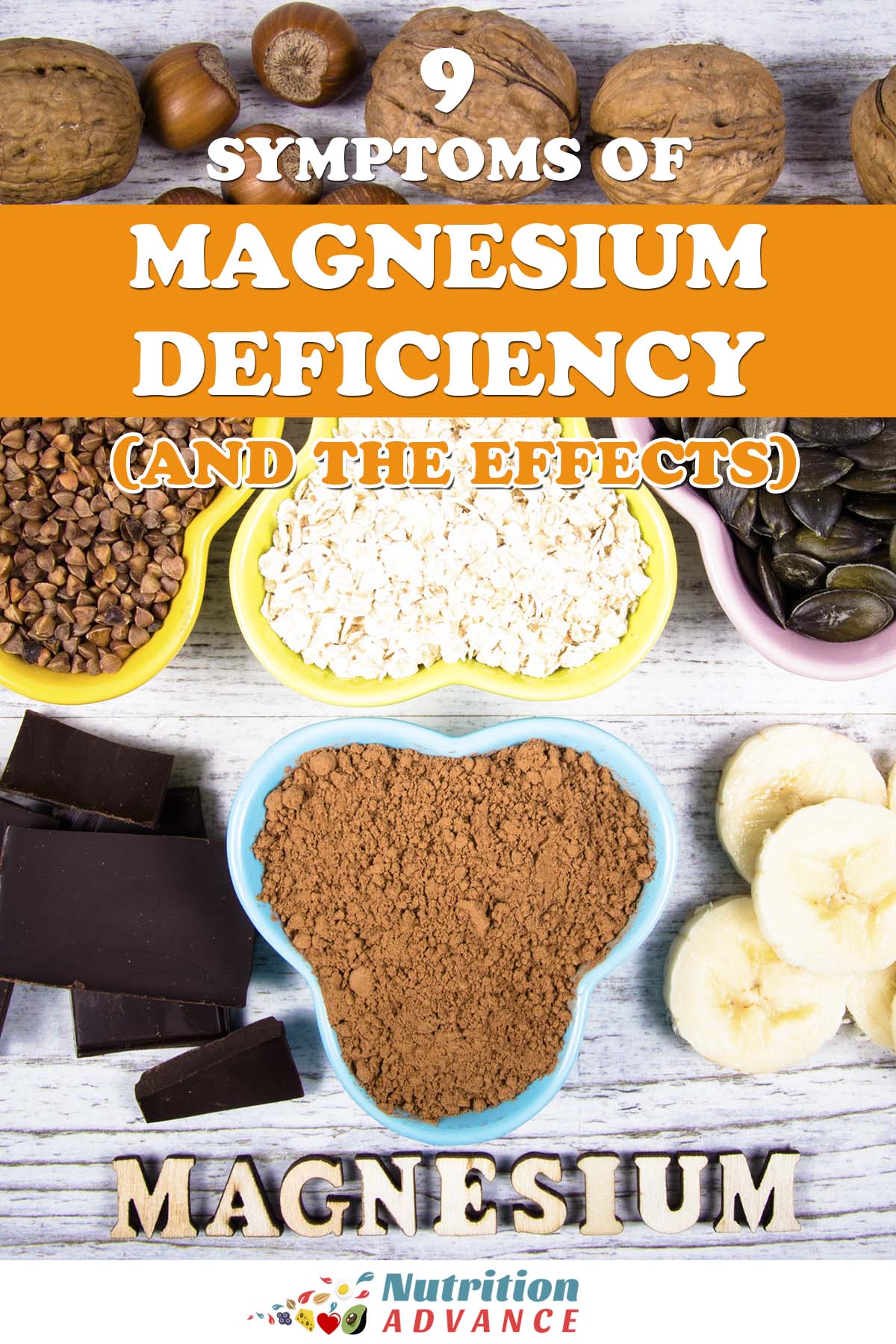 Magnesium is an essential mineral with a wide range of health benefits.

However, not all of us have a sufficient intake of the mineral, and magnesium deficiency can cause several health problems.

This article examines some potential symptoms and effects of magnesium deficiency, which is otherwise known as hypomagnesemia.

Additionally, we examine which individuals are most at risk of low magnesium levels.

What Is a Sufficient Magnesium Intake? 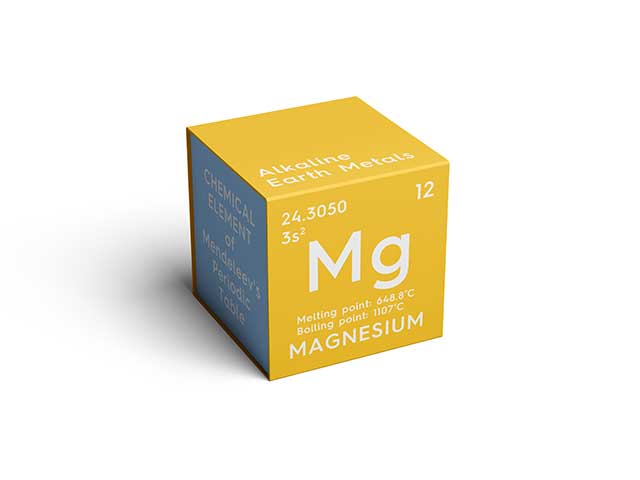 First of all, the current reference daily intake (RDI) of magnesium for adults ranges from 310 mg to 420 mg depending on age and gender.

Unfortunately, the 2015 US Dietary Guidelines declared magnesium a “shortfall nutrient” because around 50% of Americans don’t consume an adequate amount of the mineral.

Regarding these age groups, magnesium deficiency tends to be more of an issue for older adults, which we will look at in more detail later.

While there are many potential signs and effects of magnesium deficiency, this article will focus on those with scientific evidence behind them.

Each of these symptoms has moderate to strong associations with inadequate magnesium intake.

Magnesium plays an important role in the nervous system and muscular contraction.

As a result, low levels of the mineral may cause abnormal functioning of nerves and muscles.

For example, muscle cramps, spasms, numbness, and tingling are all common symptoms of hypomagnesemia. These symptoms frequently occur in the legs and soles of the feet (2, 3). 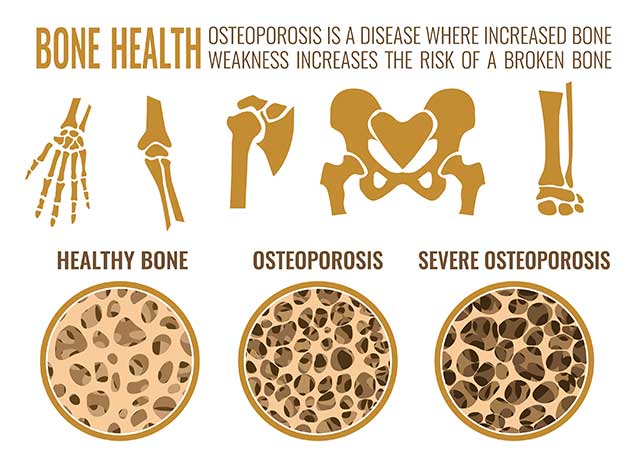 Magnesium is one of the key minerals for bone formation and structure.

As a result, a deficiency in the mineral can potentially lead to low bone mass or in the worst-case scenario, osteoporosis (chronic bone loss).

Studies show that a lack of magnesium impacts upon osteoporosis risk in several ways;

Alongside potassium, vitamin D, and zinc, magnesium is one of the most important nutrients for optimal sleep. 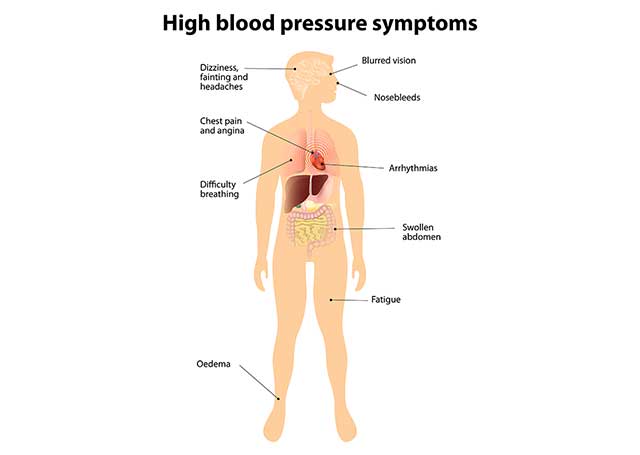 Hypertension (high blood pressure) is a common medical problem that is multi-factorial in causation.

However, research suggests that insufficient magnesium intake can increase the risk of hypertension.

Supporting this association, a meta-analysis of controlled randomized trials demonstrated that increasing magnesium intake had a causal effect on lowering blood pressure (12).

Key Point: Low plasma levels of magnesium may contribute to high blood pressure, which is a major risk factor for cardiovascular disease.

Among these, a large number of studies demonstrate that a lack of magnesium may be a cause of anxiety.

There are also studies that show increasing magnesium intake in humans helps to improve symptoms of anxiety.

For example, a systematic review of 18 studies found that magnesium has a beneficial effect on participants with subjective anxiety (15).

However, the quality of existing research on magnesium and anxiety in human participants is not extensive, and more extensive research is necessary 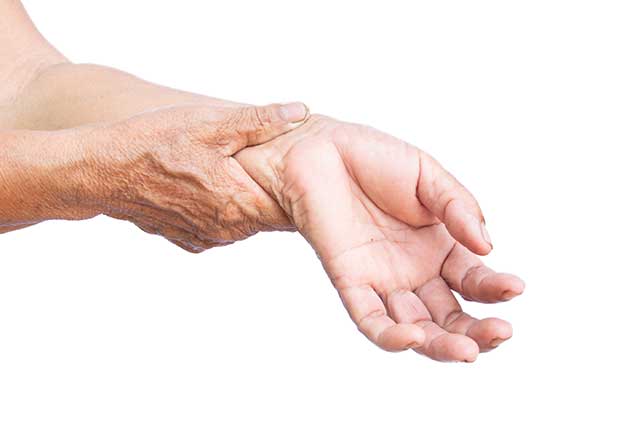 Magnesium deficiency can lead to muscular weakness, and this weakness can be in the arms, legs, jaw, neck, or other parts of the body (16, 17).

In extreme cases, this may even be life-threatening in very young infants.

On this note, a review of 19 case-control studies found a link between magnesium deficiency and sudden infant death syndrome (SIDS).

The hypothesis was that a magnesium-deficient infant may lack the upper body strength to turn their head in a life-threatening face-down position (18).

Key Point: Muscular weakness can be a sign of inadequate magnesium levels.

Studies show some evidence that magnesium insufficiency is a contributory factor in depression (19).

First of all, there are direct links between low levels of magnesium and the development of depression (20).

This is further supported by the fact that increasing magnesium intake appears to reduce the symptoms of depression.

In a randomized controlled trial, 126 adults suffering from depression took 248 mg of magnesium per day for 12 weeks. After the 12-week study period, there was a “significant decrease” in depressive symptoms (21).

Further to this, there are also indirect links because magnesium depletion can cause inflammation, which also shares links to depression (22, 23).

However, a systematic review and meta-analysis of the link between magnesium and depression showed inconsistent results (24).

Key Point: A lack of magnesium could be a potential contributing factor to depression.

Headaches and migraines are one of the most common effects of magnesium deficiency.

In a case-control study, 140 migraine patients had their blood magnesium levels tested and then compared to 140 healthy symptomless people.

Notably, serum magnesium levels were “significantly lower” in the group of migraine patients (25).

Furthermore, numerous studies show that increasing magnesium levels reduces both the frequency and intensity of migraines (26, 27).

A systematic review of clinical trials also showed that magnesium dicitrate supplementation “seems a safe and cost-effective strategy” as a migraine treatment (28).

It is worth noting that low magnesium levels don’t necessitate supplementation, and a focus on magnesium-rich foods can be just as effective.

Key Point: Low levels of magnesium may cause headaches and migraine attacks.

Individuals At Risk of Magnesium Deficiency 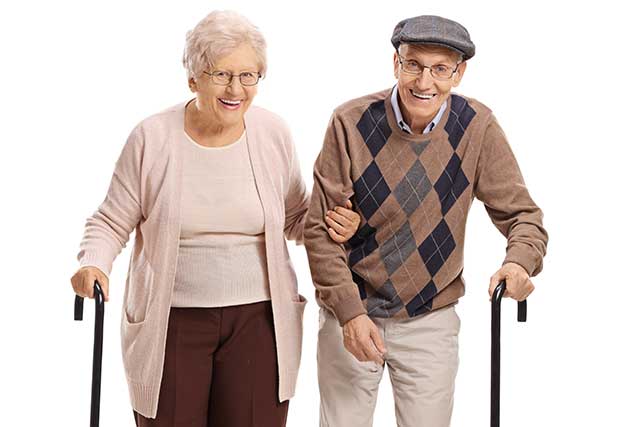 First of all, anyone can suffer from a nutrient deficiency to any vitamin or mineral if their diet is not right.

However, there are certain groups of people who are more at risk for developing low magnesium levels.

A range of evidence shows that chronic alcohol consumption reduces plasma levels of magnesium and increases urinary excretion of the mineral (29).

Sadly, the aging process can increase the risk of magnesium insufficiency.

There are a range of potential reasons for this, including inadequate food/nutrient intake, sub-optimal absorption, and poor gastrointestinal function (30, 31).

It is a common occurrence for patients with celiac disease to have poor magnesium status (32).

Typical advice recommends that celiac patients eat a magnesium-enriched diet, or at least focus on getting a higher dietary intake of the mineral (33).

Crohn’s disease commonly leads to hypomagnesemia due to poor intestinal absorption of magnesium (34).

Key Point: Certain groups of people need to get a higher dietary intake of magnesium. In these groups, magnesium supplementation is often advisable.

How To Ensure Sufficient Magnesium Intake

Firstly, there are lots of foods that supply significant amounts of magnesium.

For a full review of the top 20 magnesium-rich foods, see this article.

In addition, a magnesium supplement could be a good idea for anyone who feels they aren’t getting enough of the mineral from their diet.

You can find a guide to the best magnesium supplements in this guide here.

In this case, magnesium citrate appears to be one of the most evidence-based options (35, 36).

Magnesium is a critical mineral for good health, and as this article shows, magnesium deficiency can cause numerous problems.

That said, there are all kinds of magnesium-rich foods and supplement options available, so getting sufficient levels of the mineral doesn’t have to be difficult.

2 thoughts on “8 Symptoms and Effects of Magnesium Deficiency”