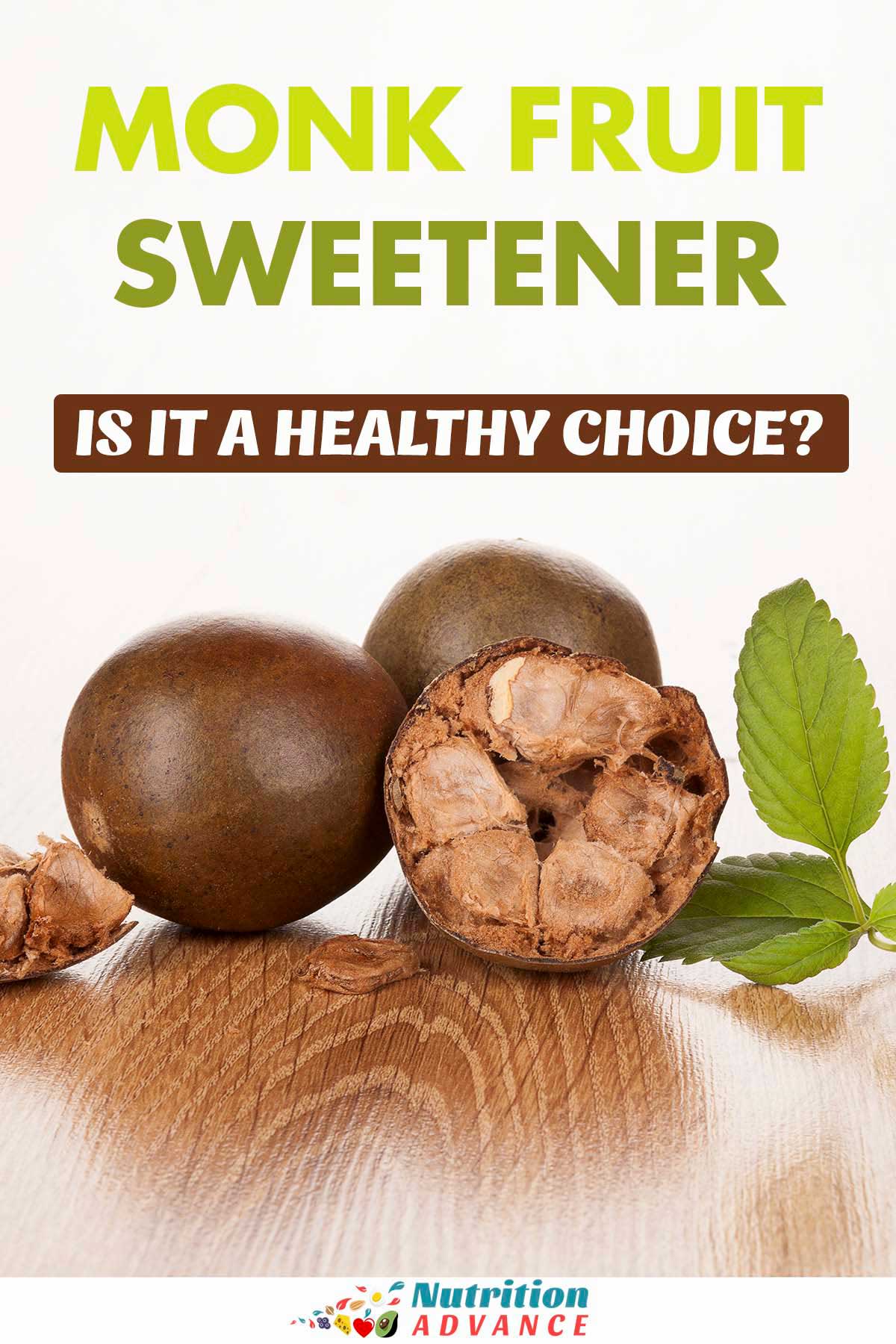 Monk fruit is currently one of the most popular alternatives to sugar.

This sweetener has a similar sweet taste, and it enjoys a “natural” and “healthy” reputation.

However, are all the claims about monk fruit true? And is it a healthy replacement for sugar?

This article provides an evidence-based review of monk fruit sweetener and examines the claims, potential benefits, and drawbacks.

What Is Monk Fruit Sweetener? 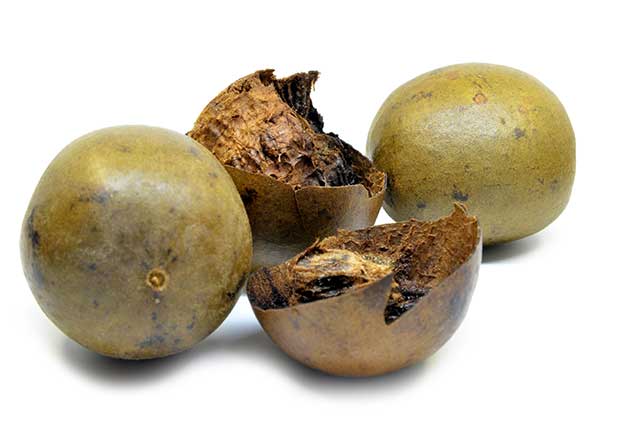 Monk fruit is otherwise known as luo han guo, and it is the fruit of a perennial vine plant belonging to the gourd family (1).

Native to the warm climates of South-East China and Thailand, monk fruit has long been a favorite fruit—and traditional herb—in its homeland.

The fruit contains a set of sweet-tasting antioxidant compounds known as mogrosides.

Since these compounds can taste approximately 300 times sweeter than sugar, they drew interest for their potential application as a sweetener in the late 20th century (2).

Soon after, ‘monk fruit sweetener’ was born, and it has rapidly increased in popularity since being given the generally recognized as safe (GRAS) status by the FDA in 2010 (3).

At present, this sweetener enjoys widespread use as a sugar replacement and in low carbohydrate baking.

Key Point: Monk fruit is a sweetener that comes from the luo han guo fruit, and it is hundreds of times sweeter than sugar.

How Is Monk Fruit Sweetener Produced?

The producers of monk fruit sweetener claim that it is;

The first of these claims, “100% natural,” is not regulated, and it does not have any significant meaning other than for marketing purposes.

With that said, just how “natural” is monk fruit’s production?

According to the Monk Fruit Corp, it is an “all-natural process” that involves;

When you see it like this, the process does sound fairly natural and wholesome.

However, I wondered precisely how the fruit sugars are separated from the sweet mogrosides, so I did a little further digging.

Not Such a Natural Production Process?

As shown in the above process, the production of monk fruit isn’t quite as natural as the marketing suggests.

For instance, the sweetener is nowhere near as “natural” as something like honey or maple syrup.

However, just because a food isn’t natural doesn’t mean that it is “bad.”

There is also no reason to suggest that the production process of monk fruit is unhealthy.

Key Point: A lengthy extraction process is necessary to extract monk fruit sweetener from the fruit. 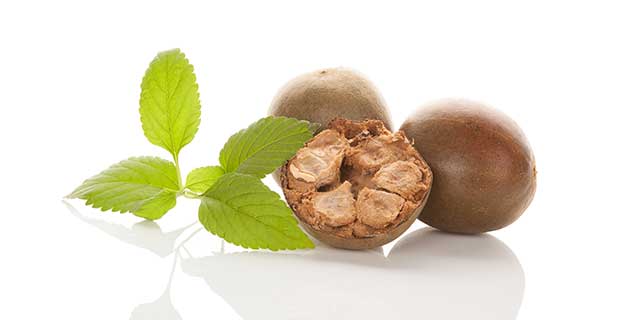 First of all, monk fruit is a nonnutritive sweetener, which means that it does not have any nutritional value.

In other words, monk fruit supplies;

As a result, monk fruit is a non-glycemic alternative to regular sucrose (table sugar).

For this reason, monk fruit is often advertised as a “diabetes-friendly” sweetener.

Key Point: Monk fruit contains no calories, carbs, or sugar, and it is non-glycemic.

Since monk fruit is a relatively new sweetener, there is not a wealth of research available on it just yet.

However, there are still some interesting data from existing studies.

Based on the current research, here is a look at some of the potential benefits it offers.

1) Safe For People With Diabetes

Since monk fruit is non-glycemic and contains no carbohydrate, it does not cause a spike in blood-glucose as sugar does.

In other words, individuals keeping a close eye on their blood sugars can still enjoy monk fruit-sweetened food and drinks.

In this study, a sucrose-sweetened beverage led to significant increases in the participant’s blood glucose and insulin levels.

On the other hand, participants drinking the monk fruit-sweetened option kept stable blood and insulin levels (5).

2) May Improve Metabolic Health As a Sugar Replacement 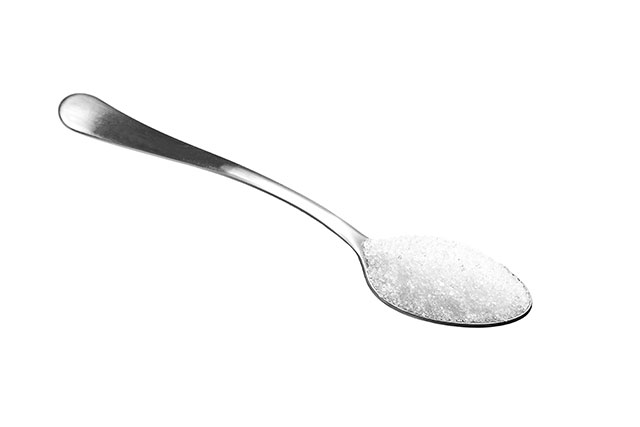 While this benefit is not anything unique to monk fruit, replacing sucrose with a non-caloric sweetener can have some benefits.

For example, a recent systematic review found that habitual consumption of sugar-sweetened drinks leads to a higher incidence of type 2 diabetes independently of weight (6).

A further meta-analysis and review paper suggests that diets rich in free sugars increase the risk of obesity, type 2 diabetes, and metabolic syndrome (7, 8).

In cases where individuals are consuming excessive amounts of sugar, replacing sucrose with a non-nutritive sweetener like monk fruit may reduce these risks.

As with any popular new product, it is possible to find numerous claims about the benefits of monk fruit sweetener.

For instance, there are reports that the mogroside compounds in monk fruit can lower free radical damage, reduce inflammation, and exert anti-bacterial effects.

However, it is worth noting that these claims come from studies that use highly concentrated monk fruit extracts (9, 10, 11).

Unfortunately, these compounds—in these doses—are not present in monk fruit sweetener.

Furthermore, these concentrated extracts were tested on animals or test tube microorganisms.

There is no evidence that these benefits would directly translate to humans, so for now, these claims require a pinch of salt.

Key Point: Watch out for over-exaggerated health claims about monk fruit – there is little evidence for many of these benefits in humans.

There are two sides to every story, and there are some potential concerns about using monk fruit sweetener. 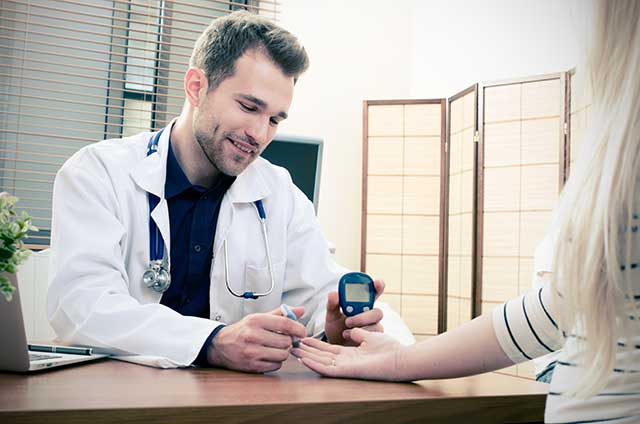 Earlier, we looked at a study comparing the glycemic response to beverages using monk fruit sweetener versus sugar-sweetened drinks.

However, this is not the full story.

Interestingly, three hours after the participants drank their test drinks, the monk fruit group had just as high blood glucose levels as the sugar group (5).

People may at first assume that there was a delay in the blood glucose response to monk fruit sweetener, but this is not the case.

What happened in this study was that lunch was provided to all participants one hour after the test drinks.

This lunch was ‘ad libitum,’ which means there were no limits on the amount of food the participants could eat.

During this lunch, the monk fruit group of participants consumed significantly more than the sugar group (by approximately 22-32% more calories).

In other words, the monk fruit participants compensated for their calorie-free drink by eating significantly more than those who drank a sugary beverage.

Further research suggests that a preference for sweet foods and sweet taste perception may lead to higher food intake, which could have been the case here (12).

The existing research on monk fruit sweetener shows no harmful effects on human health, and the sweetener has ‘generally recognized as safe’ status.

However, it is still very new to the market, and there is no extensive, long-term safety testing in humans.

To be clear; there is no reason to suspect that monk fruit sweetener causes harm, but this is just something to be aware of.

Key Point: There is no research on the long-term effects of using monk fruit extract in humans.

Since most people buy non-caloric sweeteners to avoid sugar, it is far from ideal if a sweetener contains added sugars.

However, this is sometimes the case, and some brands of monk fruit even contain more dextrose than they do monk fruit.

For those unaware, dextrose is a form of sugar derived from corn.

Additionally, some monk fruit products use erythritol as a filler. While erythritol is a zero-calorie sugar alcohol, some people have sensitivities to it.

To ensure you are getting pure monk fruit, check the label carefully.

Key Point: Some monk fruit sweeteners use fillers and additives, so it is wise to check the label before buying.

Where To Buy Monk Fruit

Monk fruit is widely available in the United States.

For the rest of the world, availability depends on the country and whether or not the sweetener has approval for general sale.

Monk fruit is not currently available in the EU, but a request for approval has been submitted with a deadline of February 2019 for the decision (13).

It is also possible to buy the sweetener online.

Overall, the data on monk fruit is generally positive, but is it a healthy choice?

Although the research on the benefits is mixed, based on current evidence, non-nutritive sweeteners like monk fruit are a healthier choice than sugar.

The sweetener may potentially have benefits, mainly when used to decrease sugar intake.

For more on sweeteners, see this research review on aspartame – is it safe or best avoided?

2 thoughts on “Monk Fruit Sweetener: Is It a Healthy Choice?”