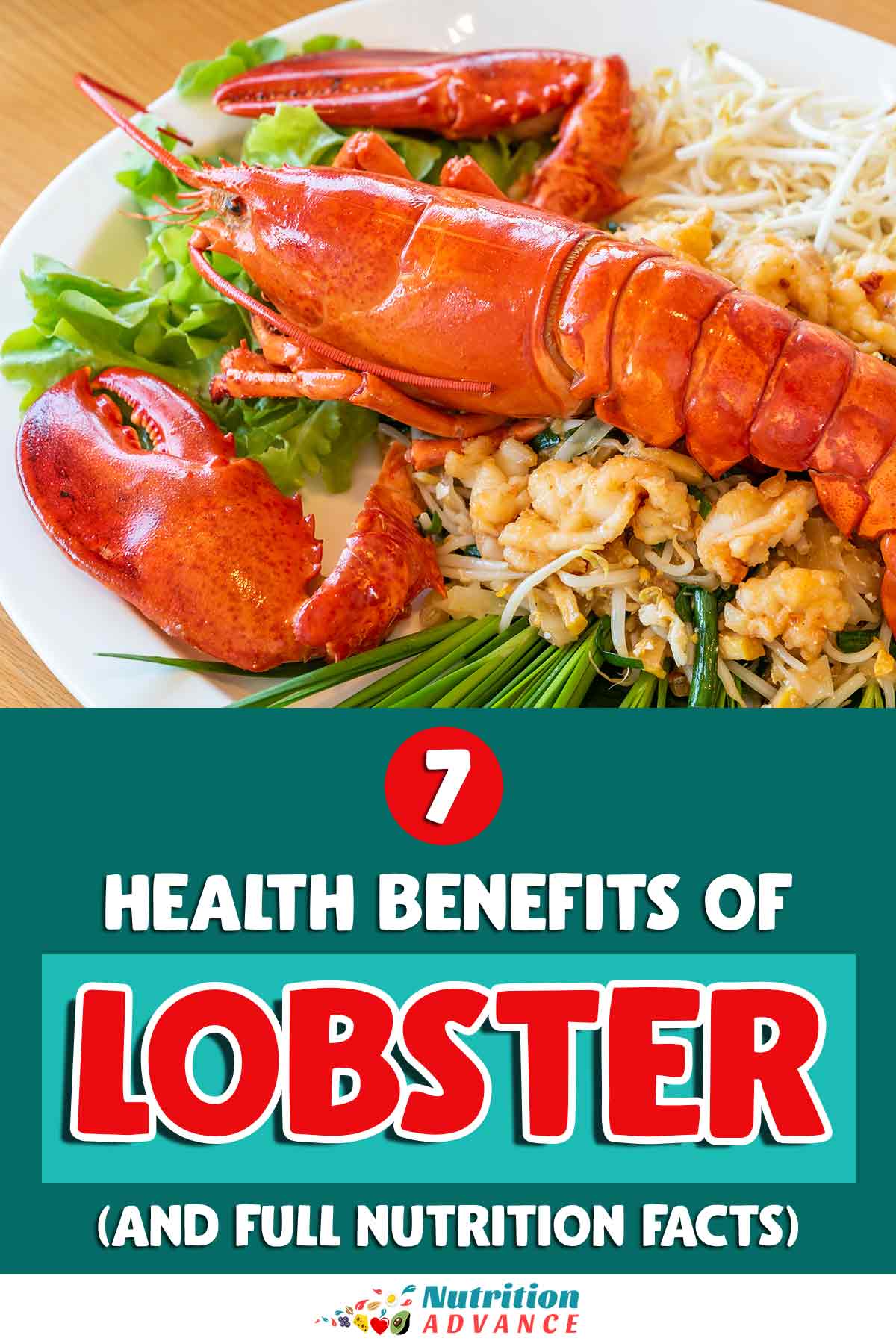 Lobster is among the more expensive seafood options, and people consider it to be a delicacy.

However, lobster is also very nutritious, and it provides a wide range of beneficial nutrients.

This article provides an in-depth guide to the nutritional values and potential benefits of lobster.

First of all, here is a look at the nutrition profile of lobster.

The nutritional values are for cooked lobster, and they are courtesy of the USDA FoodData Central database (1).

Lobster is a good source of B vitamins, and it also offers a broad range of minerals.

Based on the nutritional composition of lobster, it offers several potential health benefits.

Lobster Is a Rich Source of Protein

Lobster is among the best dietary sources of protein, and it is also incredibly protein-dense.

Protein density refers to the amount of protein a food offers compared to either its volume (per gram) or energy content (per calorie).

As a result, this makes lobster an excellent choice for those looking for a high-protein dish.

Key Point: Lobster is one of the most protein-dense foods.

It is neither a vitamin nor a mineral, but choline is an essential nutrient. However, not many foods provide choline in significant amounts.

Among its many functions, choline plays an important role in brain development and liver health (3).

Key Point: Lobster is a good dietary source of choline.

Lobster Is High In Copper and Selenium

Lobster contains substantial amounts of copper and selenium; per 100 grams, it provides more than 100% of the daily value for both minerals (1, 2).

Copper is an essential mineral that is important for iron metabolism, energy production, and it also plays a role in immune health (3).

Selenium is also important for the immune system, and it is a mineral involved in the activation of numerous antioxidant enzymes (4, 5).

These two minerals tend to be present in high amounts among other crustacean shellfish species such as crab too.

Key Point: Lobster contains more copper and selenium than most other foods.

It is not only lobster flesh that is edible, but also their shells.

Similar to other crustacean species of shellfish such as shrimp and crab, lobster shells have a red hue. This red coloration comes from the significant amounts of astaxanthin we can find in the shell.

Astaxanthin is a type of phytonutrient that belongs to the carotenoid class of chemical compounds. Research demonstrates that it has antioxidant properties (6, 7).

Notably, astaxanthin is one of the most well-researched carotenoids. Recent systematic reviews of published studies have found that:

Chemical analysis of lobster found that it provides between 54 mcg and 295 mcg astaxanthin per gram. By comparison, typical astaxanthin supplements contain anything upward of 4 mg (4000 mcg) (11).

One of the easiest ways to use lobster shells in cooking is to make a stock for soups and stews, and a good example recipe is available here.

While lobster doesn’t provide as much omega-3 as oily fish varieties, it does offer a source of these essential fats.

Omega-3 has several established positive effects on human health, including its anti-inflammatory properties and ability to lower triglyceride levels (12, 13, 14).

As is the case with other popular varieties of shellfish, there is also a serious concern about lobster consumption: allergy.

Shellfish are one of the most common allergens in the human diet, and this is especially true for crustacean species such as crab, lobster, and shrimp (15, 16).

According to published research, shellfish allergy is thought to affect approximately 2% of the population (17).

It appears that specific proteins contained within lobster are responsible for causing allergic reactions, and these proteins include myosin, tropomyosin, and troponin (18).

The University of Manchester’s Faculty of Biology, Medicine and Health notes that lobster allergies can cause anything from mild reactions (such as itching and swelling) to severe (breathing problems and drops in blood pressure). In severe cases, an allergic reaction to shellfish may cause anaphylaxis or even cause death (19).

Key Point: Lobster is one of the most common allergenic foods, and it can potentially cause severe allergic reactions.

Is Lobster High In Mercury?

Mercury is a common concern with many types of seafood, but the amount of mercury in lobster depends on the exact species.

On this note, the FDA’s Monitoring Program researched the mercury levels in a wide range of different seafood species between 1990 and 2012. According to this research, here were the mean amounts of mercury contamination in the following lobster species (20):

That said, lobsters are generally considered to be low in mercury. For example, the American Pregnancy Association places lobster in their ‘lower mercury’ category, and they allow for six servings per month in their recommendations (21).

Is Lobster High In Cholesterol?

Furthermore, the American College of Cardiology notes that observational studies do not support an association between dietary cholesterol intake and cardiovascular risk (23).

Additionally, lobster is one of those foods that is often reserved for special occasions or as a treat. Thus, it is unlikely to contribute significant amounts of cholesterol to the average diet.

Key Point: Lobster is high in cholesterol, but dietary cholesterol does not significantly raise blood cholesterol levels for most people.

Lobster has a lot to offer nutritionally: it’s an excellent source of protein, omega-3, B vitamins, and important minerals like copper and selenium.

This popular shellfish is also relatively low in mercury and may provide additional benefits from its choline and astaxanthin content.

Aside from allergy, perhaps the biggest drawback of lobster is the expense.

For a more affordable but equally nutritious seafood option, it may be worth looking into mussels.