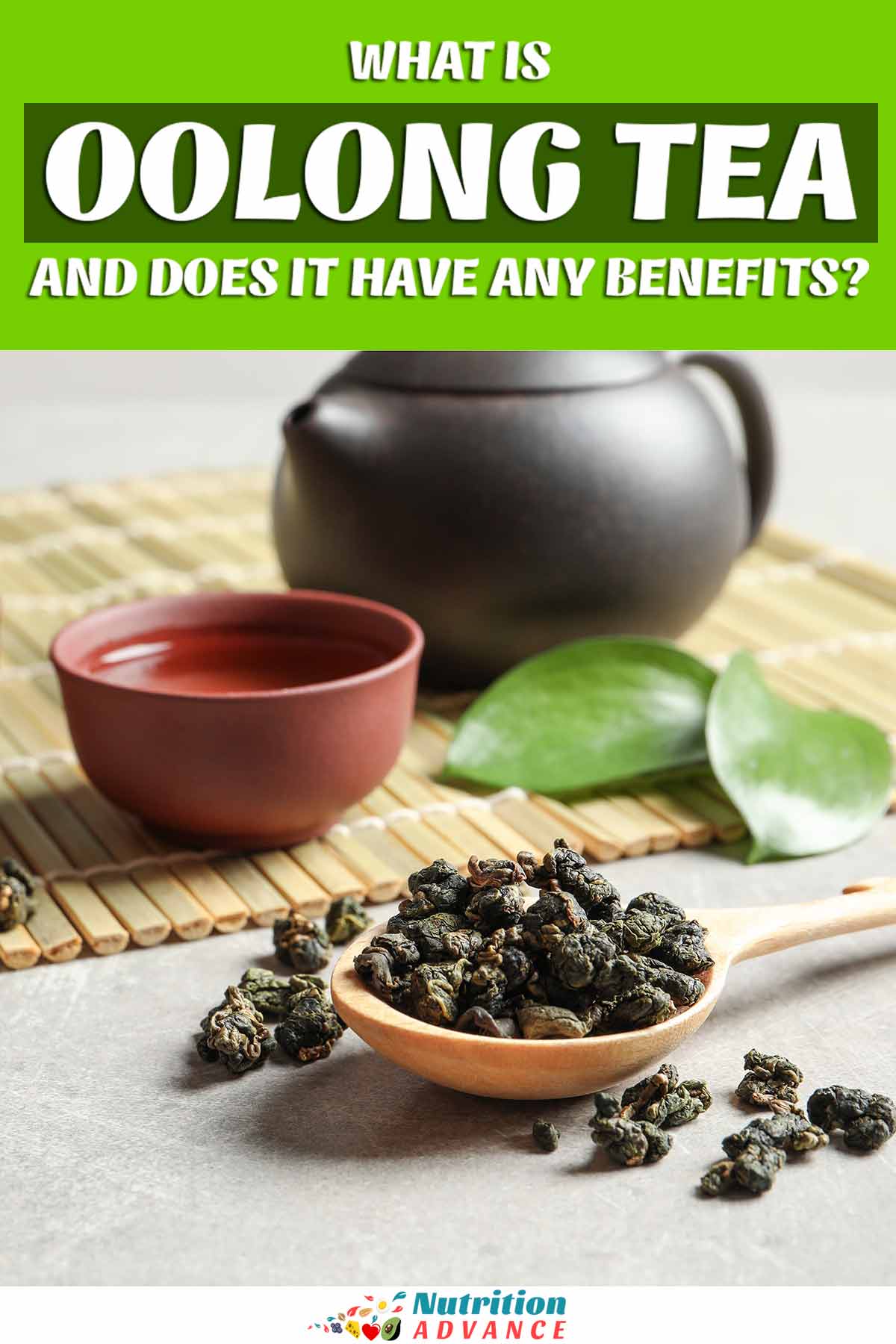 Oolong is a type of partially oxidized tea from China.

Although this tea shares some similarities to both green and black tea, it enjoys nowhere near the popularity.

Despite this, oolong tastes delicious, and it is quite healthy too.

This article takes an in-depth look at oolong tea and its potential benefits and side effects.

What Is Oolong Tea? 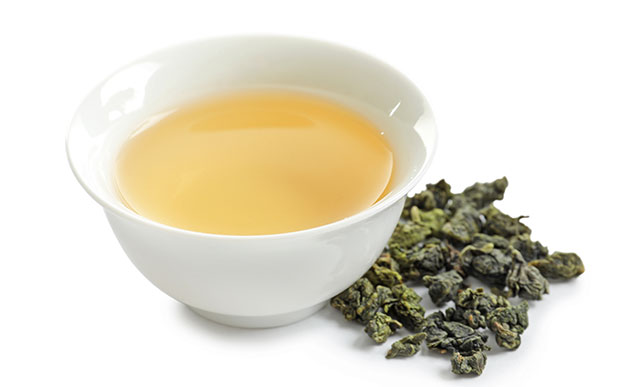 First of all, oolong is a true tea, which means that it comes from the Camellia sinensis plant.

Like other tea varieties from this bush, oolong is a caffeinated beverage, and it contains a variety of bioactive compounds.

This partial oxidation puts the tea somewhere between green tea, which is unoxidized, and black tea, which is fully oxidized (1).

For those unaware, oxidation refers to the enzymatic oxidation process that starts after the producers first pick the tea leaves. Sometimes people wrongly refer to this as ‘fermentation,’ and the process causes the leaves to darken.

As part of this process, producers may also “disrupt” the leaves, which means bruising and tearing the leaves to break their cell walls. As a result, the leaves oxidize faster (2).

Once the tea leaves reach the desired level of oxidation, tea producers heat the leaves to stop the oxidation process.

Caffeine is a stimulant, which may have beneficial impacts on focus and concentration.

Aside from caffeine, these other compounds are all types of polyphenols.

Key Point: Oolong tea undergoes a partial oxidation process, and it falls between green and black tea in color and strength.

How Much Caffeine Is In Oolong Tea?

As you may have guessed, the caffeine content of oolong tea is roughly halfway between green and black tea.

According to the NCC Food and Nutrient Database, the average brewed cup of oolong tea contains 38 mg of caffeine.

However, it is worth remembering that the caffeine content of tea is variable and depends on the leaves and brewing process.

For example, the following factors can influence the total amount of caffeine in oolong tea (3, 4);

For an idea of how this caffeine content compares to other tea; black tea typically contains around 47 mg caffeine per cup.

Key Point: The caffeine content of oolong tea is variable, but a typical brewed cup offer around 38 mg of caffeine.

With any tea or herb, you can always hear a lot about their health benefits.

However, these benefits are often exaggerated based on cell (test tube) studies, which do not necessarily apply to humans.

In this section, we will look at some potential benefits of oolong tea while being clear about the quality of evidence for each claim.

Since oolong tea contains around 38 mg caffeine per cup, it can have benefits for our state of alertness.

On this note, studies have demonstrated that even low-dose caffeine can improve focus and concentration.

The caffeine doses mentioned above are equal to roughly 18 mg for a person weighing 60 kilograms, which is equivalent to half a cup of oolong tea.

Additionally, another recent randomized controlled trial on caffeine and alertness featured 66 participants. In this study, caffeine doses as low as 32 mg led to faster reaction times in cognitive tests (6).

As a result, one (or more) cups of oolong tea should provide a boost to our focus and concentration.

Key Point: Oolong tea contains caffeine, a stimulant which can make us feel more alert and increase our focus and concentration.

Other than milk, drinks generally don’t contain many nutrients.

Although this is the same for oolong tea, the tea does contain small amounts of several essential minerals.

For example, according to the NCC Food and Nutrient Database, a typical cup of brewed oolong tea provides the following nutrients;

While these mineral concentrations are nothing special, it is a nice bonus from a cup of tea.

3) May Lower the Risk of Some Cancers

At this point, it is important to note that we cannot infer that studies taking place outside of the body would have the same effect within the body.

In other words; it is possible that oolong could help to lower cancer risk as part of a healthy lifestyle. However, we cannot be sure about this without better quality data from human trials. 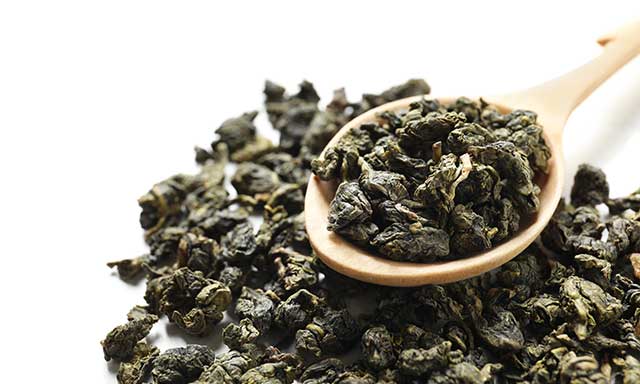 There are some interesting research studies on oolong tea and its potential role in blood glucose regulation.

In one particular study, 20 participants with type 2 diabetes consumed either 1500 ml of oolong tea or water (as a control group) for 30 days.

Interestingly, the group drinking the oolong tea had a significant decrease in their blood glucose levels compared to the control group (9).

In another randomized study featuring twenty-two patients with type 2 diabetes, 1000 ml of oolong tea per day had benefits for blood glucose levels.

1500 ml and 1000 ml of oolong tea are equivalent to around six and four cups, respectively.

5) Oolong Tea Is High In Polyphenols

Polyphenols are a type of bioactive compound found in plant foods, and they are thought to hold potential health benefits (11).

While these study results are encouraging, we should remember that animal studies do not necessarily apply to humans.

At this moment in time, there are unfortunately no human trials specifically on oolong tea polyphenols.

However, there are studies on the predominant polyphenol in oolong tea. This compound is called epigallocatechin gallate (EGCG), and as well as being found in oolong tea, we can also find it in other tea drinks and certain berries (14).

On the positive side, a systematic review of human trials shows that this polyphenol may have a small beneficial effect on weight loss efforts (15).

Key Point: Oolong tea is a rich source of polyphenols, especially EGCG, which may have health benefits.

Concerns and Potential Side Effects

However, there are just a few considerations that are worth taking into account.

1) Oolong Tea Is a Source of Caffeine

Caffeine can have many benefits; it improves concentration, focus, and energy levels. It’s also something many people look forward to in the morning ahead of a long day.

However, some people are overly sensitive to caffeine, and even small amounts can cause issues.

On this note, caffeine sensitivity can lead to any of the following symptoms (16, 17);

In rare cases, it is also possible for allergic reactions to caffeine. Case studies show that anaphylaxis—severe allergic shock—is a possibility when a caffeine allergy is present (18, 19).

Key Point: Some people may be overly sensitive to the caffeine content of oolong tea.

2) Oolong May Not Be Safe During Pregnancy

The data on oolong tea consumption while pregnant is not fully clear.

However, there are enough findings to suggest that it may be worth being cautious with oolong consumption.

For instance, caffeine intake is associated with lower blood folate levels during pregnancy. Folate is a crucial vitamin for a healthy pregnancy, and it seems that caffeine may influence its bioavailability (20).

Furthermore, a systematic review found that higher caffeine intake during pregnancy leads to a greater risk of babies having a low birth weight (21).

A further systematic review and dose-response meta-analysis found that more than 300 mg of caffeine per day “significantly increased the risk” of spontaneous abortion (22).

According to the World Health Organization, pregnant women consuming more than 300 mg of caffeine per day should lower their caffeine intake to “reduce the risk of pregnancy loss” (23).

Oolong tea only contains around 38 mg caffeine per cup, which is relatively small, but this is just something to bear in mind.

Key Point: High consumption of caffeinated beverages might be unsafe for pregnant women.

Lastly, the main polyphenol in oolong tea—EGCG—has been shown to impair the absorption of dietary heme iron (24).

For this reason, it is probably better not to consume large amounts of oolong tea near to a heme iron-containing meal.

We can find heme iron in animal products such as red meat and shellfish.

There are many positive points about oolong tea.

As well as having some beneficial impacts on our health, it is also rather tasty.

However, most of the benefits are relatively small, and we shouldn’t expect too much just from a few cups of tea.

Overall, providing there are no caffeine sensitivities present, oolong is a healthy addition to any diet.

2 thoughts on “What Is Oolong Tea and Does It Have Any Benefits?”