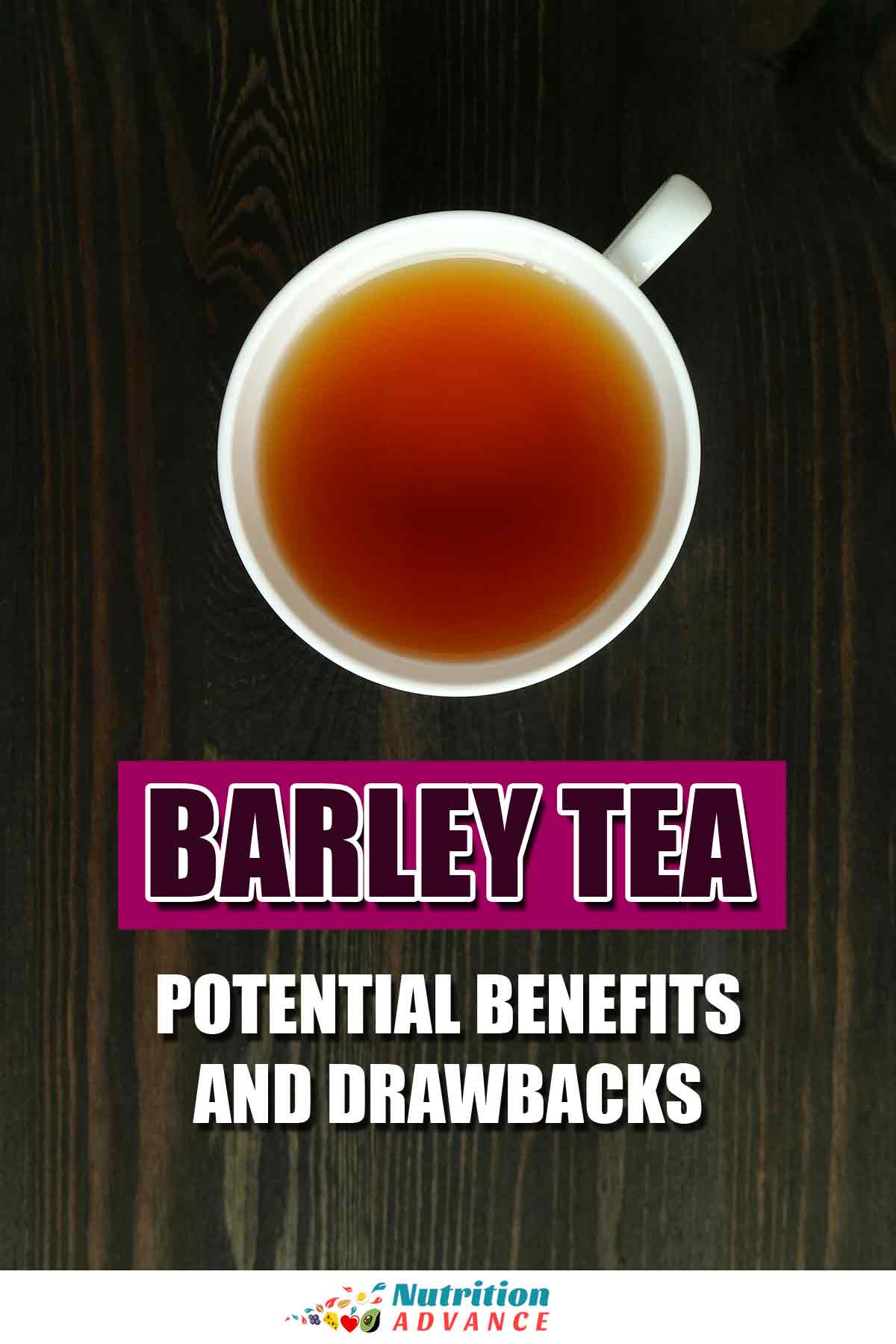 Barley tea is a refreshing drink that is incredibly popular in parts of East Asia.

This article provides a guide to barley tea, how to make it, and the drink’s potential benefits and downsides.

What Is Barley Tea? 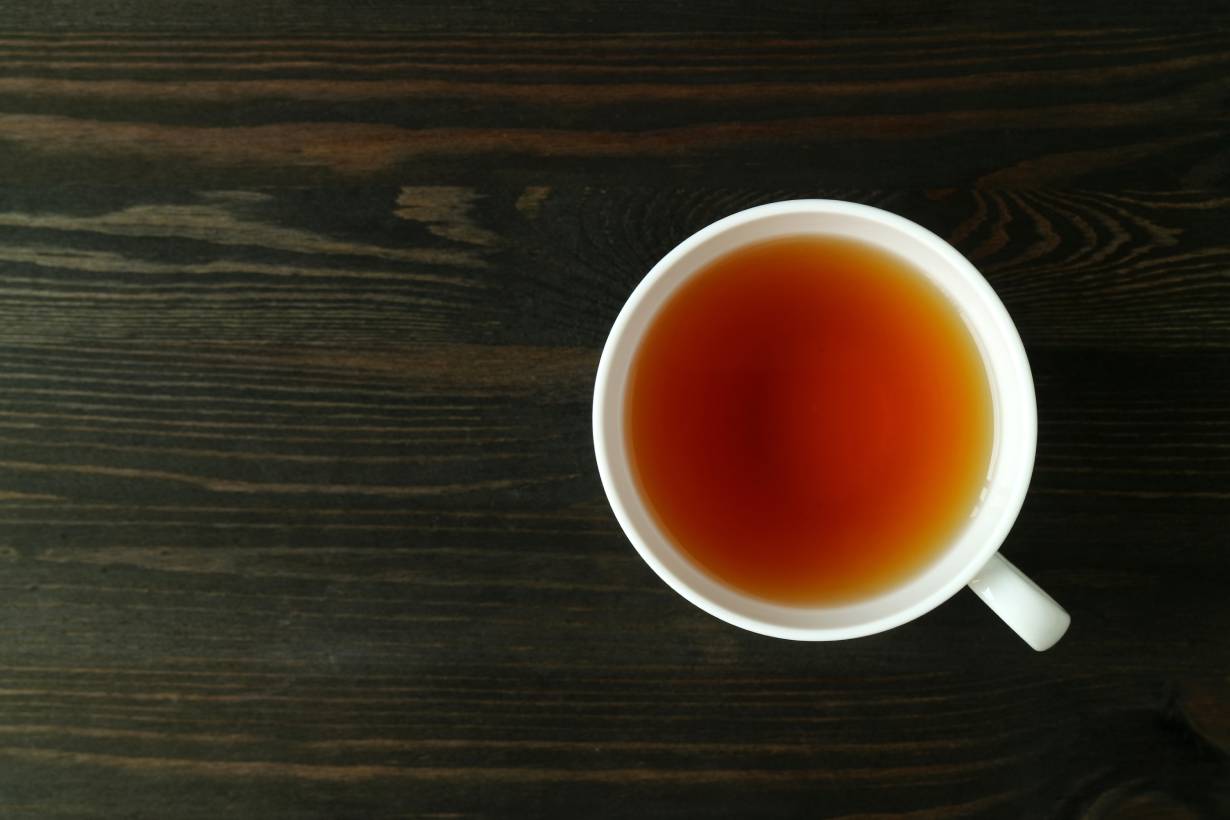 Barley tea is not a “true tea,” and it has no relation to the Camellia Sinensis plant, from which green and black teas come.

However, there are many different “tea” products, and barley tea is among the most popular of these.

The drink is known by alternate names depending on the country of origin:

‘Cha’ is simply the traditional Chinese word for tea.

Barley tea may be consumed either hot or cold, and it has a pleasant nutty, grainy taste with only a slight hint of bitterness.

Since barley tea contains no actual grains (which are strained out of the liquid) it is virtually free of calories.

Key Point: Barley tea is a popular drink made from roasted grains.

How To Make Barley Tea

The method used to make barley tea depends on whether you are using loose roasted grains or teabags.

The latter is the more convenient choice, but using roasted grains tends to work out cheaper, and it gives more freedom regarding the strength of the tea. 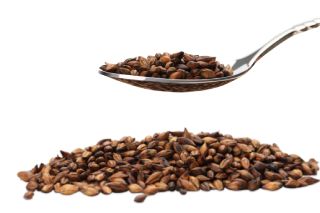 Loose roasted barley grains should be available from any large Asian grocery store, particularly ones that specialize in Japanese or Korean products.

These grains are also available online for a reasonable price (disclosure: affiliate link).

To make barley tea using these loose grains, follow the steps below:

Teabags are the easiest way to make barley tea, and using them is the same as making any other tea:

Similar to the loose roasted barley grains, it should be easy to find these teabags in most Asian grocery stores.

There are also some available online here (affiliate link).

A quick browse of the Internet will bring up many different health claims about the benefits of barley tea. These may include impressive sounding claims related to things like cholesterol, blood glucose, and weight control.

However, these claims are based on scientific studies that investigated whole barley consumption, which also contains fiber and numerous micronutrients. As such, these claims are thus exaggerating any potential benefits from barley tea alone.

That said, there are some benefits that barley tea does offer.

Since barley tea is made from pure roasted barley, it contains no caffeine.

Therefore, the drink is an excellent caffeine-free alternative to tea and coffee for those who are trying to cut down on caffeine.

Note: for some other good caffeine-free herbal tea options, rooibos and hibiscus are good choices.

We often hear foods and drinks such as cocoa and green tea lauded for their polyphenol content, but barley is also a good source.

Polyphenols are bioactive compounds that are thought to have some potential health benefits for human health, and they are a type of phytonutrient (2, 3).

There is still much research necessary to fully understand the mechanisms through which polyphenols may offer benefits (4).

However, according to prospective cohorts and extensive observational studies, a higher dietary intake of polyphenols is associated with a reduced risk of various chronic diseases (5, 6, 7, 8).

A Refreshing Alternative To Sugar-Sweetened Beverages

Not everyone likes to drink pure unflavored water, which explains the popularity of tea, coffee, soda, and herbal teas.

On this note, barley tea is a flavorful tasting drink that offers very little in the way of calories, and it is sugar-free.

For those who are looking for something different from pure water, barley tea is a healthier option than the various sugar-sweetened beverages available.

Key Point: It is possible to find exaggerated health claims about barley tea. However, the drink is a tasty caffeine-free and sugar-free option that also provides various polyphenols.

There is very little in the scientific literature to suggest that barley tea has any significant drawbacks.

However, it is worth noting that barley is a gluten-containing grain; the specific type of gluten protein found within barley is called hordein (9, 10).

Unfortunately, there is little available information on the gluten content of barley tea. Since the tea has been strained and does not include actual barley grains, the gluten concentrations should be a lot lower than the grain itself.

That said, individuals with celiac disease or severe gluten sensitivities may wish to avoid barley tea or at least speak to their physician before consumption to avoid any potential problems.

Key Point: Barley tea does not appear to have any significant downsides, but it likely contains small concentrations of gluten. Individuals with gluten sensitivities may wish to exercise caution.

Barley tea is a tasty and refreshing tea that contains minimal calories, no sugars, and no caffeine.

The tea also offers a source of polyphenols, which may potentially provide some benefits as part of an overall healthy diet.

For those looking for a new type of drink to try, barley tea might be a good option.

Rooibos Tea 101: Benefits and Side Effects

Hibiscus Tea: What Health Benefits (and Risks) Does It Have?