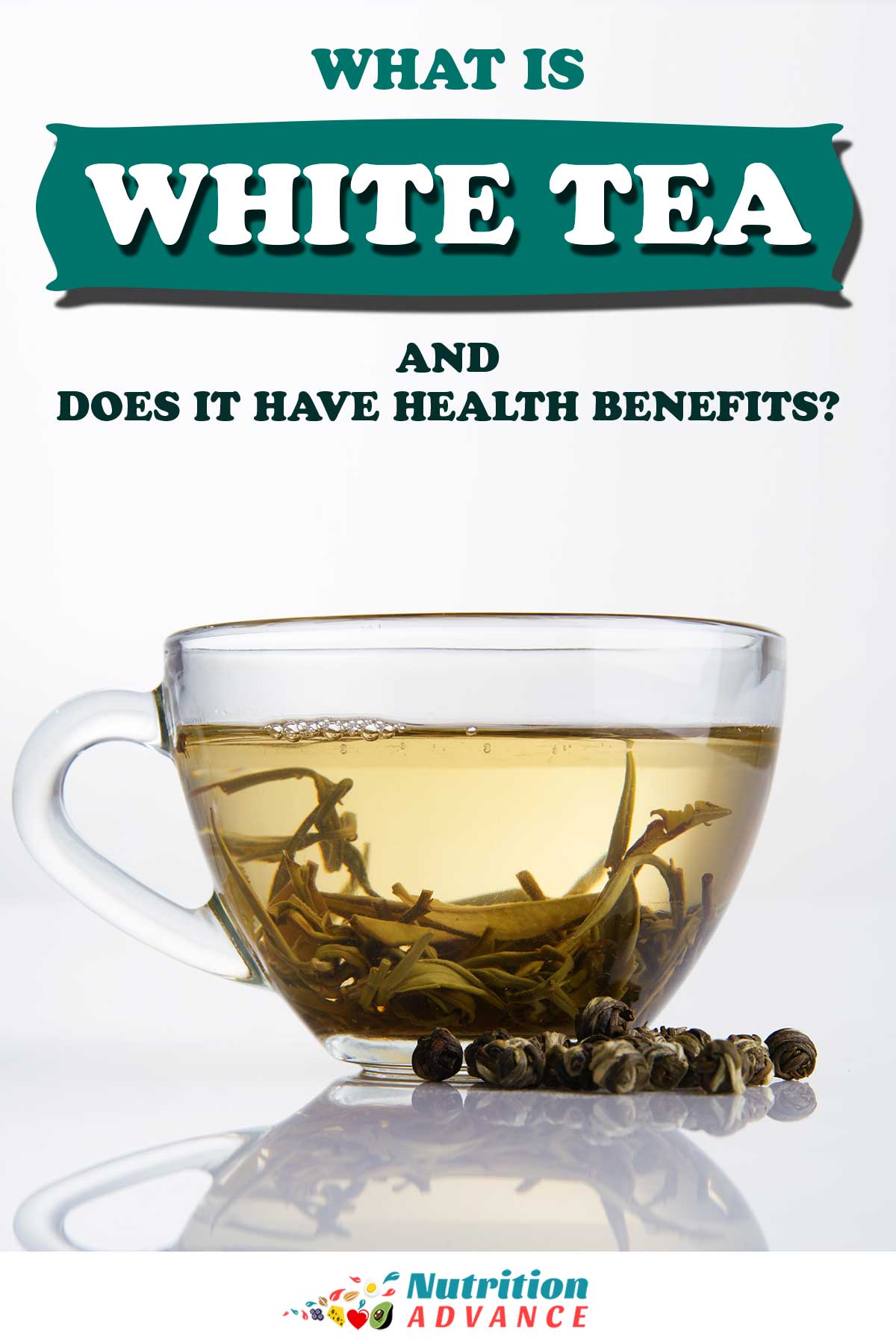 White tea is a popular variety of tea made from the leaves of the Camellia Sinensis plant.

Although they are similar, white tea differs from green and black tea as it uses younger, minimally processed leaves.

This article provides a complete guide to white tea and examines the existing research behind its potential health benefits.

What Is White Tea? 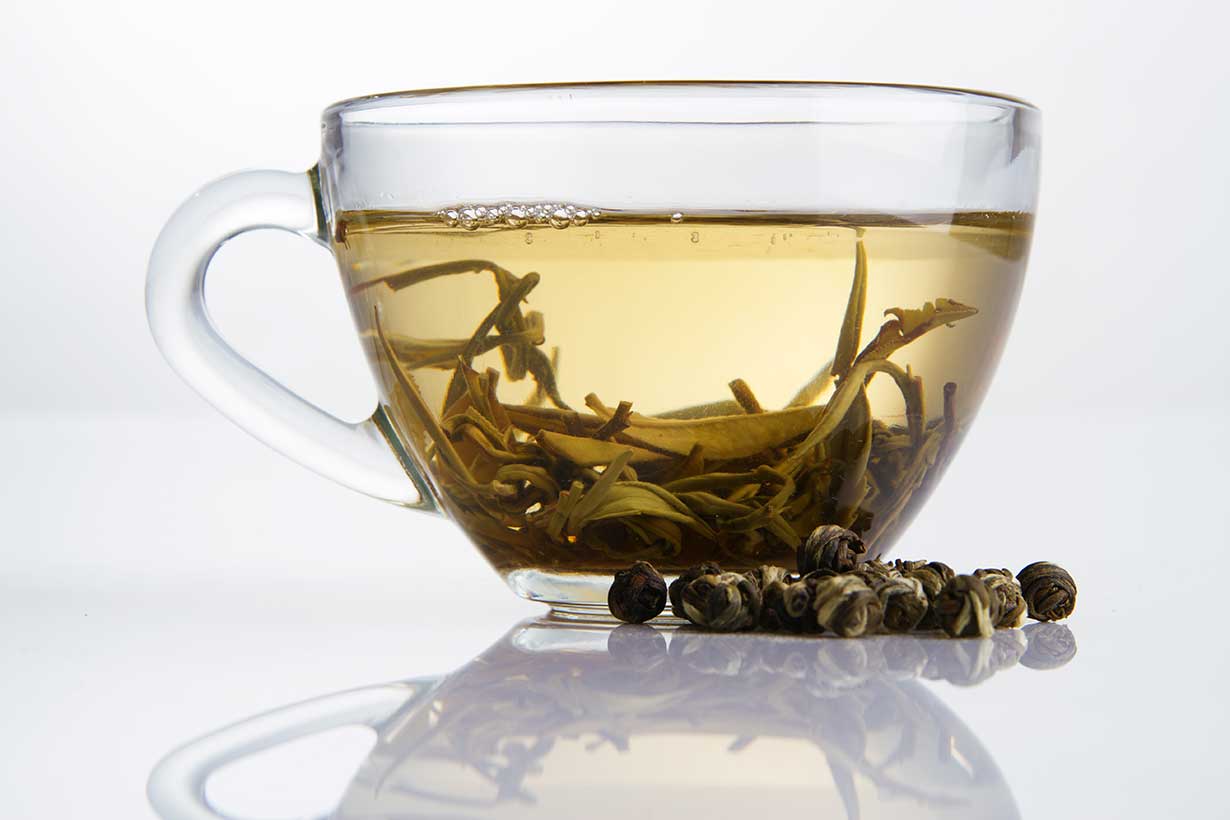 White tea is one of the four common varieties of “true tea” that come from the Camellia Sinensis plant.

Other teas that come from this plant include green, black, and oolong tea.

Compared to green and black tea, white tea has a lighter and more delicate taste.

Despite coming from the same plant, tea leaves used to make white tea are picked at a much younger age before the buds of the tea plant open. While the difference between green tea and white tea can be challenging to categorize, it is generally agreed that (1):

Fermentation, rolling and heating processes contribute to the depth of flavor in tea, which is the reason behind white tea’s weaker taste.

That said, this lighter taste is not a bad thing; white tea has a floral flavor, and it is mild, refreshing, and easy to drink.

Key Point: White tea comes from the same plant as black and green tea, but the tea leaves undergo less processing and the tea has a milder taste.

There Are Four Different Types of White Tea

Otherwise known as ‘silver needle,’ Baihao Yinzhen is an expensive white tea made purely from the buds of the Camellia Sinensis plant. It contains no tea leaves.

The production process involves picking the buds, leaving them in the sun, and then dehydrating them.

Baihao Yinzhen is sometimes called the “highest grade” of white teas due to its delicate flavor and use of only tea buds.

Sometimes referred to as ‘white peony,’ Bai Mudan is a brew of white tea mainly consisting of fresh buds alongside a small number of tea leaves.

The taste of Bai Mudan is slightly stronger than Baihao Yinzhen.

Gong Mei is a white tea produced from just one bud and several fresh tea leaves.

The taste of Gong Mei is not as light as either Bai Mudan or Baihao Yinzhen.

Shou Mei is the strongest-tasting variety of white tea.

Although it is similar to Gong Mei, the tea is produced from older, more mature leaves that have withered under the sun for longer.

Due to its bolder flavor, the taste characteristics of Shou Mei are not far away from traditional oolong tea.

It is always possible to find strong health claims about herb and tea products, and the same is true for white tea.

However, which of these claims are backed by credible scientific evidence and are applicable to human health?

Here is a summary of the potential benefits of white tea.

Polyphenols are a type of chemical compound that we can find in a variety of plants. These compounds are thought to have a wide range of potential benefits (3).

Tea is one of the most significant dietary sources of polyphenols, and tea leaves and buds are particularly high in a class of polyphenols called catechins (4).

Among these catechins in white tea, the most famous and well-researched is a compound called epigallocatechin gallate, which is often abbreviated as EGCG (2).

A broad range of studies has examined EGCG to see if it may have any beneficial biological effects in humans, particularly concerning its potential impact on metabolism.

On this note, a systematic review and meta-analysis of randomized controlled trials found that EGCG may slightly increase metabolic rate and energy expenditure. Although fat oxidation levels (fat burning) also increased somewhat, this rise was not statistically significant (5).

The researchers behind this review noted that a dose upward of 300 mg EGCG might be enough to cause the demonstrated increase in metabolic rate.

However, be aware of exaggerated claims in this area. White tea (or any other tea) is unlikely to have a significant impact on weight loss.

Key Point: White tea is a rich source of polyphenols, and it contains significant amounts of EGCG. This polyphenol may potentially help to slightly increase metabolic rate and energy expenditure.

Oxidative stress is a term used to describe free radical-induced damage in the body, and this damage is associated with long-term risk of chronic disease (6, 7).

That said, data from cell and animal studies cannot be used as evidence to infer that drinking white tea leads to these same benefits in humans.

While observational studies cannot be used to infer causation, they can provide suggestions for effect.

In this regard, several comprehensive systematic reviews and meta-analyses of observational studies have examined how tea consumption may affect cardiovascular health.

One large systematic review and meta-analysis analyzed twenty-two studies that featured data from more than 856,000 individuals.

This study demonstrated that those who drank three cups of tea per day had a statistically significant reduced risk of coronary heart disease, stroke, cardiac death, and all-cause mortality. For each outcome, there was a roughly 20-30% reduction in risk (12).

However, it is worth noting that such observational research has limitations and does not prove that tea intake was the cause of this effect. For instance, it could be that people who drink the most tea (rather than soda, for example) also have healthier lifestyles, eat better, and do more exercise.

That said, some human trials do show that the major polyphenols in tea—catechins—may be capable of lowering blood pressure:

Regarding the latter mentioned study, it is worth noting that 400 mg of EGCG twice per day would require a perhaps unrealistic intake of white tea (approximately 10-15 cups per day).

Furthermore, a meta-analysis of five other randomized controlled trials found that tea intake had no significant impact on blood pressure (15).

All in all, the research in this area is mixed and probably does not warrant strong claims of cardiovascular benefit at this stage.

Key Point: Regular intake of white tea may potentially offer some cardiovascular benefit, but the existing research is inconclusive.

There are claims of white tea potentially being beneficial for a host of other conditions, including type 2 diabetes and dementia. However, the quality of evidence behind these claims is poor and relies solely on one or two small animal studies (16, 17).

While it is possible that white tea could have beneficial effects, further and better quality evidence is necessary.

Like most foods and drinks, not only does white tea have potential benefits but it can also have some drawbacks. 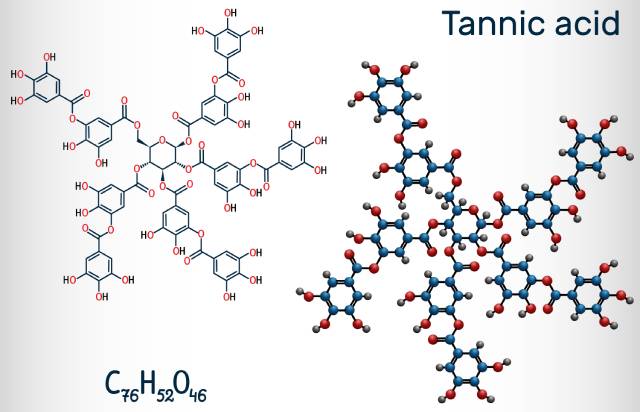 White tea contains flavonols, which are precursors of tannins (18).

Tannins (tannic acid) are water-soluble compounds that may have several beneficial effects on health (19).

However, they also have the negative effect of binding iron and impairing its absorption, thereby reducing the bioavailability of dietary iron (20).

Research in this area has demonstrated how varying doses of tannic acid impair iron absorption from food (21):

For comparison purposes, three cups of tea may provide anywhere from around 75 mg to 240 mg of tannins (22).

An interesting study recently found that tea consumed at the same time as an iron-containing meal inhibited iron absorption. However, consuming the tea one hour after the meal did not have this effect, and iron absorption was not impaired (23).

Key Point: White tea may impair iron absorption when consumed alongside a meal.

Caffeine is a stimulant that we can find in a wide range of drinks, including coffee, tea, and yerba mate.

For most people, caffeine is not problematic when consumed in reasonable amounts. It can even have benefits related to focus and energy.

However, some individuals are sensitive to caffeine and can experience a range of side effects, even from low doses (24).

While white tea does not contain as much caffeine as coffee or black tea, one cup still provides approximately 17 mg of caffeine (25).

Key Point: White tea contains less caffeine than other drinks, but it is still a source of the compound.

How To Prepare White Tea

How we brew white tea should depend on preference and what we are trying to achieve.

For a light and refreshing drink, brewing the tea for 3-5 minutes should be enough to provide a pleasant and flavorful drink.

However, for those who wish to extract the most polyphenols from their brew of white tea, the optimal brewing time is different.

A recent study looked into the effect of brewing time and temperature on the polyphenol content of white tea.

This study found that a brewing time of seven minutes at a temperature of 98°C (208°F) was optimal for obtaining the highest polyphenol content from the tea (26).

Although it is not as popular as its green and black siblings, white tea is a tasty and refreshing drink that may also have some health benefits too.

The Potential Benefits of Black Tea

What Is Oolong Tea?