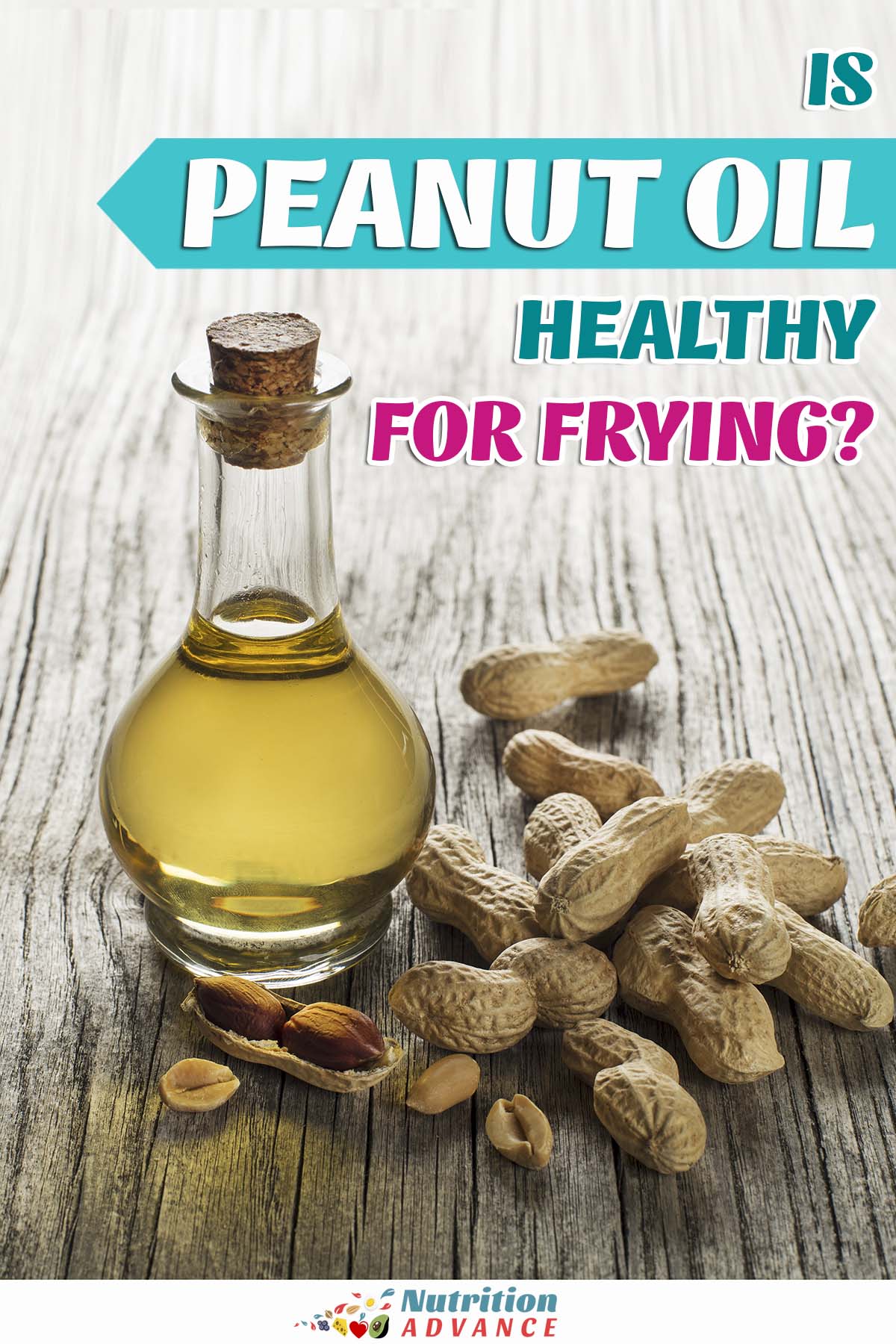 Peanut oil, otherwise known as groundnut oil, has seen increasing popularity over recent years, and it is widely used in both restaurants and for home cooking.

However, is frying with peanut oil a healthy option?

This article examines the oil’s nutrition profile, potential benefits and side effects.

What Is Peanut Oil? 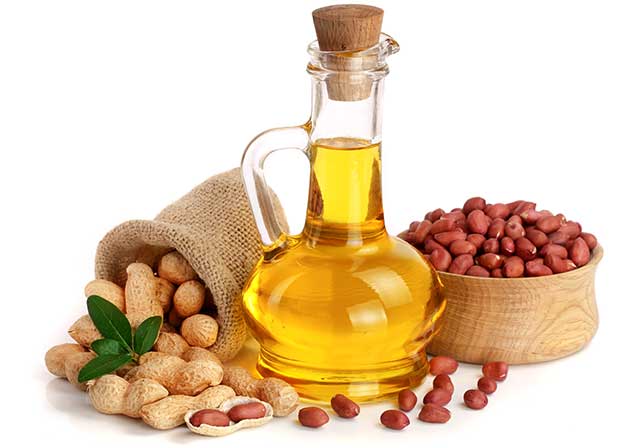 Although peanut oil is classed as a type of vegetable oil, this classification is slightly misleading.

For one thing, peanut oil is simply pure fat derived from peanuts, with no vegetables in sight.

However, this is a common occurrence with cooking fat, and many different oils are called ‘vegetable’ oil despite being made with fruit, nuts, or seeds.

Many people view peanut oil as one of the healthier choices of cooking oil due to its fatty acid content and a high ratio of monounsaturated fat.

The production method for peanut oil depends on the specific type of oil.

For example, it is possible to buy both refined and unrefined versions.

Ádditionally, the processing of the oil removes much of the nutritional value, and this includes peanut (protein) allergens. As a result, “highly refined peanut oils” are not classed as a “major food allergen” by the FDA (2).

On the other hand, unrefined and cold-pressed oils are healthier options, and they offer much more in terms of flavor.

Key Point: Peanut oil is a cooking oil high in monounsaturated fat, and there are refined and cold-pressed versions of the oil available.

The tables below show the nutrition profile for peanut oil per tbsp (14 ml) serving (3).

As shown in the nutrition tables, peanut oil is predominantly a source of monounsaturated fat.

The predominant monounsaturated fatty acid in peanut oil is oleic acid, which people often refer to as the “heart-healthy fat” in olive oil.

Is Peanut Oil a Healthy Choice For Frying? 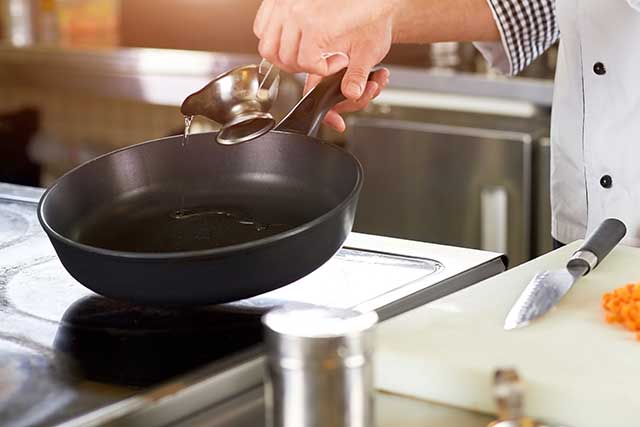 The most important consideration when using cooking oil is how heat-stable the particular oil is.

For example, some oils can break down and oxidize quicker than others. When oils break down, they can form oxidation products known as polar compounds.

Researchers have demonstrated that these oxidation products may cause a wide range of adverse health effects, including oxidative stress and inflammation (4, 5, 6).

First of all, the fatty acid profile of peanut oil should make it reasonably heat-resistant.

The table below shows the ratio of each type of fat in peanut oil (3);

As a result, oils with larger concentrations of omega-6 polyunsaturated fat are more likely to oxidize (7, 8).

Since about one-third of peanut oil is polyunsaturated fat, it has a fatty acid profile more suited to high-heat cooking than oils like soybean oil (60% PUFA) and grapeseed oil (73% PUFA) (9, 10).

Key Point: The fatty acid profile of peanut oil suggests it should be reasonably heat-stable for cooking.

The fatty acid profile of a cooking fat can indicate its oxidative stability, but it doesn’t beat actual trials using the oil.

Fortunately, some research has been done on peanut oil’s suitability for frying with, so here is a quick summary.

In this study, peanut oil “underwent the slowest oxidation” and was the freshest after 12 months in storage.

Furthermore, after heating the oils to test their oxidative stability, peanut oil had the “slowest changes” in the formation of oxidation products.

In a 2018 study by an independent lab, the oxidative stability of ten different vegetable oils was analyzed (14).

Notably, after six hours of frying at 180°C, the total percentage of polar compounds in peanut oil was 10.71%.

By comparison, the final polar compound concentrations in extra virgin olive oil and coconut oil were 8.47% and 9.3% respectively.

Vitamin E is an antioxidant vitamin that can help to protect fatty acids against oxidation and neutralize free radicals.

It is for this reason that food manufacturers add it to many foods that contain fat (15).

Potential Concerns and Side Effects 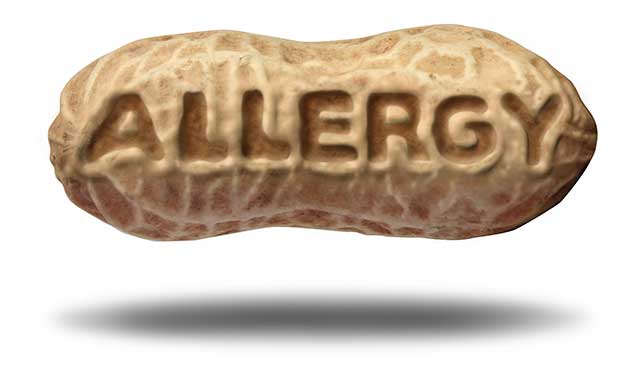 While peanut oil seems a reasonable choice of cooking oil, there are a few concerns to be aware of.

1) Some Types of Peanut Oil May Cause Allergic Reactions

Peanut allergies can be very serious, and they are the most common cause of fatal anaphylaxis (severe allergic reaction) in the United States (16).

Although the FDA state that refined peanut oil is not a concern for people with nut allergies, this is not the case for unrefined, cold-pressed oil (2).

Since unrefined peanut oils don’t undergo the amount of processing that refined oils do, they can contain enough of the allergens present in peanuts to trigger an allergic reaction (17).

For more information on this issue, there is a White Paper on Peanut Allergy by the Peanut Institute that is worth reading.

As discussed earlier, peanut oil is moderately high in omega-6 polyunsaturated fat, and these fatty acids are more prone to oxidize than other fats.

While peanut oil isn’t the best cooking oil, it’s admittedly far from the worst. However, the absolute amount of omega-6 (and the amount relative to omega-3) in our diet may also be an issue.

On this note, recent research demonstrates that excessive amounts of omega-6 may drive metabolic dysregulation and inflammation (18).

Additionally, there is some evidence that high dietary intakes of omega-6 may impair the benefits of omega-3 (19).

While research on these issues is still ongoing, complex, and not fully understood, it may be worth looking to the evolutionary perspective on this topic. For instance, the evolutionary intake of omega 6 to 3 is thought to fit a ratio of approximately 1:1.

In the modern day, this ratio is now 20:1, which is largely due to the excessive amounts of vegetable oil/fried food in our diet (20).

Key Point: Peanut oil is reasonably high in omega-6 fatty acids. While these fats are essential, excessive dietary intake may be a concern.

In recent times, numerous restaurants and fast food chains are using peanut oil as an advertised healthier alternative to oils like soybean and Canola.

Firstly, it is true that peanut oil is a healthier choice than typical fast food oils. However, it is not just the oil that is important, but also how people use it.

For example, some restaurants might use a healthier type of oil, but they may re-use it multiple times or use it for excessive lengths of time.

In other words; just because a restaurant is using peanut oil, a slightly healthier option doesn’t mean the food is good for you.

Key Point: Peanut oil is better than many common vegetable oils. However, it is probably better to limit deep-fried food as much as possible.

So, how healthy is frying with peanut oil?

First of all, the studies directly comparing it to other cooking oils find that it provides better stability at heat than many options.

But it is not the best.

At the end of the day, if you want a cheap oil for deep frying, then refined peanut oil is a good option.

If you want a tasty oil that is reasonably heat stable, then a cold-pressed or roasted peanut oil might work well.

However, if you want the most stable cooking oil, then fats like coconut oil, olive oil, and the various animal fats offer better oxidative stability.

For more information on this, see this guide to the most heat-stable choices.

2 thoughts on “Is Peanut Oil a Healthy Choice For Frying?”