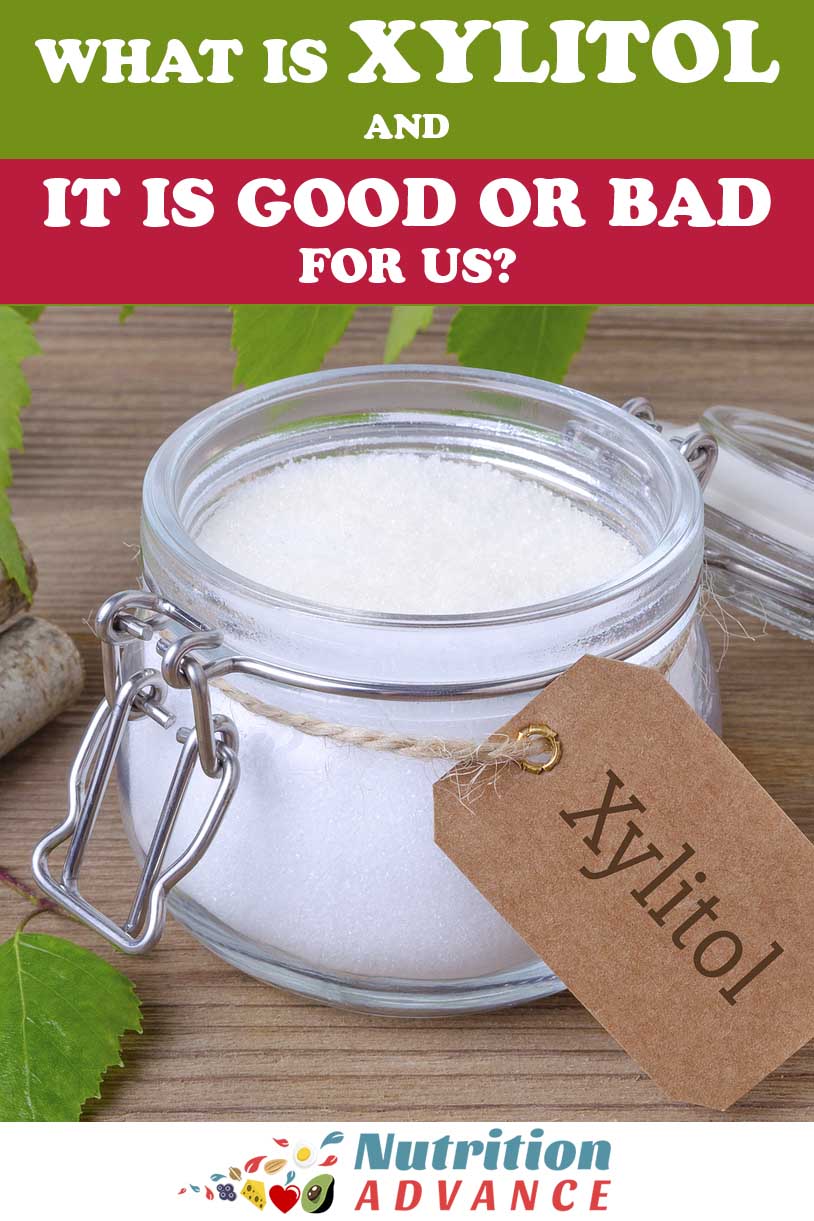 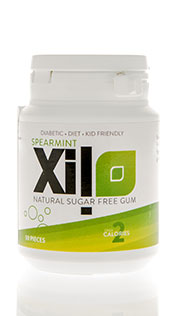 Xylitol is a popular sweetener that looks and tastes similar to sugar.

Since it is a type of sugar alcohol, xylitol is very low in digestible carbohydrate.

As a result, it makes a frequent appearance in sugar-free products, and it is one of the most popular commercial sweeteners.

However, what benefits does xylitol have?

Moreover, are there any potential side effects to be aware of?

This article provides a complete guide to xylitol.

Xylitol is a sugar alcohol that enjoys popularity as a “natural” sweetener.

Sugar alcohols are also known as polyols, and there are many different types including erythritol, maltitol, and sorbitol.

Concerning this “natural” tag, xylitol occurs naturally (in trace amounts) in a variety of fruit and vegetables.

Additionally, the ingredients to make pure xylitol are originally derived from natural sources; either birch tree bark or corn cob.

Despite these natural origins, the production of xylitol involves a lengthy industrial process, and by the end, there is nothing that resembles the source material.

For this reason, the term “natural” is perhaps somewhat questionable.

The chemical formula for xylitol is CH2OH(CHOH)3CH2OH, and the image below shows the chemical structure of the compound.

Xylitol has a white appearance and a crystalline structure similar to regular table sugar.

It is somewhat similar to erythritol, another sugar alcohol used in various sweetening products.

One gram of xylitol contains 2.4 calories and approximately 0.6 grams of carbohydrate (1).

Per teaspoon, this works out to be 9.6 calories and around 2.5 grams of carbs.

However, we do not digest sugar alcohols in the same way as regular carbohydrate, and xylitol effectively has zero net carbs.

How Is Xylitol Made?

First of all, xylan hemicellulose is extracted from either birch tree bark or corn cob (the actual cob in the middle).

After this, the xylan hemicellulose undergoes a hydrogenation process which involves various chemicals such as hydrochloric acid, hydrogen, and sulfuric acid.

If you wish to read a more advanced, technical explanation of xylitol’s production process, see here.

Key Point: Xylitol is a sugar alcohol that has a similar appearance and taste to regular sugar. However, it contains no digestible carbohydrate.

Using xylitol can have several positive impacts on our health.

Most of these are related to the fact that xylitol isn’t sugar, but it does offer several interesting benefits of its own. 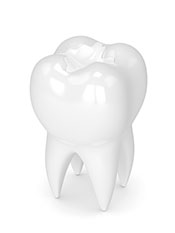 While regular table sugar is one of the worst things we can eat for our dental health, xylitol appears to be protective.

This fact is one reason why we can find xylitol in a wide range of toothpaste, mouthwash, and chewing gum products.

For example, various kinds of harmful bacteria in our mouth can feed on sugar to grow, and they then produce acids that may damage our teeth, ultimately leading to tooth decay (2).

However, these bacteria cannot break down and digest xylitol as they can with sugar.

Furthermore, habitual daily consumption of around 5 – 7 grams of xylitol reduces the concentration of these harmful oral bacteria (3).

Interestingly, when bacterial strains try to digest xylitol, the sweetener disrupts their ability to produce energy and leads to cell death (4).

Key Point: Xylitol does not contribute to dental plaque, and even appears to reduce harmful oral bacteria.

2. Does Not Affect Blood Glucose or Insulin Levels

Unlike regular sugar, xylitol has little effect on blood sugar and insulin levels.

For instance, several studies have looked into the sweetener’s influence on these matters. Notably, trials on human subjects show that xylitol consumption does not raise blood glucose readings, and nor does it have any impact on insulin levels (5, 6).

Due to this, substituting xylitol for regular sugar can help to reduce fasting blood sugar and insulin levels, which can reduce our risk of serious disease (8, 9).

Owing to the benefits xylitol has on regulating blood glucose levels, many people with diabetes use the sweetener as a staple product.

Key Point: Xylitol does not raise blood sugar levels, which gives it an advantage over sugar for better glycemic control.

Candida albicans is a bacterial species of yeast that is found in the gastrointestinal tract of most adults (10).

In some circumstances, Candida albicans can overgrow in the gut and lead to a condition called candidiasis.

Oral candidiasis has also been shown to generate carcinogens, compounds that can increase the risk of cancer, and Candida albicans appears to have several pro-tumor effects. However, it is worth noting that there is no confirmed link between candida albicans and cancer (11, 12).

Despite this, an overgrowth of candida is not something that we want, and xylitol appears to have benefits for this issue.

According to one study, xylitol has significant anti-microbial effects and demonstrates the ability to decrease concentrations of Candida albicans (13).

4. Xylitol is Low in Calories 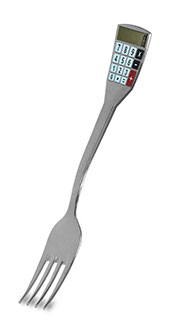 In addition to xylitol having minimal effects on blood glucose and insulin, it is also a low-calorie sweetener.

While one gram of regular sugar contains four calories, xylitol is only 2.4 calories.

In other words, although xylitol does contain carbohydrates and calories, our body does not digest them.

On this note, someone switching regular sugar servings for xylitol would lower their calorie intake and potentially lose weight.

Key Point: Xylitol is a low-calorie sweetener that may aid with weight loss.

5. Xylitol Works As a 1 For 1 Sugar Replacement

There are all sorts of sweeteners on the market.

Some of these are intensely sweet liquid drops in bottles with droppers, such as stevia.

Others are in the form of tablets, and further options may be finely cut leaves.

However, xylitol is a crystallized white powder just like sugar, and using it as a sugar replacement requires a simple one-for-one swap.

In other words, there are no complex calculations or conversions necessary, and xylitol can substitute sugar in a 1 for 1 ratio.

For people who enjoy low-carb baking and sweetening recipes, this makes using xylitol convenient and comfortable.

Key Point: Xylitol can be used in a 1:1 ratio with sugar. 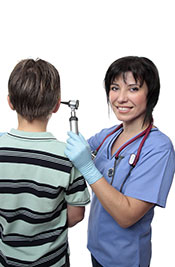 Interestingly, the study concluded that xylitol intake, either within chewing gum or lozenges, can lower the risk of acute middle ear infection (AOM) (14).

In a double-blind, randomized trial featuring 306 children in daycare nurseries, 31 out of 149 children in the sucrose group developed ear infections during the two months of the study.

In contrast, only 19 out of 157 children in the xylitol group developed an ear infection (15).

On the negative side, xylitol is not only positives.

There are also several concerns and potential side effects of using xylitol.

1. Can Be Fatal For Dogs, Cats and Other Pets 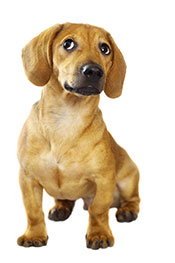 While xylitol does not have a measurable effect on insulin levels in humans, it does in other animals.

When a dog or cat eats xylitol, their body confusedly mistakes the xylitol as a source of glucose and produces insulin.

Unfortunately, this results in low blood glucose (hypoglycemia) and, depending on the dose, this can lead to liver damage and can even be fatal.

Furthermore, the dangerous dose is only 100 mg per kg of body weight, meaning just 1 gram of xylitol would be hazardous for a 10 kilogram dog (16).

The sweetener can be just as problematic for cats, but cats are more discerning with their choice of food, and dogs are much likelier to ingest xylitol.

Key Point: Care is needed when using xylitol around pets.

Larger doses of xylitol (and most sugar alcohol sweeteners) may cause digestive side effects for some people.

For most people, xylitol is well-tolerated at doses of up to 90 grams per day (17).

However, for some people, higher doses can cause digestive side effects and discomfort. Typical symptoms may include abdominal pain, bloating, gas, and laxative effects.

If digestive issues are still present on low-medium doses (20 g – 50 g) of xylitol, then it is probably better to look for alternatives.

Key Point: Xylitol intake can have gastrointestinal side effects such as bloating for some individuals.

Is Xylitol Safe For Children?

There does not appear to be any significant concerns over children consuming xylitol.

First of all, xylitol is a common ingredient in a range of products that children use.

Children can use all of these products, and some are aimed at young children.

Concerning the research on xylitol, several studies show that it can help to reduce the risk of dental caries in children (18).

While there are no unique concerns about xylitol and children, it is worthwhile to watch out for potential side effects or symptoms of gastrointestinal distress.

Some people do not tolerate sugar alcohols well – whether they are an adult or a child.

Key Point: There do not appear to be any specific concerns over xylitol use in children, and it may even improve their dental health.

As shown in this article, there are not any severely negative points about xylitol – except for the threat it poses to pets.

For any pet-owners with concerns about xylitol, it is essential to be aware of foods that contain the sweetener.

Here is an exhaustive list of foods and products that may contain xylitol;

Is Xylitol a Healthy Sweetener?

All in all, there are several potential benefits that xylitol use may offer.

For those who can tolerate xylitol, all the evidence points to it being a healthy sugar replacement.

However, for anyone with sensitivities to xylitol or sugar alcohols, it may be better to look at alternatives such as allulose.

Lastly; since xylitol can be extremely dangerous for dogs, pet owners should carefully consider using this sweetener at home.

Swerve Sweetener: Is It Really a Safe Sugar Substitute?

Is Stevia a Safe Sweetener?

What Is Erythritol and Is It a Healthy Sweetener?

Is Maltitol a Good Sugar Alternative?

What Is Sorbitol and Is It a Safe Sweetener?

What Is Sorbitol and Is It a Safe Sweetener?

4 thoughts on “What Is Xylitol? A Review of the Benefits and Side Effects”